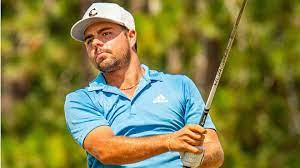 A rising Spanish pro golfer made a name for himself in the history of golf.

Alejandro Del Rey made history in the second round of the Challenge Tour’s Swiss Challenge. The rising Spanish pro golfer completed the lowest score ever recorded in history with regards to par, completing 58 strokes on a major tournament on a par-72 Golf Saint Apollinaire, a course situated in Basel, Switzerland.

Del Rey completed the feat after posting an opening two-over 74, mixing three eagles and eight birdies in a 14-under-par 58. After displaying sequential eagles on Nos. 11 and 12, and birdies on No. 14 and 15, the Spanish golfer could have gone 55 if he resorted to a birdie. Instead, Alejandro Del Rey made par on the final three holes to secure his claim to a record-breaking 58.

However, even after displaying this historic moment, Del Rey still fell two shots behind leaded Marcel Schneider, who made a course record with a 61 on the event’s opening day.

Clad in a golf shirt he wore when he shot the historic 58, he had a one-on-one interview with the European Challenge Tour. When asked about how was he feeling when he hit his impressive mark, Del Rey responded,

When asked about his eagles, the pro golfer responded:

“I’m a guy who makes a lot of eagles, but three in a round, it’s kind of crazy.”

Del Rey also looked forward to the next day after completing his feat, saying he’s happy to relax, but he’s still caught in feelings of joy and happiness.

“I’m happy to take a nap because I need it, but I don’t know if I’m going to be able to take a nap right now because I’m pretty pumped. But I’ll have some food and kind of try to relax a little bit and try to take a nap.”

When inquired about playing in a new golf course, Del Ray emphasized patience was the key for his remarkable success:

“I really enjoyed it. It suits my game pretty well. I think the key for me is staying patient out there. I’m going to have a lot of putts for birdie, and I can’t let myself go [like] a little bit yesterday [where] I [missed] a lot of them. I did pretty good today when I dropped the first couple ones, I stayed pretty patient when I missed a couple again, and then I just went back [to] it.”

Alejandro Del Rey was born in Madrid, Spain, on February 18, 1998. He has been a golf pro since June 2020. Del Rey has a productive career at Arizona State, wherein he bagged four collegiate titles while in Tempe. Likewise, he brought the bronze medal to Spain during the 2018 World Amateur Team Championship. All of these feats propelled him to the 392nd spot in the Official World Golf Ranking.

A few other pro golfers posted the same 58 score, but on par-70 layouts. So let’s check out who are the pros who made it to the elite group of 58s.

Jim Furyk – The American golfer claimed the moniker Mr. 58 in 2016, and rightfully so. During the 2016 Travelers Championship, Jim Furyk made the first-ever 58 in PGA Tour history, beating Al Geiberger’s 59 that transpired nearly 40 years ago.

He fired all the cylinders on his game, hitting all 18 greens, posting 10 birdies, 1 eagle, and 24 putts.

Prior to his remarkable 59, Furyk had shot a 59 in the third round of the 2013 BMW Championship, being the first and oldest player to display two sub-60 rounds. He’s undoubtedly a golf ball-striking machine!

Jason Bohn – 20 years ago, Jason Bohn obtained the glorious 13-under par 58 at Huron Oaks Country Club for a four-round total of 260, winning over Jace Bugg. Even more surprising than his score, he pulled it off with a bogey on the par-3 8th hole.

In an interview with ESPN, the pro golfer expressed his happiness after topping his own highest record:

“It was wild—a crazy day. Everything went my way. I’d hit a bad shot and then chip it in. I made a ton of putts. I played well but was able to cover a bad shot with a luck shot. The best round I’d ever had before was 62.”

Ryo Ishikawa – This Japanese pro golfer was five years younger than Alejandro Del Rey when he bagged his historic feat in 2010.

At 18 years old, Ryo Ishikawa wowed the whole world with his 12-under 58, the lowest score to win The Crowns for his 7th Japan Tour title in Nagoya Golf Club course.

The Japanese golfer set a new record for the Japan Tour, beating Masahiro Kuramoto’s 58 in the 1st round of the 2003 Acom International.

Ishikawa won for the first time in the Japan Tour as a 15-year-old amateur at the Munsingwear Open.

Stephan Jaeger – This German pro golfer set his remarkable 12-under 58 during The Web.com Tour at TPC Stonebrae in 2016.

He was 27 years old by the time he got his hands on the 58 score—garnering impressive stats during that round: 15 of 18 greens, 12 of 13 fairways hit, and 23 putts. Jaeger remarked that his game went well. Through Golf Digest, the German golfer said:

“Everything went well. I was driving the ball well. I was making everything. I got the good breaks. Even the bad shots, you’d get a good bounce and have 15 feet and make that. It was just a blackout round. It really was. Those don’t happen too often.”

What’s next for Alejandro Del Rey?

For him to achieve such a momentous accomplishment at a young age, Alejandro Del Ray will indeed have a bright, successful professional career ahead of him.

May his remarkable 58 cement his name in the history of golf and inspire young golfers that they can achieve equally exceptional feats as well.

Jordan Fuller is passionate about golf and all the good things it entails ever since he was a kid. He enjoys hitting the links, coaching golfers of all levels, and providing free professional golf advice on his website, Golf Influence.