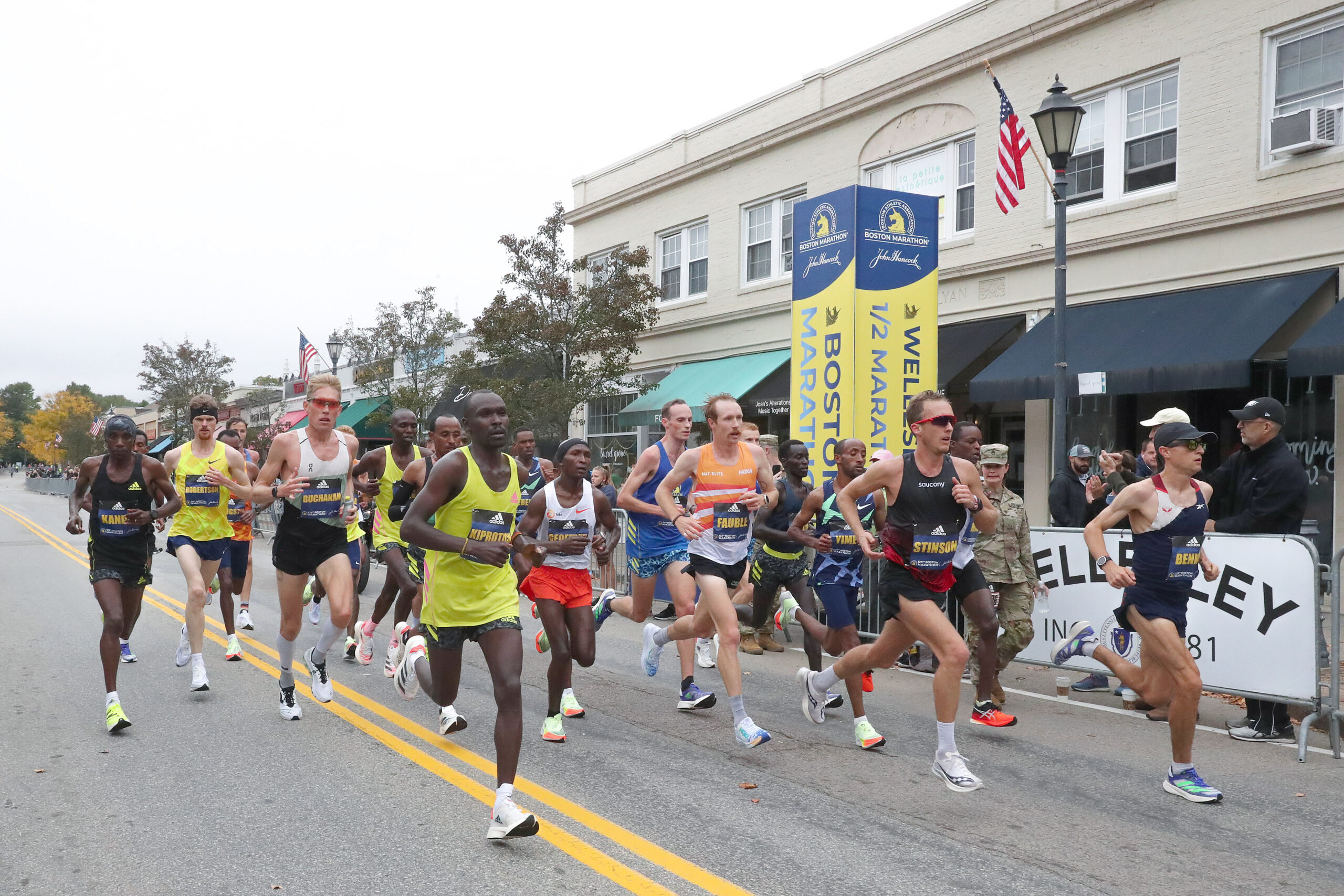 If you run 5km as fast as you can, your pain will dominate almost to the point of surrender; you want to quit because you have nothing left to give or you get to quit because the finish line mercifully appears, fiendishly compelling you to run even harder before you collapse in agonized exhaustion.

Now double the distance to 10km and see how that feels at the end.

Still not hard enough? You can try racing a half marathon, which is 21.1km of torture when testing the limits of your capabilities.

Or you can do the big one; the granddaddy of them all, the full 42.195km marathon. It requires a level of dedication to running you might not think exists, while you embark on a journey for the ages that will include racing all of the aforementioned distances until you are comfortable with each.

The shorter the race, the faster the pace, yet that doesn’t mean you’re running slowly in a marathon.

If you are willing to “go the extra mile” to get there, why not attempt the most iconic marathon on earth, the Boston Marathon?

It’s the oldest annually run marathon, and the only marathon in which you must qualify to get in by running fast enough at another sanctioned marathon.

It is a monumental athletic achievement to run a marathon, which is just over 26 miles for those still using the imperial measuring system.

There are other marathons in cities around the world, many of which are great, such as London, Rotterdam, Berlin, New York and Chicago.

These marathons are considered to be fast courses, with the possible exception of New York, hence your best bet to achieve a qualifying time for Boston.

Slow courses include Seattle and Vancouver because of hills and turns, with Victoria being a touch faster.

The point is, if you’re going to do all the work required to get a marathon ready, why limit yourself to one local marathon?

You can maintain your fitness and re-deploy in mid-April to run Boston, which is universally recognized as the most iconic of them all. Qualifying times for Boston are based on five-year age groupings.

If you missed qualifying by a minute or two, don’t despair; join a run club to find training partners perfect for you and if you can afford it, go to a city with a faster course to qualify.

With proper training and goal setting, the dream of running the Boston Marathon can become a reality. Picture yourself at the starting line as a pair of  fighter jets do a low fly past while shooting your adrenaline  through the roof. ]The course starts at rural Hopkinton, MA and ends on Boylston Street in Boston, MA.

Right around the halfway mark outside Wellesley College, a large sign reads: “For the next 850 decibels you will be passing through Wellesley.” You can hear the din from a half mile away but when you get there, you will have goose bumps while the hair on your neck stands on end as thousands of cheering, screaming supporters urge the runners on.

If you’ve seen clips of the Beatles at Shea Stadium in New York in the 1960s, just take out Paul and insert yourself during the introduction and you’ll have a close facsimile to Wellesley.

It is an iconic experience at an iconic event. Later, you spot the helicopters overhead with cameramen leaning out. You’ll head down a hill and see enormous television monitors showing you running towards the camera.

The crowds thicken into the tens of thousands as you get to within the last few kilometers. And then a left turn reveals the final straightaway.

A half mile from the finish and you won’t care about the pain anymore, much less notice it. Just get there. Almost there. And listen to the crowds scream their approval. And then it’s over and your incredible journey is done, never to be forgotten.

If you are running your first Boston Marathon this year on April 18th, proper training and mindset will improve your performance. Save energy by avoiding tourist temptations until after the race.

John ran Boston In 2001 and was inspired at the awards ceremony. He returned in 2005 and made the podium … I ran in 2005, finishing in a competitive time.

Here are our five preparation tips to get you marathon ready, set a personal best or make the podium.

1. Adjust your training as needed to prepare yourself for the route. Boston has a lot of rolling downhill plus a tough 8km stretch of uphill, culminating with “heartbreak hill,” where many runners have dropped out of the race. Do your hill training.

2. Getting enough sleep and eating healthy is also important to improve your performance. Combination of sleep, and diet is a must.  Hydrate fully three days prior to racing.

3. Study the course and be knowledgeable of the hills, and challenging parts. Become mentally prepared by visualizing the route. Know your intended pace and monitor it through each 5km segment, adjusting as needed.

4. Arrive two or three days before the marathon to acclimatize, get to know your surroundings. Stay off your feet as much as possible to save your legs for the big day.

5. Packing, bring an extra pair of shoes and/or sandals. Your feet will swell from 42kms of running and need extra room. Stay out of the sun and wear sunscreen and running cap for shade.

With files from John Moe

In this time of completely uncertainty both RunWithIt as well as Sportswave offer our thoughts to the people of Ukraine, their future and offer our prayers.