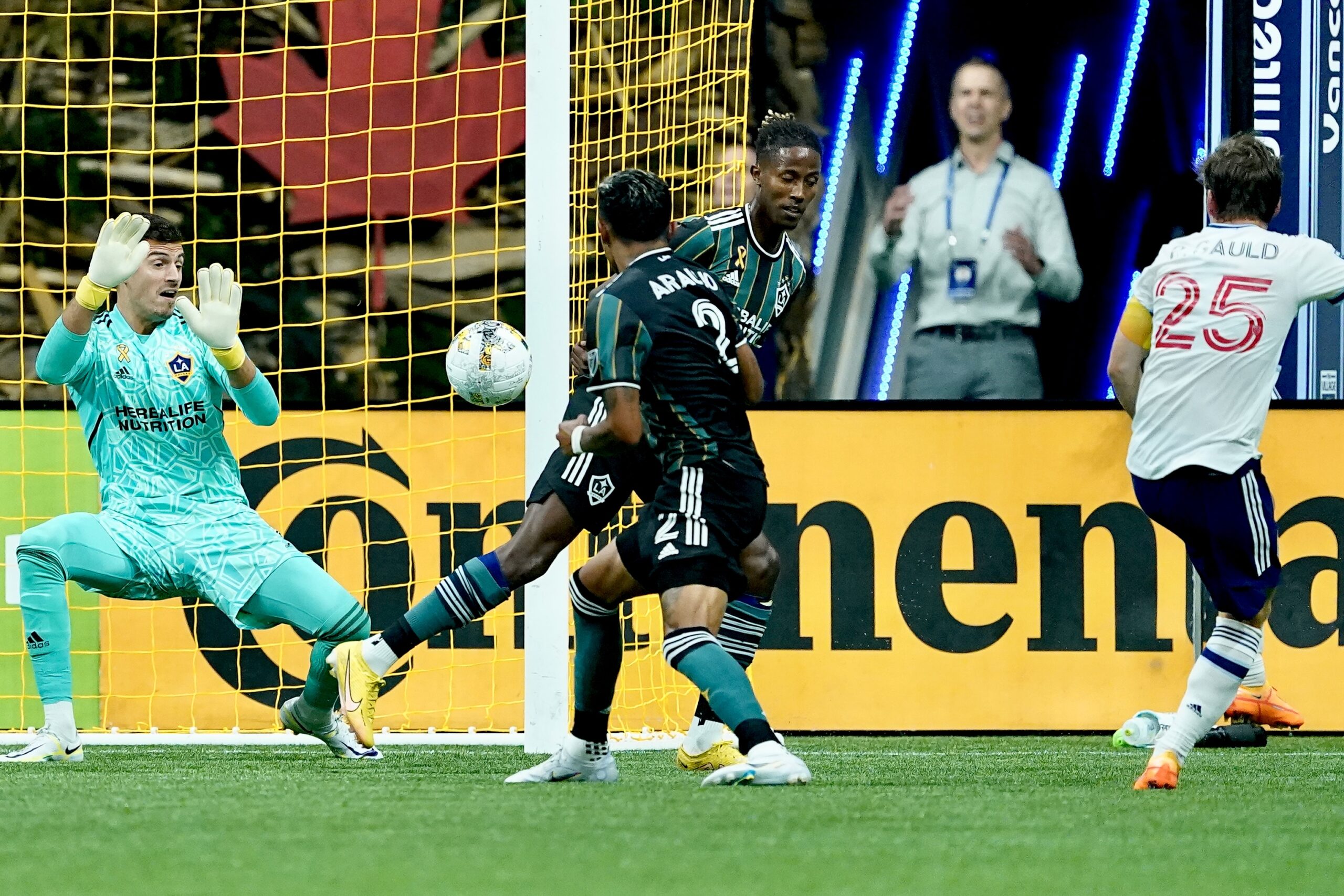 If ever a team was in need of a win to keep their season alive it was the Vancouver Whitecaps who of late have been unable to put points on the board.

To the surprise and shock of many in the area the Whitecaps managed to pull out a 3 nil victory over the L.A.Galaxy (11-12-7) in a mid-week matchup at BC Place.

The Cap’s (10-14-7) are sitting six points out of the playoffs with three games remaining in the regular season, but there is still an outside chance, albeit slim.

The Galaxy came close to opening the scoring 20 minutes with Javier “Chicarito” Hernandez managed to get a header from inside the six-yard box, but to the delight of Caps supporters the ball sailed wide.

Whitecaps midfielder Ryan Gauld opened the scoring in the 58th minute that saw a momentum swing for the Cap’s giving them the belief that a win was possible.

As if one wasn’t enough they were driven by their momentum swing that saw their newest member Pedro Vite the Caps second in the 68th which ironically was his first MLS goal.

As much as the Galaxy pressed the Whitecaps seemed to be driven by the support they were getting from the Southsiders as well as the remaining 16,681 fans in the building.

Changes play a key role with any team and on this night it was Tosaint Ricketts who came off the bench giving the Caps the added punch they needed in the 86th minute.

Control and timely possession in any sport can change the game, but on this night despite the 67.8 % that the Galaxy had failed to guarantee them a win.

Vancouver outshot the Galaxy 6-2 in shots on goal that saw Caps keeper Thomas Hasal make two saves for only his third clean sheet of the season.

Galaxy keeper Jonathan Bond had three stops but was unable to guarantee the Galaxy a road win as they head home for a game against Colorado Saturday night.

Following the match Whitecaps Head Coach Vanni Sartini mentioned “He’s improved a lot,” that Vite is now training with more intensity. “If you don’t train with intensity you’ll never play with intensity and he looked (like) he finally understood that. … So I hope that this quality and intensity is going to have continuity.”

Following the match Nervinski mentioned “I told the guys that this is a statement win to say that we’re not giving up, we’re not bottling this season.”

Gauld told the media “I think we needed that after the few weeks and the couple of months we’ve had and we needed not just the result, but I think the performance, especially the second half.”

The Whitecaps host the Seattle Sounders in game two of a three-game homestand.

NOTES: (thanks to the Caps)

Vancouver’s leading scorer Lucas Cavallini was out serving the third game of his four-game suspension.

Whitecaps midfielder Sebastian Berhalter was shown the yellow card in the 82nd minute and will be suspended for Saturday’s game.

Wednesday marked the first time the Galaxy have played at B.C. Place since April