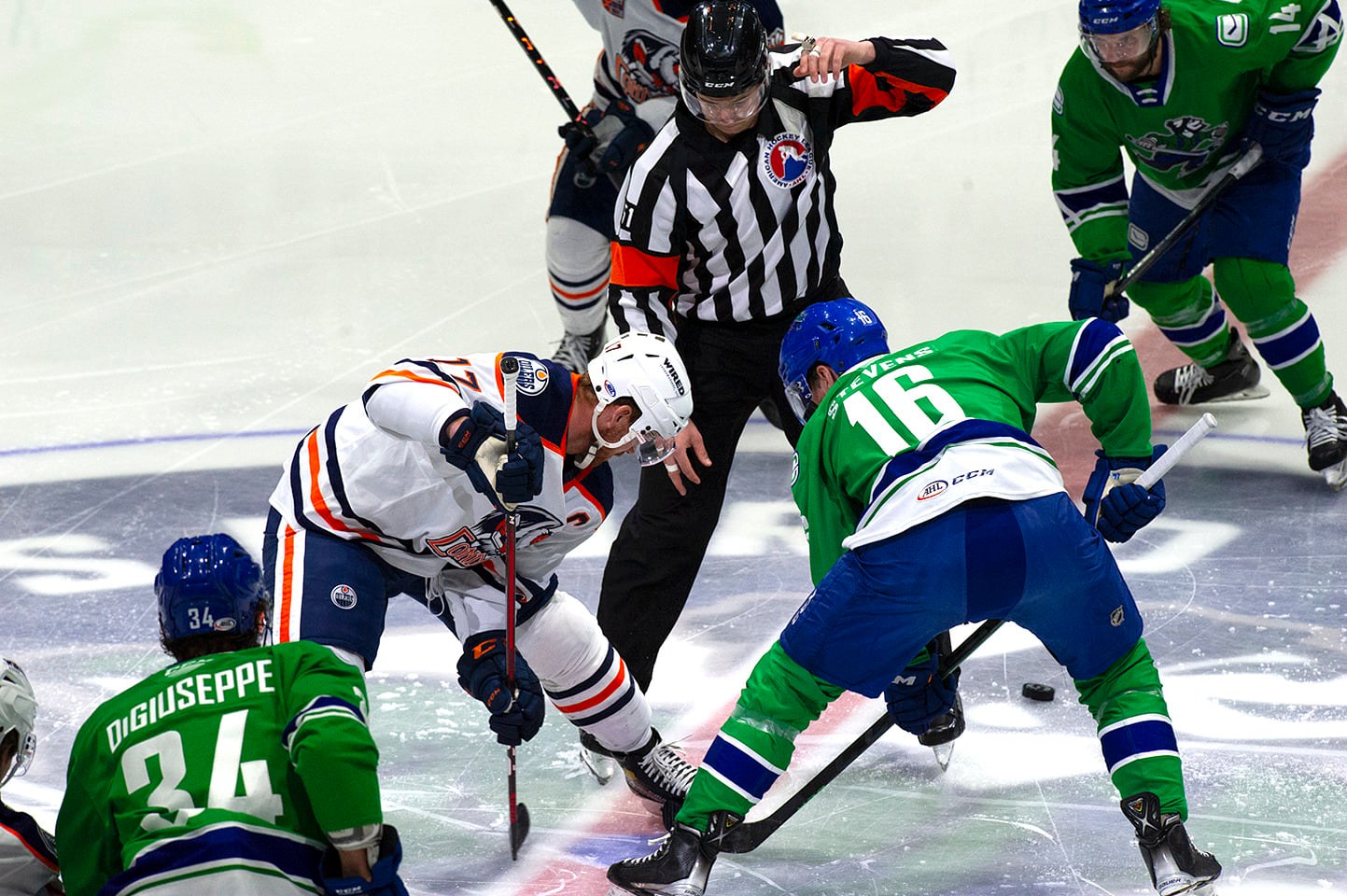 Entering the game the Abbotsford Canucks have three games remaining with the last two on the road in Winnipeg against the Manitoba Moose.

Walking around the concourse I had a chance to talk with many of the local fans including Gary McCaskill who is the Senior Consultant at Magnuson Ford.

He is one of the many who bought season tickets on a five year package when they first went on sale after the announcement they were coming to Abbotsford.

The final regular season home game saw them treat the fans to a 4-2 win over the Condors on home ice that saw the visitors Seth Griffiths open the scoring at 6:15.

Not to be outdone, Canucks forward Sheldon Rempal got them even scoring his 32nd of the season that saw Bowey and Dowling grab assists on the goal making the game even with Abby outshooting the visitors 12-8 after 20 minutes.

The Canucks started strong in the second scoring first at 2:19 with Alfaro (11) while Jett Woo get the only assist on the goal.

The second was entertaining that saw Bowey give them a comfortable 3-1 lead notching his 8th of the season with the second coming to a close with the Canucks again outshooting the Condors 13-6 after 20 minutes.

The Canucks continued to press with Rempal getting his second of the game at 15:57 putting the home team up 4-1 while Dowling got the lone assist.

With the net empty the Condors pulled their tender for the extra attacker that saw Adam Cracknell (21) pull them within two at 17:41 with former Giant Tyler benson and Philip Broberg  collecting assists.

Abbotsford now extends their winning streak to a league high nine games for 84 points with two games remaining sittig third in the Pacific Division, while the Condors sit fifth.

The win has them one point away from securing home-ice in the first round with the final shot tally for the game saw Abby outshoot the Condors 32-22.