The soccer world has recently sent out the following press release and we wanted to share this with you.

The Women’s program continues to grow with various athletes stepping up to take the game to the next level.

Of course the one that most are familiar with is Christine Sinclair who grew up in Burnaby taking her talents from the lower mainland to the world stage. 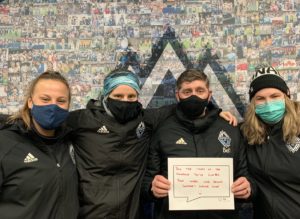 Canada Soccer announced that Jasmine Mander has been hired as a Performance Analyst for the Women’s National Team.

The former Canadian youth player will play an important role as part of the coaching staff with the team getting ready to kick off Canada’s 2021 season in the build up to the Tokyo 2020 Olympic Games.

“We are really excited to welcome Jasmine to our team and I look forward to working with her as we start our journey towards the Tokyo 2020 Olympic Games,” said Bev Priestman, Canada Soccer’s Women’s National Team Head Coach. “Jasmine has been in the Canada Soccer coach education system, she has been a coach in our REX program, and as a former player also knows what it means to wear the Canadian jersey.

She is hungry to be the best that she can be, and I know she will strive to contribute to bringing this team to the next level.” 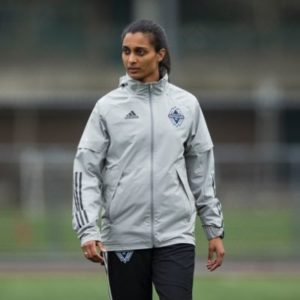 Mander most recently served as a coach in the Vancouver Whitecaps FC BMO Academy System, which is part of the Regional EXCEL centres program in British Columbia, since 2014.

She also served as a coach educator for BC Soccer and volunteers on the BC Soccer Diversity and Inclusion Committee.

In December 2020, she was recognized by the Women’s Executive Network (WXN) in Canada’s Most Powerful Women: Top 100 Awards.

As a player, Mander was 15 years old when she made her debut in the Canadian youth program in 2010.

She was part of the U-15 and U-17 Women’s National Youth Teams from 2010 to 2012 and was also part of the National Training Centre / REX program in British Columbia.

Mander was the captain of the University of British Columbia Women’s Soccer Team that won the 2015 CIS National Championship.