Sports is an everyday thing in many families in today’s world and as we focus on today’s youth they are all focused on reaching a plateau of success in their chosen sport.

We have just received this from Soccer Canada and wanted to share it with you for your reading.

Enjoy the info on our National Women’s Soccer Team:

Canada Soccer’s Women’s National Team pulled off a late 1:0 win over Argentina on the second match day at the 2021

The match featured the debut of three players with Samantha Chang, Jordyn Listro and Jade Rose all making their international “A” debuts. Evelyne Viens made her second appearance while Stratigakis made her third appearance.

For Head Coach Priestman, these valuable international minutes will be key to players’ development and the future of the Women’s National Team in 2021 and beyond.

“It wasn’t our prettiest game, but I think as a group we found a way to win and that’s what the best teams do,” said Bev Priestman, Canada Soccer’s Women’s National Team Head Coach. “We got to see more young players in the lineup and for the group we got to see them face some adversity and some frustration through playing a tough opponent. That happens in tournament football, but we knew the goal would come through the group being patient and believing in themselves.”

Canada will play their third and final match at the SheBelieves Cup against Brazil on Wednesday 24 February (16.00 local) in a fight for second place in the group.

On the Stratigakis winner, the play started with a Janine Beckie free kick from distance and the ball bounced into the box.

Jessie Fleming eventually played it into the path of a sliding Stratigakis who then beat goalkeeper Laurinia Oliveros to the ball and knocked it in for the 1-0 win.

Canada nearly scored again two minutes later on a chance created by Deanne Rose’s speed to the touchline. Rose stayed on her feet and played it into the middle, with the ball hitting Viens before Janine Beckie chipped it back to Viens in the middle who headed the big chance just wide.

From the first half, Argentina’s Oliveros made a big save in the 23rd minute after a pair of touches nearly opened the door for Jessie Fleming.

Clarisa Huber played it back to Aldana Cometti whose attempted clearance bounced into Fleming’s path, but the Fleming header was saved by Oliveros.

In the 37th minute, Leon was wide with her free kick opportunity from just outside the box. A couple minutes later, a Leon cross bounced into the path of Fleming, but her shot was wide of the target.

Into the second half, Canada created several early chances through crosses into the box. In one sequence in the 50th minute, Canada had the ball bouncing around in the box before Oliveros jumped on the ball.

Argentina’s first big chance was in the 65th minute on a cross that Soledad James headed off the crossbar, although the play went out for an Argentina corner kick.

As play continued in the second half with Canada’s substitutes in action, Deanne Rose created a good chance in the 70th minute with her speed to the touchline while Viens had a chance in the box in the 80th minute on a shot that went out for a corner kick.

Into the dying minutes, Stratigakis scored the winning goal in the 92nd minute.

“The team was playing really well and we were creating chances so I just wanted to make an impact,” said goalscorer Stratigakis who came in as a substitute in the 73rd minute. “It was a surreal feeling scoring the winner and honestly the best part was just jumping into my teammates and sharing the moment.”

Thanks to Soccer Canada for the press release!! 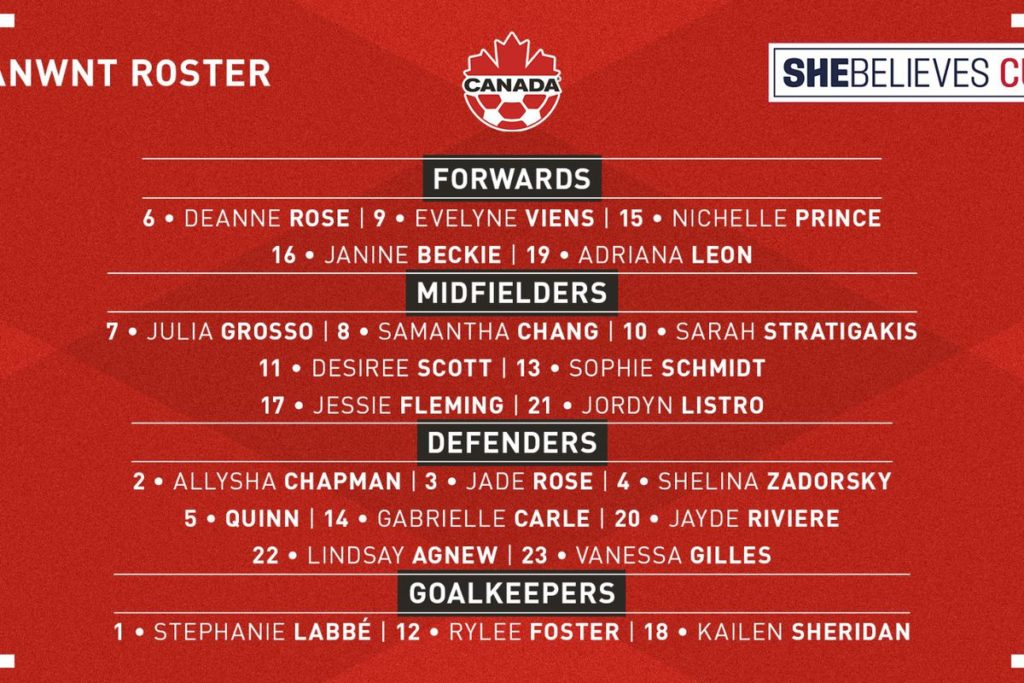