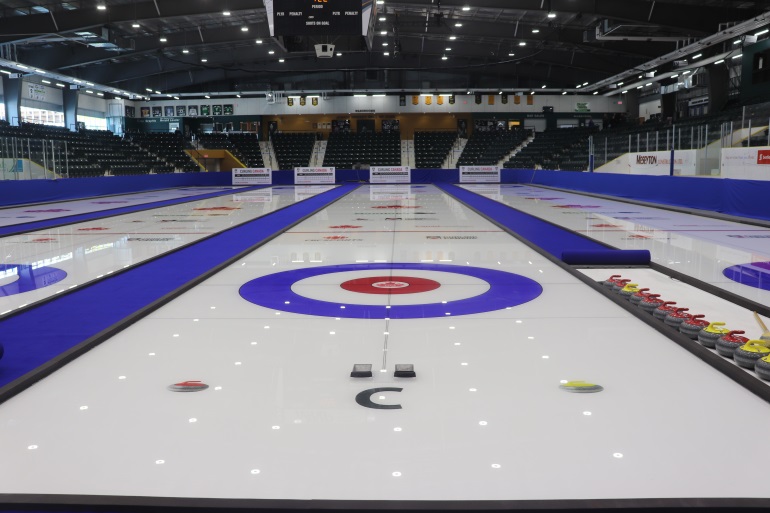 Regardless of the sport you are involved in, sport has a way in which to allow us to put any negative thoughts we may have aside and focus on having fun with family and friends.

Covid aside, putting this thought aside is taking its toll on everyone and every part of society regardless of age, gender or nationality and think what you will – we’re all in this together!!

Here in BC it was recently announced that all sports tournaments have been cancelled which covers numerous sporting events, or rather tournaments that would otherwise attract huge numbers at all games.

From one ice surface another we hear that another sport being swept aside was scheduled to be played in Canada’s Olympic mixed doubles curling trials have been cancelled because of a rise in athletes testing positive for the COVID-19 virus.

The mixed doubles event was slated to throw the first rock in Portage la Prairie, at Stride Place, and was to be the final rock for the 16-rink trials in deciding Canada’s mixed doubles team for the 2022 Winter Olympics in Beijing.

Due to the increasing numbers of Trials-bound athletes testing positive for COVID-19 in addition to the overall rise in cases across Canada, that alone made it completely impossible to host the event in a safe and responsible manner for athletes, staff and volunteers attending.

In a statement released by Curling Canada it mentions “The increasing numbers of trials-bound athletes testing positive for COVID-19, along with the rise in cases across Canada, made it impossible to stage the event in a safe, responsible manner for athletes, staff and volunteers.”

The statement continued stating “Unlike the Calgary bubble, which had months of preparation time and allowed athletes to self-isolate at home, and get tests done prior to their departure for

the events, the dramatic rise in positive cases related to the sudden emergence of the Omicron variant across Canada in the past week made those safety precautions impossible to carry out.”

The organizations high-performance staff will consult with the Canadian Olympic Committee and Own The Podium on how to nominate a mixed doubles team that will represent Canada for the 2022 Winter Olympics.

Let’s remember that Canada is the defending Olympic champion in mixed doubles, a sport that made it’s debut in the Pyeongchang in 2018.