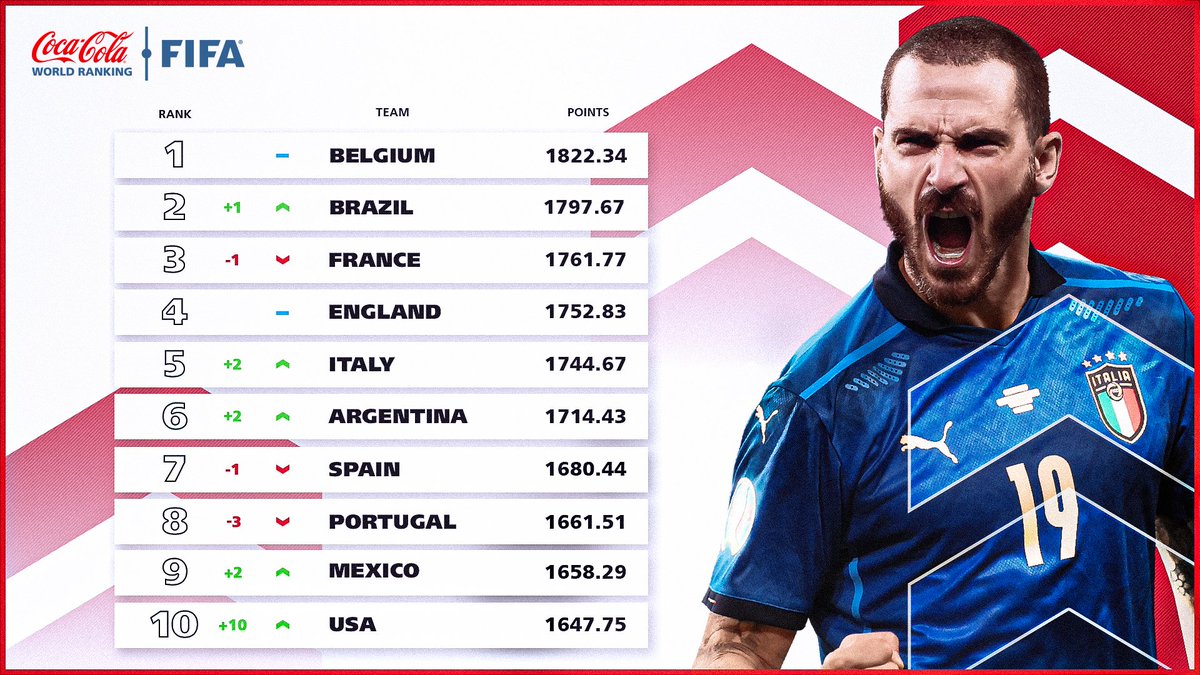 It’s been  a strange world for the past 16+ months and now that most things are starting to open up again we wanted to share the recent press release received.

Enjoy the read and if you live in the lower mainland remember that the Vancouver Whitecaps hit the “pitch” August 21st at 7 pm.

With UEFA EURO 2020, the 2020 Copa America, the 2021 CONCACAF Gold Cup, qualifiers for the FIFA World Cup Qatar 2022™ and continental tournaments, as well as friendly matches all on the slate, no fewer than 348 international encounters have taken place since the last edition of the FIFA/Coca-Cola Men’s World Ranking was released.

Consequently, there has been a considerable amount of movement in the standings, although Belgium managed to retain their top spot despite being eliminated in the quarter-finals of the European Championship.

Their last-eight opponents and eventual winners of the tournament, Italy, (5, +2), moved up into the Top 5, just behind EURO runners-up England (4, no change).

Argentina (6, +2) reaped the benefits of a triumphant Copa America campaign, while the two Gold Cup finalists broke into the Top 10.

Victorious in that tournament and winners of the CONCACAF Nations League as well, United States (10, +10) climbed no fewer than ten places, eight more than Mexico (9, +2), who, despite losing in the final of both competitions, now sit one spot above their continental rivals.

In addition, it is worth noting the impressive progress made by Gold Cup invitees Qatar (42, +16), who reached the semi-finals in the USA, thereby recording the largest climb of the month and equalling their highest-ever position in the Ranking, which dated back to the first edition in 1993.

The next FIFA/Coca-Cola Men’s World Ranking will be published on 16 September 2021.

Teams that are no longer ranked    none