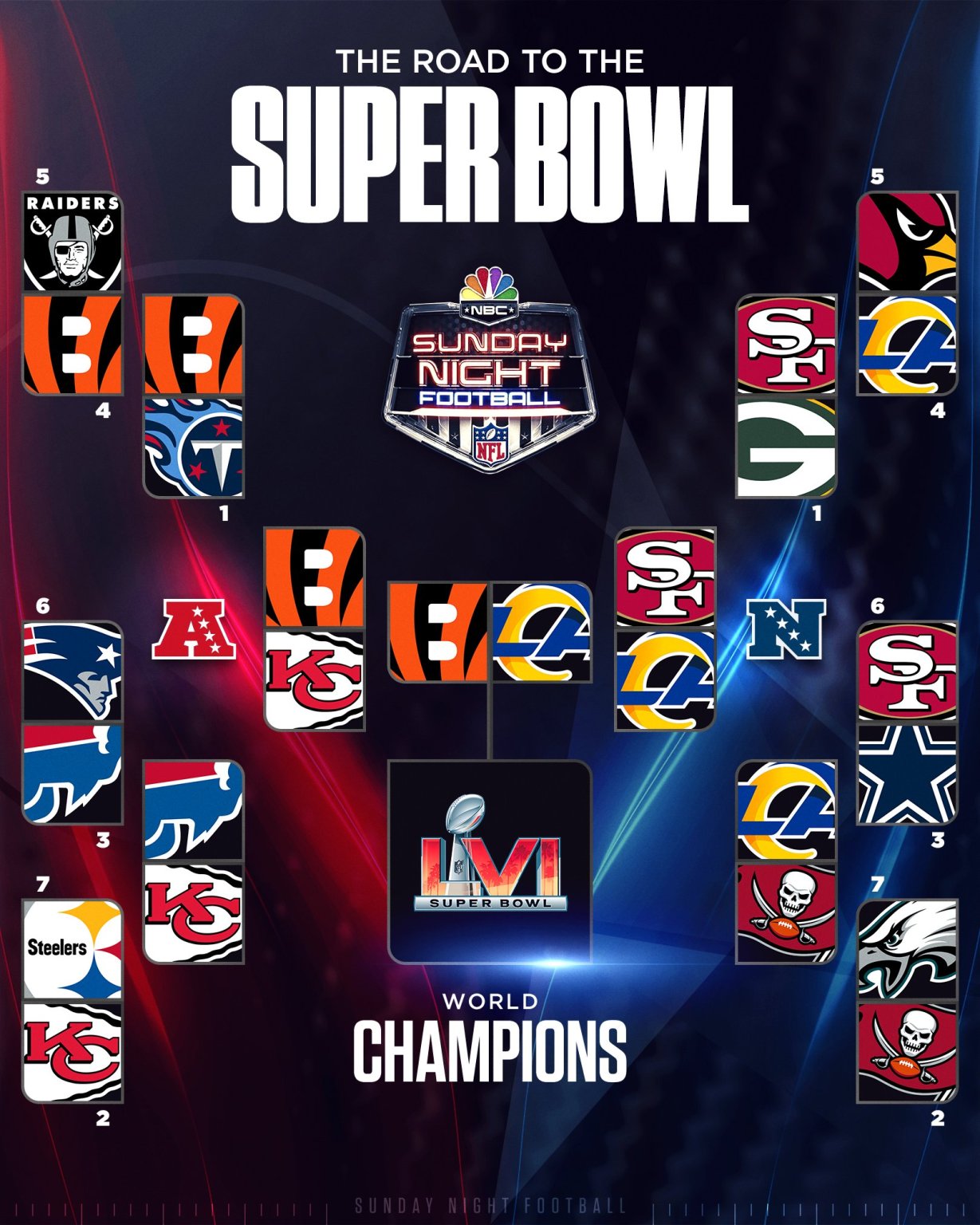 The road to the Super Bowl isn’t easily traveled and for many it’s a betting game as to who will make it given the fact that there are 32 teams in search of the Vince Lombardi Trophy that was first awarded January 15th, 1967.

Time and history moves on regardless of the team you cheer for you should remember that today’s league comes long after the merger of the National Football League and the American Football League in 1966.

Once the merger was complete the next question was for Pete Rozelle and VP of Tiffany & Co Oscar Riedener to discuss the design of a new trophy for the newly formed league, which was first sketched on a napkin.

The first trophy was awarded to Green Bay who defeated the Kansas City Chiefs 35-10 in a contest that was played at the LA Memorial Coliseum that saw 61.946 on hand to watch the onslaught.

If for no other reason the Rams won’t have far to travel for SuperBowl LVI played February 13th at SoFi Stadium, home of the Rams which seats 70,240..

Getting to any final championship isn’t without added pressure on either team, but this year saw the Rams annihilate the Arizona Cardinals 34-11 in Super Wild Card Weekend.

The win allowed them to advance to the Divisional round for the second year in a row and only the third time in the last four seasons of play.

The loss by the Cardinals was their fifth in their last six matches in 2021 giving them a fast exit for the golf course after their impressive 10-2 start.

Each round means the games will only become tougher going up against tougher opponents and the second round saw the Rams face Tampa Bay that saw the Rams take an early 3-0 lead on their first drive and jump out to a 20-3 lead at the half.

Tampa clawed back tying the game at 27, but as the clock was winding down to the surprise of many it was Stafford who hit Kupp on a long ball that set up the game winning field goal that saw the Rams pull out a 30-27 win.

As ironic as it was, that was only the third time over the course of the weekend that a last second field goal proved to be the difference and in this case it’s the Rams who were advancing.

To the shock of many the Rams host the 49ers in the NFC Championship game with oddsmakers in Vegas questioning their betting line as the games continue.

The Rams had lost it’s last six games to the 49ers and were down by a score of 17-7 entering the fourth quarter, but given the play of late for the Rams no one was counting them out, especially the 49ers.

Rams QB Matthew Stafford hit cooper knupp for a 11 yd TD that set up Matt Gay who hit for a 40 yard FG with 6:49 remaining that tied the game at 17.

Pressure was on both QB’s and given the time remaining the 49ers went three-and-out managing a delay of game penalty which set up a second and 15 that saw Garoppolo miss a pair of completions setting up a San Fran punt.

The Rams got the ball on their 39 setting up a third and three which was good for a 25 yd completion on the 12 yd line, but that was all they could manage on this play as Stafford got sacked on a second and 11 for a loss of 7 yds.

The Rams were hot on FG’s and again they turned to Gay who hit a 30 yd FG giving them a 20-17 lead and the third play saw a pass from Garoppolo deliver one to Hasty only to have it deflect to linebacker Travin Howard, giving the Rams the win.

The win has the Rams playing for the title for the second time in four year and while some might remember the Rams don’t want a repeat of their loss to the Patriots in 2018.

The Rams’ Super Bowl odds improved to -175 with the win, and have opened as 4.5-point favorites against the Bengals in Super Bowl 56, this according to SportsBettingDime.com