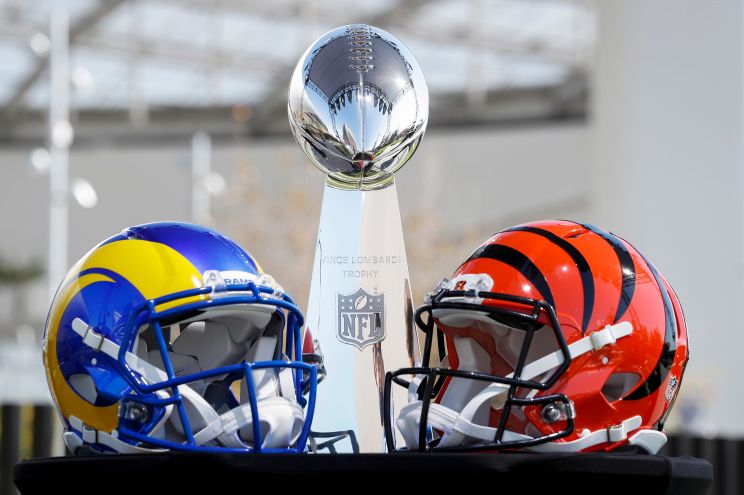 Odds are that discipline will play in the hands of the winning team for Super Bowl LV1 Sunday at SoFi Stadium which was completed in 2020 at a cost of nearly $5 billion which will be a win for the small business community in the area.

It would go to understand that the Rams are the favorite given that it is played in their stadium and interesting enough this is only the second time in history that a team is playing in a “home” stadium.

The previous time was last year when the Buccaneers played at home becoming the first team to ever win in their home stadium.

Playing any game in your own stadium should pretty much guarantee the home team a win, but that’s not always the case, but one has to think that the record should go to the home team, given the sell-out crowd of supporters

If you reflect back to the all-time Super Bowl race it should be known that the NFC has an edge with the Vince Lombardi Trophy going to the NFC 28 times compared to the 27 times for the AFC.

The era in the late 60s and 70s, was when bragging rights were dominant to the AFC who managed to win 11 of the first 15 Super Bowl Championships.

The longer the Super Bowl continues to be played the more costly the commercials become with all reaching out to the families in hopes of enticing them to purchase their product, but does it actually work?

In most cases the answer is yes as the average price of a 30-second commercial has slightly dropped from the past demand for many of the major advertisers.

Reportedly the average price charged by Fox was reported to be $5.5 million per half minute spot which dropped from $5.6 million charged in 2020, remembering that the highest price paid during the 1967 Super Bowl was $42,500.

While many are spending time focusing on both QB’s, others have their sights set on Cooper Kupp who was a third-round draft pick from FCS college in 2917 who averaged 893 receiving yards managing to score 24 TD’s over the previous four seasons.

If you are looking at a comparison for both QB’s with Joe barrow (6”4” 221 lbs) who was drafted in the first round in 2020 and prior to this had a short stint at Ohio State playing college at LSU where he won the Heisman Trophy  as well as the 2020 College playoff National Championship as a senior.

Across the line in hopes of guiding LA to a victory was 34-year old Matthew Stafford (6’3” 220 lbs) who was acquired after the Rams sent Jared Goff after a trade with the Detroit Lions.

There’s no question that the game will feature top defensive play as well as having each club sending a strong offense to the line putting pressure on their opposition QB.

Both are more that qualified to take home the Lombardi Trophy and let’s not forget that the Rams return after a three-year absence in the final.

While many on the west coast are focused on the game itself, some are more intune of catching the half-time show that features Snoop Dog, Kendrick Lamar, Dr,. Dre, Mary J. Blige and Eminem which no doubt could stir controversy of some sort; but we’ll see?

The overall game has the making of being more of a defensive battle between two solid lines as well as featuring two of the league’s top QB’s.