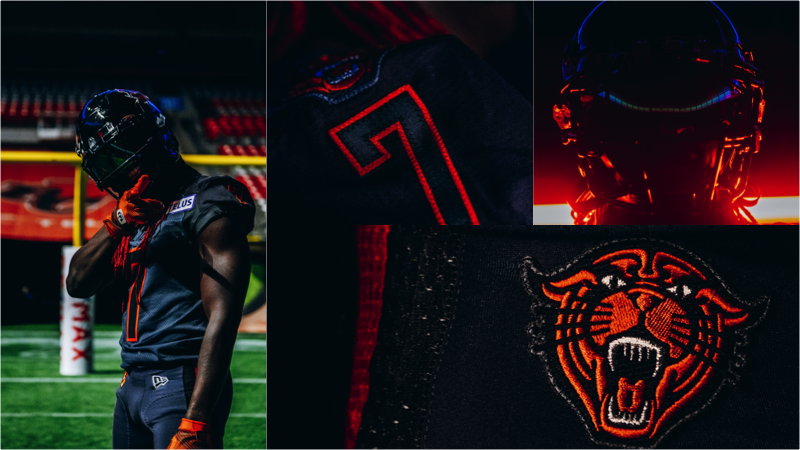 With halloween around the corner it’s time for the 10-5-0 Lions to offer up a treat for for the 14-2-0 Bombers that will see the Lions decked out in “spiffy” uniforms.

Reflecting back to week four (July 9th) saw the Bombers pull out a 43-22 win and reflecting on Saturday’s game is the second to last meeting of the season for both clubs.

Their final regular season game will be played in Winnipeg at IG Field October 28th prior to watching the Lions and the Bombers treat the fans to exciting CFL action.

The Lions came up short against Toronto last weekend returning to YVR reflecting on the 23-20 loss which was their second road loss this season.

The loss allowed the Bombers to grab sole possession of first place in the West Division after hammering Edmonton by a 48-11 trouncing.

Saturday’s meeting will be the 178th all-time meeting between both the Lions and Bombers that has the Bombers holding a 95-80-2 record which date back to 1954, well before the Lions players were even holding a football.

We received the following from Matt Baker, manager, communications and content regarding their third new version “Gun-Medal” grey uniforms, which are already a fan favorite.

Saturday will be Fan Appreciation night and beginning December 1st, the limited supply of game-worn jerseys will be available for purchase in an auction.

All of the proceeds from the third-jersey sales will go to the Greater Vancouver and Surrey Food Banks as the Lions are proud to support the great Purolator Tackle Hunger program.

The original gun-metal grey uniform was designed as part of the club’s 60th- anniversary celebration in 2013 and featured the club’s original paw logo on its helmets and shoulders.

The 2022 version (pictured above) includes our Quarterback Club logo on the shoulders while the helmets feature our special Indigenous-themed logo designed by Corrine Hunt. The original gun-metal uniforms were last worn during the 2014 season.

These jerseys will only be worn in 2022 and only be available for auction after the season concludes.

Should they win their three remaining games: Saturday against Winnipeg, next Friday at last-place Edmonton and then a rematch with the Bombers in Manitoba to close things out on October 28th.

Saturday’s game kicks off at 7:00 pm and is a presentation of London Drugs. Secure your tickets HERE.

For the call of the game, tune into AM 730 and listen to Bob Marjanovich and Giulio Caravatta deliver exciting game coverage with the pre-game show one hour before kickoff.

After the final whistle, you can tune in for the final hour of post-game coverage.

Youth 17 and under get in for only $10 while accompanying parents can join them for only $25.

Make plans and attend the Lions game and lets watch the Lions ROAR!!!