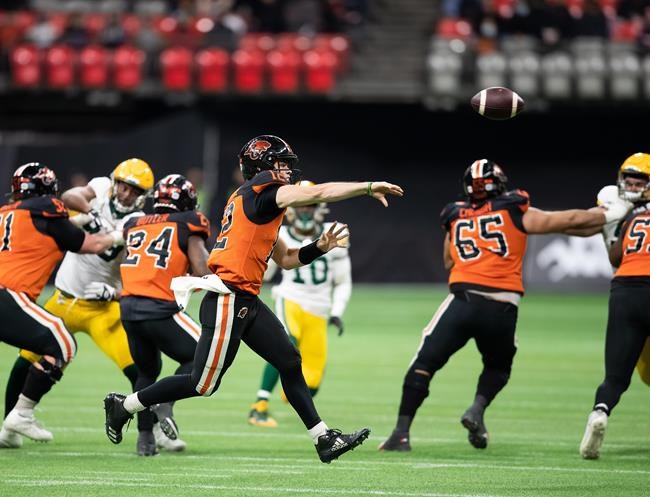 Locally we can put to rest the season for the BC Lions who finished third in the West Division with a record of 8-6-0 with 10 points, six behind Calgary.

If you were able to attend any game of the season you would have made plans to attend the home final against Edmonton Elk that showcased Lions future QB Nathan Rourke who guided the Lions to a 43-10 trouncing earning him with the CFL Top Performer of the Week honours.

He has had the chance to be taken under the “arm” of Mike Reilly who has bounced around from BC to Edmonton and back to BC in 2019 playing 16 games managing 20 TD’s gaining 3,897 yards.

This game was Victoria-born Rourke’s second pro start that saw him finish with 23 of 34 passes for 359 yards, including a TD to Bryan Burnham in the opening series of plays.

According to BC Lions Media Relations “Guru” Matt Baker the Ohio standout dressed for all but one game in his rookie campaign.

It’s true the season was a disappointment for players and fans considering that they missed the playoffs for the second consecutive season with a 5-9 record.

As with other teams, contracts come to an end that has the Lions head into the off-season with several top-end “key” players who are on the verge of  becoming free agents, including Lucky Whitehead.

Quarterback Michael Reilly remains under contract for 2022, though his age (37 in January) and paygrade have cast some doubt on his future with the team, mentioning that he wants to talk with his Family regarding his future, which is understandable.