I met Chris on a couple of occasions when he came to Vancouver to cover the BC Lions and as you can imaging his huge frame stood out above the rest, but he was a gentle giant of a man.

While he was here to cover the CFL my focus was to talk about the minor program in Canada and in particular Football BC to get an insight into his thoughts and to be honest, he was shocked that someone in the media wanted to talk minor football but he was in no hurray to drop our conversation and for that I was greatful.

Chris Schultz was a fixture as the TSN Football Broadcaster Analyst/color commentator who sadly passed away at the young age of 61 after suffering a heart attack.

Prior to his stint for TSN he was a giant at 6’8” on the offensive line playing in the Canadian Football League with the Toronto Argonauts also playing in the US  in the NFL for the Dallas Cowboys.

He was selected in the seventh round in the 1983 NFL Draft after finishing college at the University of Arizona.

Schultz played in 21 career games in the NFL from 1983-to 1986, starting in eight games followed by nine seasons with the Toronto Argonauts where he won a Grey Cup in 1991.

Chris continued his pro football career by playing with Toronto from 1986 to 1994 retiring from the game.

Chris was inducted into the Ontario Sports Hall of Fame in 2016 receiving the honour. CFL and NFL analyst that saw him leave an incredible legacy on the game.

Following his outstanding playing career the transition to the broadcast booth seemed a natural for him that saw him join TSN,s CFL broadcasting team.

Following the announcement of his passing many players took to social media paying their respects to Schultz the former football player and broadcaster to him and his family.

RIP Chris – The game won’t be the same without you!!! 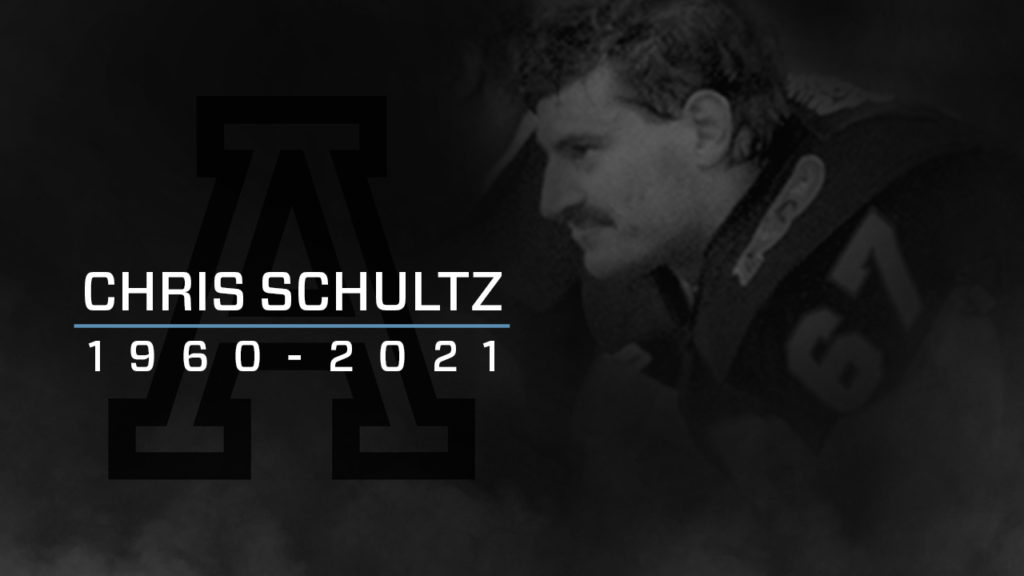