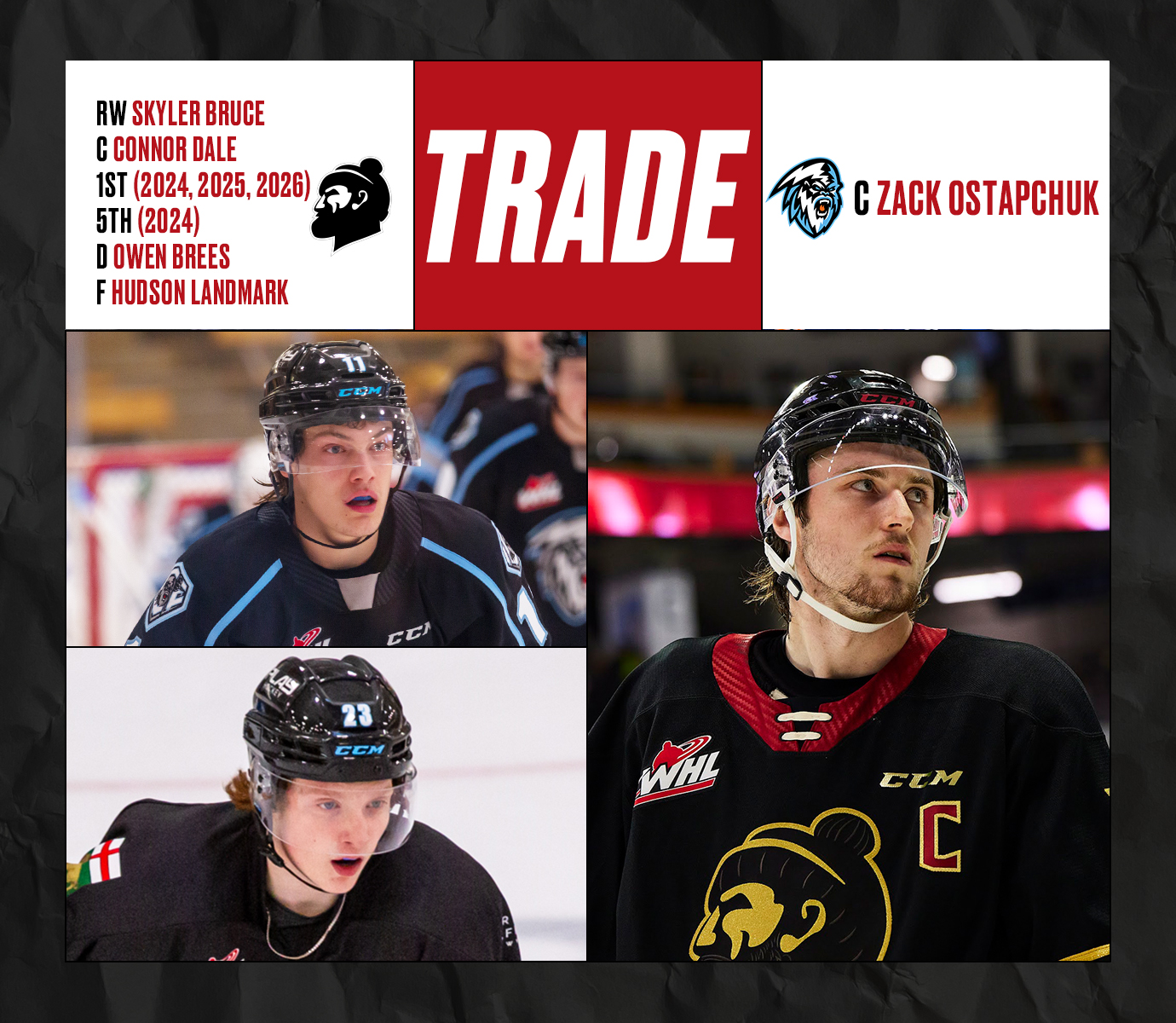 Given the recent success not only with  the Giants, but also the IIHF the price seemed too much to turn down for the Vancouver Giants.

With the trading dead-line two short days away it’s no real surprise that the Giants were looking at making a move not just for this season, but the upcoming seasons ahead.

Some were speculating, while others might have thought he might have been sent three hours south,  but that wasn’t the case.

The move clearly indicates that the Giants are building for the future and given their current rankings in the standings in the Western Conference being 4th overall the future looks bright.

In a statement the Giants are sending 2003-born forward Zack Ostapchuk to the Winnipeg Ice for three first-round draft picks in 2024, 2025 and 2026.

In addition he has played in 14 playoff games grabbing 23 points and also  was fortunate to win back-to-back Gold Medals while playing for Canada at the IIHF World Junior Hockey Championships.

Stats this season are below:

Connor Dale has 3 goals and 5 assists in 24 games as a WHL rookie and was selected in the 9th round of the 2020 WHL Prospects Draft by the ICE.

Lethbridge’s Owen Brees (Lethbridge, AB) was selected in the 2022 WHL Prospects Draft by Winnipeg in the 5th round, 110th overall.

He has 18 points in 20 games for the Northern Alberta Xtreme U17 Prep this season.

Sherwood Park’s Hudson Landmark (forward) was selected in the 8th round by the Ice in the 2022 Draft 176th overall.

His size will clearly help the Giants standing 6’1 forward has 18 points in 24 games for the Sherwood Park Kings U18 AAA.

Trades are tough and no doubt this was one Giants GM Barclay Parneta may have pondered but regardless that’s the nature of sport as they advance.

Barclay mentioned “We would like to thank Zack for his leadership and contributions to the Giants organization. He has left his mark on the Giants that will influence it positively for years to come. We look forward to welcoming Skyler Bruce and Connor Dale to the Vancouver Giants.”

Given the move by the Ice one can only assume that they are getting set for the run to the Memorial Cup.