Flames Too Hot For Canucks 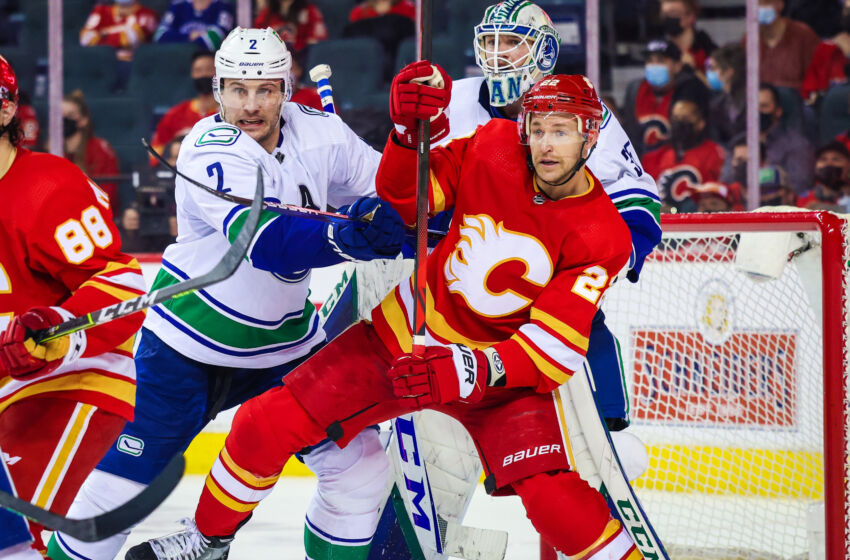 Following the performance against the Wings, the Canucks are in need of a huge win to keep them in the hunt for postseason play, which conceivably could be reached, but their fate is in their hands.

Well tonight’s game as well as tomorrow’s game are both huge and we can’t simply forget that the trading deadline is only two days away and we  have to ask if we will see the same team following their road trip.

As you night expect many are expecting the Canucks to make a move that could be one that might change the Canucks as they look forward to reaching postseason play.

It’s no real surprise that Thatcher Demko get’s the start.

Tonight’s game features (again) lots of local talent on the ice having Nic Petan suited for Vancouver, while Milan Lucic suited up for the Flames and if you support the ‘stripes” it’s nice to see Richmond’s Kelly Sutherland doing the game.

Intermission was enlightening in the media booth considering the number of scouts on hand  and of course they were all talking about the trading deadline and what’s a possibility.

Some still think that there’s a possibility that Boeser could be moved for a solid “D” player as well as futures, but that alone is again pure speculation.

While the Canucks were playing to a full house for the second of three home games before hitting the road, it’s fair to say they are hoping to put this game on the back burner and focus on tomorrow’s game against the Sabres.

With the Flames up after two, it was no real surprise that Demko would be pulled at the start of the third, while many thought it may have been earlier.

Regardless of the change the Canucks came out playing more aggressive, but the Flames continued to play solid in their zone forcing all shorts to be taken from the perimeter.

With the trading deadline set for Monday, you have to wonder if this plays on the mind of the players and we’ll truly never know, but realistically speaking we could see a different looking team once they return home.

Post game comments from both Miller and Horvat were all focused on the continued slow start the team continues to show with both players not offering up any real solution.

Bench boss Bruce was more direct, mentioning that he continues to “hammer home” the fact that it’s continuing to be an issue that the coaching staff will address in the morning.

He mentioned “I can’t understand it. It’s not like it’s a surprise to them that another team that we had just beat 7-1 and who lost last night is going to come out, they’re going to be coming out flying and I told them in warm up again, I said they looked very serious.”

He continued “I’ve been doing this for a long time and you change things up in warm up, maybe you change the pregame ritual but I think quite frankly, in the end, it’s on the self, of getting ready for the game and understanding how hard you have to play and we didn’t play hard enough in the first period.”

With the Sabres resting waiting, it’ll be interesting to see what line-up he throws on the ice and also who gets the start between the pipes?

It’s possible that come Monday any pressure will be off everyone, but that’s a question that we won’t know until then and we might have seen the Canucks season go up in Flames.

Thanks to the Canucks media department for all their assistance with our request.