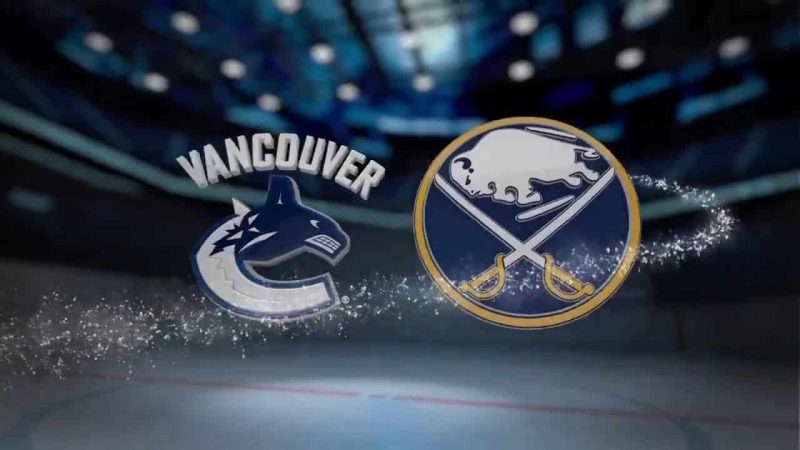 Following the performance against the Wings and the Flames the Canucks are in need of a huge win to keep them in the hunt for postseason play, which conceivably could be reached, but their fate is in their hands.

To the surprise of some the Canucks started Demko between the pipes for another start and playing against an eastern rival it’ll be interesting to see if they can jump out to a quick start.

Cody Eakin was very vocal following the game as he shouted “We are not worthy” which was somewhat playful but a somewhat fitting poke at the Sabres “D-man” following an effort that can only be described as dominant.

Demko played exceptional as usual, turning aside shots from various angles, but to no surprise it was Dahlin who slid one under Thatcher Demko pulling out a 3-2 victory for the Sabres on a rainy night in Vancouver.

The Sabres have won four of their last five games dating back to a home win over the Vegas Golden Knights and former captain Jack Eichel on March 10th taking two out of three games on the Western road trip.

Granato remarked after their win in Calgary how players seemed unphased by a 0-0 score against a Stanley Cup contender. They played the same against the Canucks, who erased one-goal deficits on two occasions and are making a strong push to grab more points in the stretch run that saw Craig Anderson have a 30-save night

The Canucks continue to struggle mostly in the first period failing to stop the opposition from gathering the early lead 1:50 in sending one top shelf over the shoulder of Demko which has the Canuck coaching staff mystified beyond words.

The press box was full for the previous two games, including this game with scouts and media having fun filled conversations on various topics throughout the game.

The Canucks managed to get even with Miller getting the Canucks on the board at 2:31 of the 2nd after taking a pass from Garland turning the red light on behind Anderson.

The Sabres second came when both clubs were playing 4-on-4 following a roughing play in the corner that saw Garland and Dylan Cozens called for roughing.

The Canucks had a poor clearing play that saw Juho Lammikko get the puck free from behind the net sending one to Tyler Myers as he fell in front of the Vancouver net.

Myers was unable to get up in time to stop Skinner only to have him put one past Demko at 3:55.

Video review can be interesting and realistically speaking you have a 50-50 chance of winning one as the Canucks challenged for an offside zone entry.

It took a while and after a long review, the linesman felt the play was on-side and a good goal that saw the Canucks handed a bench minor penalty for delay of game.

Canucks Captain Bo Horvat tied the game at 2 while on a PP halfway in the second following a hooking minor to Skinner.

Following the game Miller mentioned to the media “Because for me, I think it’s effort based and I think it’s will, wanting to play in the playoffs, and wanting to beat your opponent. We talked about how late in the season every team is good, there’s no excuses.”

Sabres coach Don Granato joked to the team post game that Dahlin should have scored sooner. The defenseman seemed to have the puck on his stick in the offensive zone for much of the 22:50 he skated, during which the Sabres earned a 24-14 edge in shot attempts.

Vancouver hits the road to see if they are able to sort out the first period woos, but there is still an outside shot that the Canucks might be a long shot, but just possibly squeak their way in.

One a note of interest it’s interesting to know that Granato is the older brother of Canucks assistant general manager Cammi Granato.