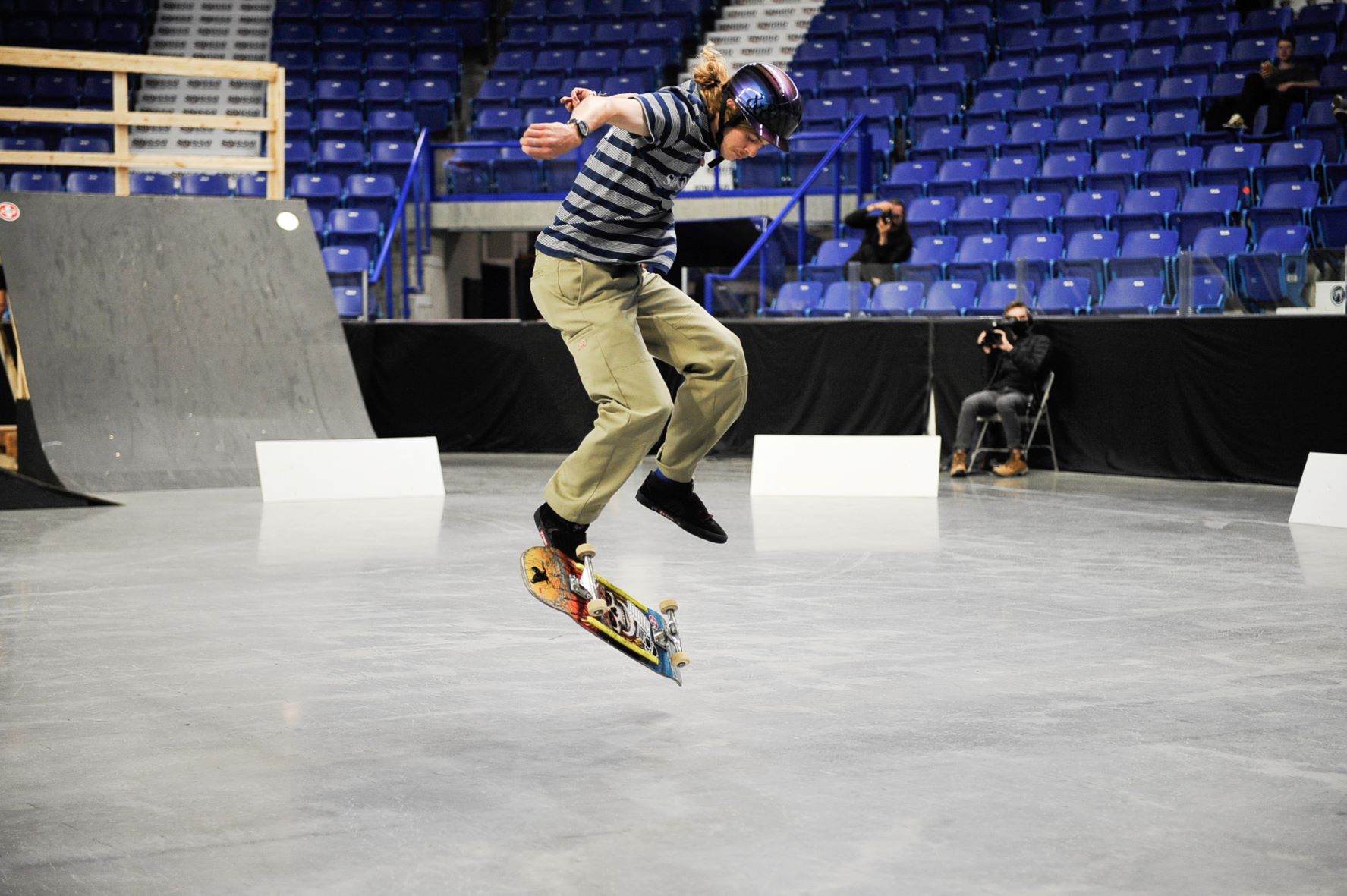 Skateboarding is a sport that has taken various areas of the world by storm and while some think it’s dangerous, it’s only as dangerous as one allows it to be.

The event drew competitors from across North America, as well as from Europe, Australia and Japan, who were competing for a total prize pool of $30,000 US.

Andy Anderson (26) calls White Rock home and was one who competed with the event being held much closer to home held at the Langley Events Centre from June 10th-12th.

Anderson said. “I feel blessed. I leave for Copenhagen tomorrow and then Paris and Rome for the street qualifiers for the Olympics and this is the best preparation I could have asked for, getting a local blessing … I just have to take a breath and appreciate this because this doesn’t happen and I hopefully it will happen more,”

He continued “It is just unbelievable. The meaning that this kind of event carries, it is just so much more than what you can see on the surface, and I think everyone here feels it.”

Anderson finished first in the freestyle and second in the men’s all-terrain competitions and also received the John Edward Ptucha Memorial Award, presented to the top overall skateboarder.

At the height of the sport, the award was presented to the top overall skater of the Canadian amateur skateboard championships.

The overall skateboarder hasn’t really been recognized or awarded or sought after for a long time and that is always what I aimed at but there really wasn’t an award for that until recently,” he said.

The Indigenous-hosted pro skateboarding event was organized by the Generations Skateboard Society and drew competitors from across North America, as well as from Europe, Australia and Japan, who were competing for a total prize pool of $30,000 US.

The 7 Generations Cup featured a variety of events across its three-day span, including an all-terrain contest, a freestyle cup, trick battles, and a competition marking the 35th anniversary of the historic Mini Ramp Challenge, a first-of-its-kind event that took place in Richmond in 1987.

Jay Balmer, the Chair of the Board for the Generations Skateboard Society mentioned “We have a deep history of skateboarding around the Lower Mainland and bringing a major event back allows us to gather and celebrate skateboarding together and I don’t think there has ever been an event this size since Slam City Jam, and I didn’t even go that because I was so young,”

The signature event was last held in Vancouver in the mid-2000s and having this event back) means a lot for the community; it is unbelievable what it does for skateboarding.

How many of the people who are skating here who were inspired by those earlier contests and just of the drought for support for skateboarding in this area were … it is so nice the drought is over.”

Having skateboarding in the Olympics – it was added in 2020 – has helped bring the sport legitimacy.

“I don’t think people ever thought of skateboarding other than an illegal activity until it was in the Olympics and now people that were criminals are considered professional athletes,” Anderson said. “It is really nice to feel appreciated by the general population.”