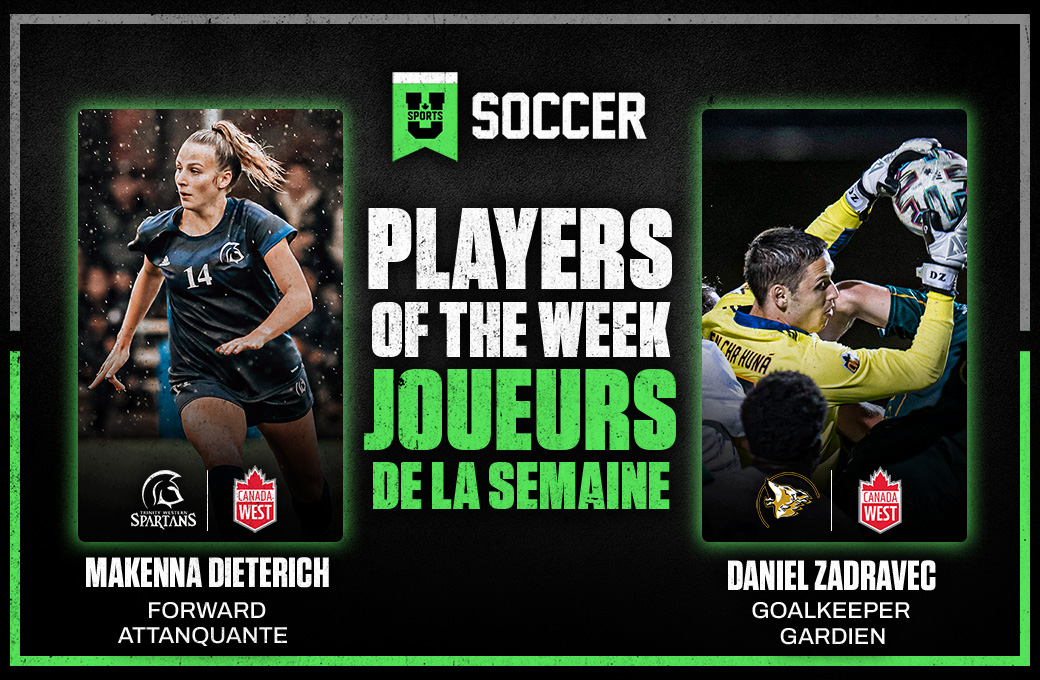 This past week has seen Northern BC make the airwaves for a couple of various reasons, one of which could have had a different outcome.

Daniel earned this ranking after an incredible defensive display while making six saves on seven shots  earning a 2-1 match this past Friday helping his team pull out a 2-1 win.

Ranking came down to player development and knowing this saw the team  enter the season ranked 10th in the coaches’ poll.

Zadravec managed to help his squad with him turning away all 14 shots giving his team a 0-0   scoreless draw.

He also helped his Timberwolves improve to 6-4-2 on the season,t nipping at the Thunderbirds’ heels in hopes of getting back in the game.

Both Zadravec and UNBC are off for a week and return to action October 15th when they host UBCO  at mainland time local time.

Daniel (6’2”) is in a three-year Business program

Dieterich made the score 0-1 against the Dinos while Dieterich delivered an impressive kick into the top of the net tying the game.

She then went to work controlling the ball while  in the centre of the box, pushing past a defender getting another kick past the Dinos’ keeper setting up the game-winning goal.

Dieterich rushed into a wide pass setting up her third of the weekend that saw the Spartans go on to draw with UNBC and add another point on the weekend.

Langley’s third-year forward Makenna Dieterich managed to send a well timed kick into the top of the net tying the game getting past a defender for the game-winning goal.

Dieterich’s nose for the net returned Saturday, when she rushed into a wide pass to tuck the ball away for her third of the weekend.

Her score was instrumental as the Spartans went on to draw with UNBC and add another point on the weekend.