Following a very uncomfortable period of uncertainty, the Vancouver Canadians can finally breathe easy as the Toronto Blue Jays recently announced that Vancouver will remain one of their minor league affiliates.

What could this mean for the relationship between the two organizations? Well, for one, there will be more games in Vancouver every season. The Canadians went through a 76-game season from June to September and that should nearly double given the confirmation, with former Blue Jays High-A affiliate, the Lansing Lugnuts, playing 140 games in the Midwest League from April to September.

The Canadians have leaped two levels higher as a result of the move and will be playing higher than the Class A Short Season league they’ve been playing in for the last 20 years. The Blue Jays had to stop their affiliation with Lansing in order to make the deal for Vancouver work, bringing an end to a 15-year relationship with their former High-A affiliate.

“Geographically, it would make sense to align with Oakland, but for us, this is a really big deal out here in Vancouver,” Canadians co-owner Jake Kerr said. “We’re the last minor-league team in Canada … it matters to the people of Vancouver to be able to see the Blue Jays on their way up to the major leagues.”

Kerr might never know how close his team was to having its ties with the Blue Jays severed but was well aware of the possibility given the changes being made to baseball’s farming systems.

Despite the looming doubt, the Canadians were confident they’d find a league to play in and had every right to based on the success they’ve had in Minor League baseball – they’re one of the most well-faring teams therein. The Canadians averaged a league-high 6,210 fans a game last year, more than seven of the 16 teams in the PCL Triple-A league they used to play in.

There wouldn’t be any Triple-A to play next season but it was always expected that the team would play in a higher tier. Their continued affiliation with the Blue Jays, though, was uncertain, and, considering the benefits they’ve enjoyed since 2011, there was legitimate reason worry.

As fate would have it, the Canadians will be playing higher-level ball moving forward and Sports Interaction is sure to have the scoop on the best betting moves to be had where supporters are concerned. The Class A Short Season leagues will likely be left without a lifeline as a result of Major League Baseball’s cuts with regards to minor league affiliates. The league is tightening things on the minor league end, cutting affiliations with MLB clubs down from 160 to 120 next year.

The development is a great one for local fans, who will see a better brand of the sport played at Vancouver’s Nat Bailey Stadium while the Canadians will keep their relationship with the only Canadian MLB team. Kerr and fans alike must have breathed a sigh of relief after the Canadians were revealed to be one of the teams to have received an invitation to move forward as an affiliate heading into the future.

“The Blue Jays value the opportunity to continue strong associations with these four franchises. Foremost among them, the Blue Jays share a close affinity with the Vancouver Canadians and baseball fans in western Canada,” the Blue Jays said in a press release. “As this country’s only Major League Baseball team, the club takes great pride in maintaining a west coast presence, introducing future Blue Jays players to Canadian fans, and helping grow the game nationally.”

The Blue Jays’ restructuring also bodes well for the Triple-A Buffalo Bisons, the double-A New Hampshire Fisher Cats and the low class-A Dunedin Blue Jays, who have all been included. 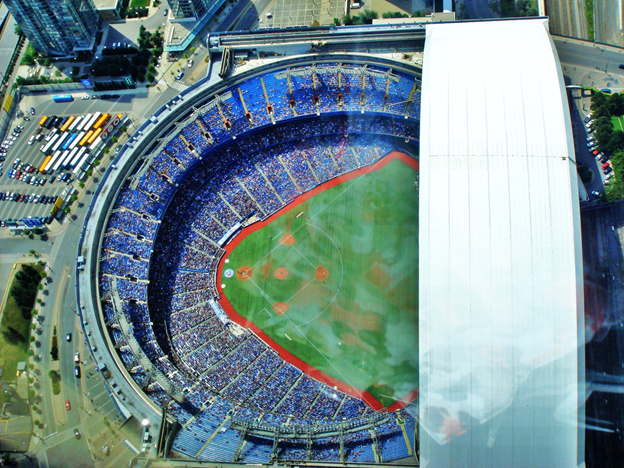 “With MLB’s new structure, the Blue Jays have parted ways with the Lansing Lugnuts and Bluefield Blue Jays, two teams and cities with which they have shared a long-standing and mutually beneficial relationship,” the statement also reads. “The club wishes to thank Lansing and Bluefield, as well as those teams’ staff and fans, for their commitment to Blue Jays player development through the years.”

The Canadians will be a full-season affiliate of the Blue Jays following an immensely profitable nine-year rapport. The Bisons and Fisher Cats have been partners with the Blue Jays since 2013 and 2004 respectively. The Blue Jays were able to play games at the Bisons’ Sahlen Field last season after coronavirus-prompted sanctions stopped them from playing at Rogers Centre. The Dunedin Blue Jays play at Toronto’s operations base in Dunedin, Florida.

Kerr has suggested that the Canadian’s invite was helped on by British Columbia Premier John Horgan. The team owner claims the Premier reached out to the Blue Jays to speak to the importance of the long-running partnership with the Minor League affiliate. Horgan’s call is understood to have left a huge impression on the MLB organization.