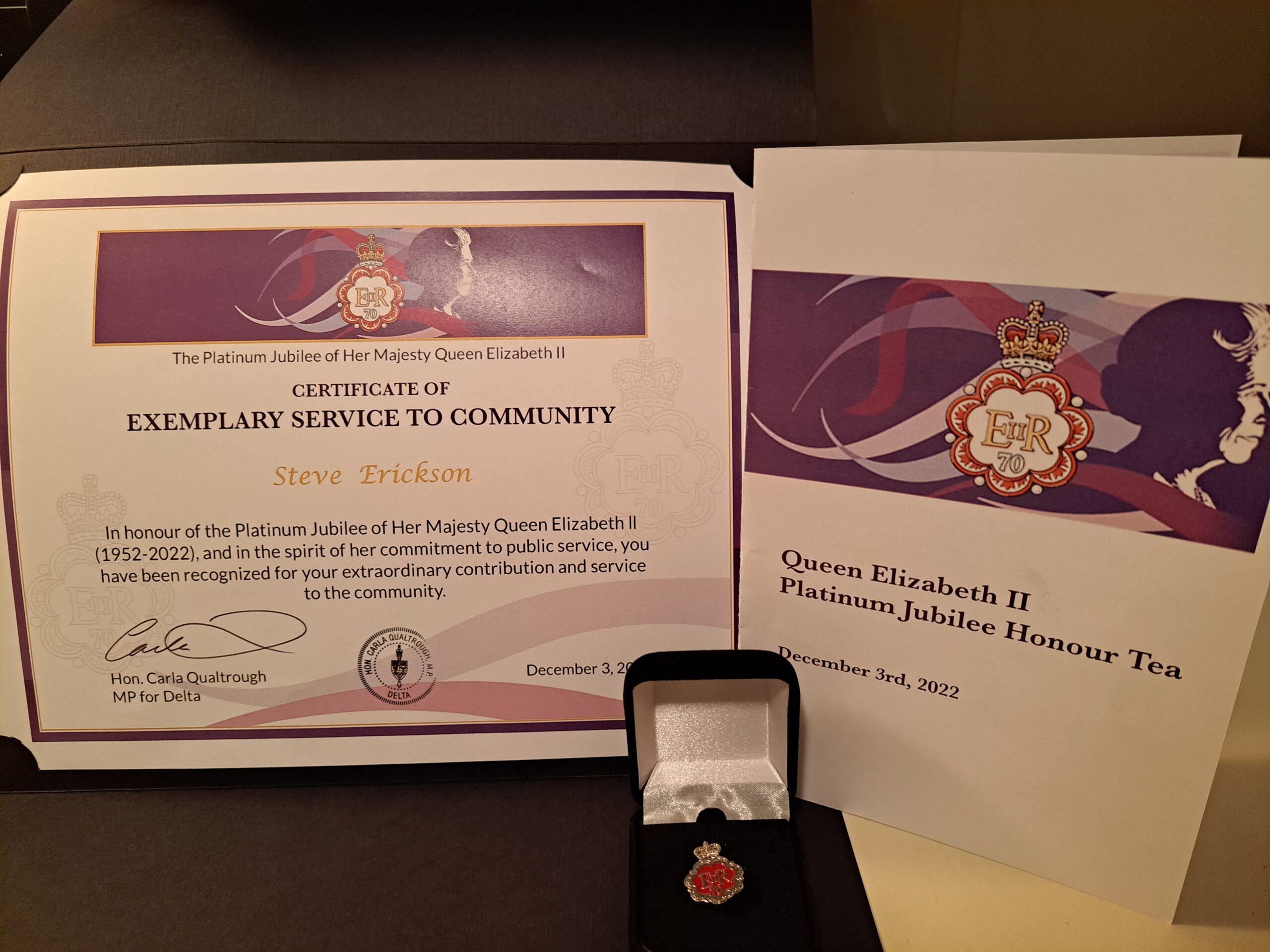 Organizations rely on volunteers but seldom do they ever get recognition which was changed prior to the Christmas season in an afternoon at Harris Barn in Ladner.

This was made possible all thanks to Federal MP Carla Qualtrough, who is the Minister of Employment, Workforce Development and Disability Inclusion

Her office sent emails out to various individuals and organizations numbering over 100 who were recognized for their exemplary service to the community of Delta.

The past three (3) years Delta has faced several extraordinary challenges which have impacted the area and to no surprise the community came together in the face of a pandemic and economic uncertainty.

All of the individuals and organizations presented with the pins and who were recognized for the important role in the area and who helped lend a hand during the the trying  times faced in Delta.

Just prior to Queen Elizabeth taking the throne over 70 years ago Queen Elizabeth stated: “I declare before you all that my whole life, whether it be long or short, shall be devoted to your service”

These pins commemorate that long life of service and were presented to first responders, frontline workers, volunteers, caregivers, community leaders, business leaders, and others who have had a positive impact on others.

We are pleased to mention that Sportswave’s Steve Erickson was one who received one of the medals for his continuing support to sport in Delta.

His Sister, Gerri attended the event with him and had the chance to meet many of the individuals in the Delta area that he connects with.

Two are in the photo and have had a strong impact in Delta and are namely Eliza Olson who was with the Burns Bog Society as well as Olympic Athlete Joy Fera.

“For seventy years, Queen Elizabeth set an example of selfless service. She also took every opportunity to recognize those who worked to make their communities better. The Platinum Jubilee pin continues that tradition. I am so happy to be able to recognize these people and organizations for their years of service. Delta, and Canada, are better places because of their exemplary contributions to our community.”

Carla is an athlete and during her career won three Paralympic and four World Championship medals.

In addition to her various awards Carla has received she was named one of Canada’s Most Influential Women in Sport numerous times, and received a Queen Elizabeth II Diamond Jubilee Medal in 2012.

Congratulations to everyone who were the recipient of this prestigious award!!!