With the ball season around the corner in addition to having the Toronto Blue Jays making it official by signing a 10 year contract with the Vancouver Canadians.

Canada’s first pro player was Chatham Ontario’s Fergie Jenkins who pitched for Chicago Cubs, Texas Rangers,  Phillies and the Red Sox from 1965-1983 and is a member of the Baseball Hall of Fame in Cooperstown NY..

Nationally, Locally and Provincially we have put several great players who have advanced to the pro ranks which could not have been made possible without the help from many volunteers behind home plate ensuring he rounded first.

We reflect back on some local BC players with the first from the lower mainland being Larry Walker (Maple Ridge), Justin Morneau (New Westminster), Jeff Francis (North Delta), Tom Robson (Ladner) and of course Trail’s Jason Bay. 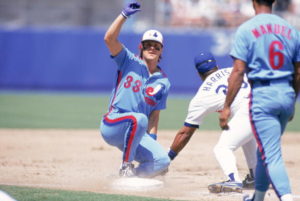 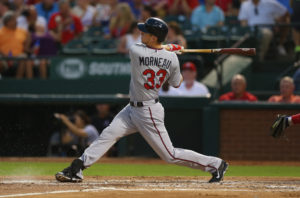 All could not have made it to the pro level without help from various volunteers who helped guide them to the pro ranks while donating hour upon hour of their volunteer time.

Helping today’s youth means more than many will ever know, but volunteer’s are the unsung heroes in youth sports and it’s all done with the gratification in mind that they helped the world a better place.

This is no different than Ladner’s James Paxton (32), better known as “The Big Maple” a nick-name he was given when he played for the Mariners.

To the surprise of many we are hearing that he is returning to the Mariners on a one-year deal for the 2021 season pending a physical but as of print time the Mariners have not confirmed the deal.

He was drafted by and spent six seasons with Seattle (2013-18) and hearing that he will earn $8.5 million plus any performance incentives which could take his deal to $10 million all based on the number of games he pitches so it’s a win-win for both clubs.

Playing in Seattle clearly has put pressure on him especially during any home-stand as well as mentioning that he has had various injuries which has included a left flexor strain last season and back surgery last February.

The one-year deal has us wishing that he can re-establish his net worth on the diamond so as to enter the next off-season’s market in the hopes of getting a longer deal as long as he’s healthy and an effective starter or closer.

The Mariners look to get younger players in their system who will have the task of managing a 162-game season.

The Mariners were focused on re-signing him in the all off-season hearing that they were among 20 clubs who were keeping an eye on him throwing in the session according to MLB.com’s Jon Paul Morosi.

Join us for part two for Paxton’s return.