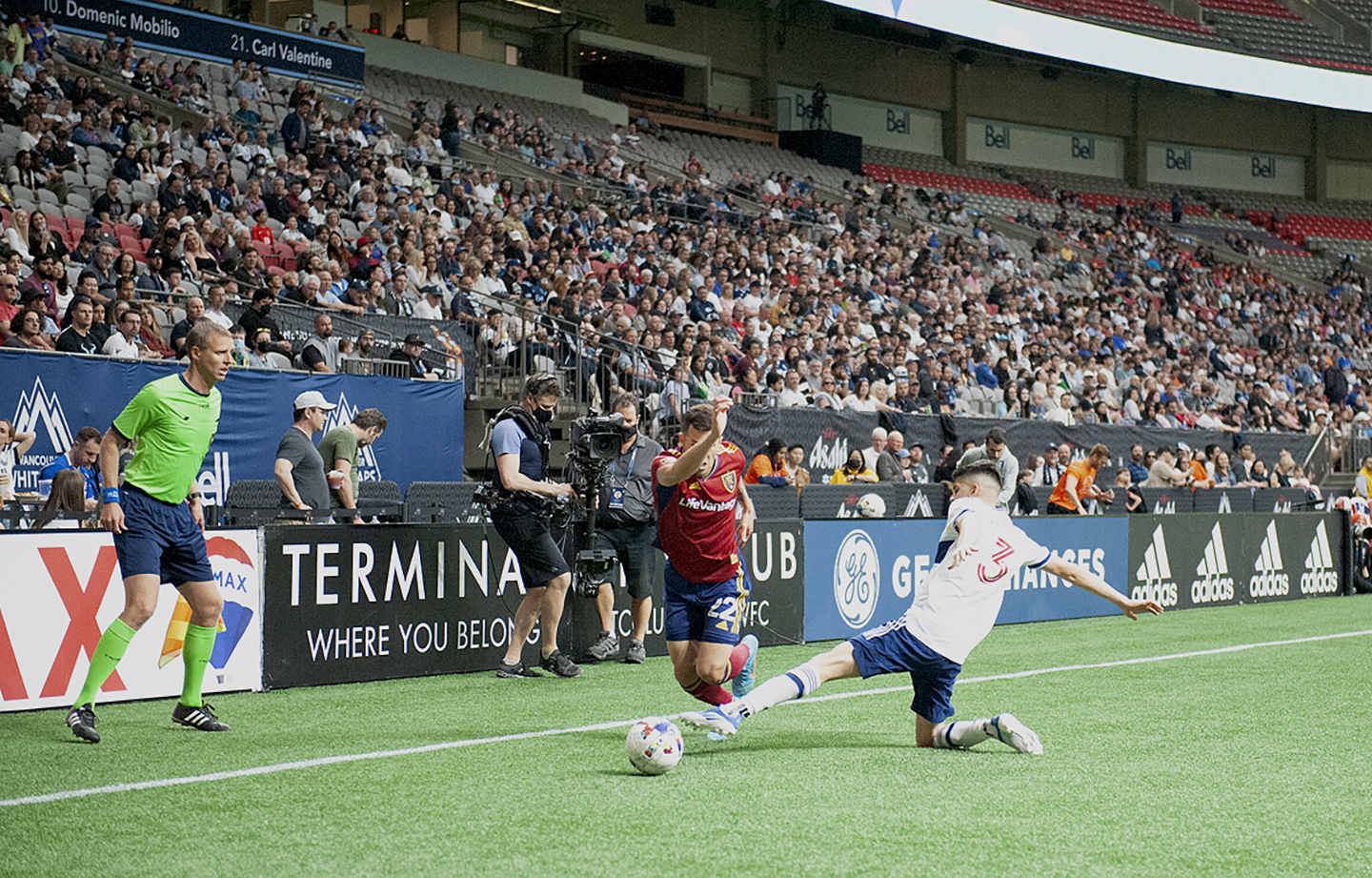 To date the ‘Caps have managed a 11W-2L-3D record since the start of 2021.and this match includes various pre-match festivities.

Prior to the match the Vancouver Whitecaps paid tribute to the First Nations that saw elders Alec Dan and Iona Paul show and share the culture of the Coast Salish people with the world through song, dance, and stories.

The Tsatsu Stalqayu, which means Coastal Wolf Pack, were born.

“It started off with a few family members, and then extended family members,” remembers Anastasia Paul. “Within a month it was up to 35 members across the Lower Mainland.”

The previous month of May saw the Western Conference playoff race saw Vancouver lose once collecting points in four of their last five MLS matches,

They managed to score eight goals as well manage two clean sheets and while this is another important match thy are missing three players.

Jamaica called Brown has been up to the men’s national team, while the Whitecaps’s Cavallini has joined Team Canada for the upcoming Concacaf Nations League matches.

Third and not least by any means has Andrés Cubas join Paraguay for a pair of international friendlies in Asia.

To the delight of the 17,134 frantic fans on hand the match started with both clubs playing tentatively but the Whitecaps controlled the ball for the better part of 25 minutes pressuring RSL that saw the Caps collect their first goal of the match after a corner throw-in..

The throw-in resulted in a kick to the far side that saw Keeper Cody Cooper make a spectacular save keeping the Caps up 1 nil.

Salt Lake sent a long kick from back of mid field to the left side which took a strange bounce off the chest of a Cap’s defender going directly to Meram who sent a low shot in the back of the net, tying the match at one.

While the weather was somewhat coolish outside at times the play on the pitch was hot and aggressive on the pitch while Vancouver had more quality chances.

The Caps managed to take an early 1-0 lead after a throw-in by Jake Nerwinski only to have Ranko Veselinovic finish the play off having it get past the RSL Keeper.

The second half saw Cap’s “keeper” Cody Cropper stop a header off Sergio Córdova as it was going in the right side of the net only to have Justin Meram get possession of a turnover allowing Ryan Raposo to even the score at one.

The second half saw Gauld come in that seemed to give the Cap’s life only to have Tosaint Ricketts goal disallowed after being called offside in the dying minutes.

The fourth official indicated there would be five additional minutes added and in extra time Gauld was fouled that saw the play under review.

box that saw Ryan Gauld convert giving the ‘Caps a 2-1 victory to close within one point of a playoff spot in the Western Conference.

The ‘Caps travel to Seattle’s Lumen Field on Tuesday for a Cascadia Cup matchup against the Sounders FC. with the kickoff set for 7:30 pm..

After a pair of road games they’ll have a four-game home stand beginning June 22 when they host York United FC in the semifinals of the Canadian Championship.

MATCH DETAILS (Thanks to Vancouver Whitecaps)