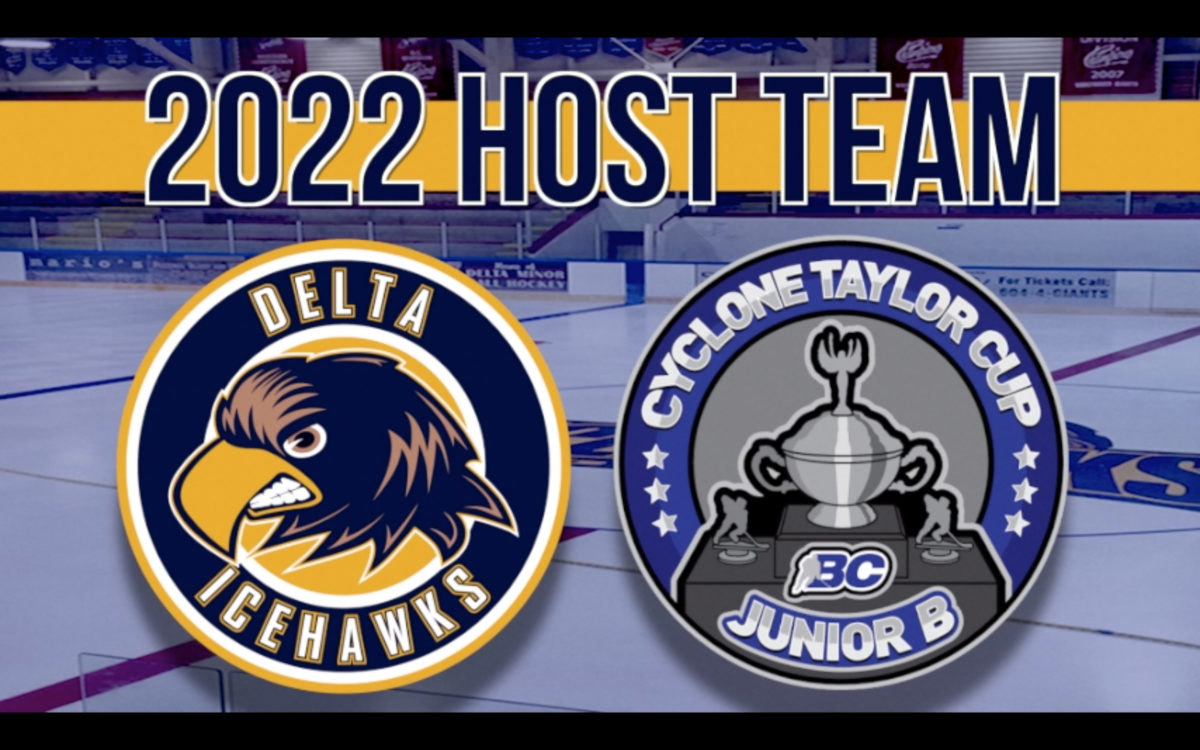 On any given Tuesday evening you have the luxury to watch exciting  PJHL hockey action as the Delta Ice Hawks showcase their talents at the Ladner Leisure Center.

The Delta Ice Hawks are one of 13 teams in the PJHL all of which are based out the lower mainland which allows the players to live at  home rather than be billeted out.

This season was more of a welcome back for not only the players and coaches but more so to the fans who continue to come out and support local Junior hockey.

Number wise those attending have been far and few only due to restrictions put in place by the Provincial Government all of which are due to Covid-19.

With the opening of the facilities it was hoped that teams would soon be allowed to have sell-out crowds on hand, but as much as this was more of a Christmas wish, it wasn’t to be.

Recently games have been postponed and forced the league to reschedule them due to the recent flooding in the Valley that prevented players from traveling to Delta.

With the recent surge of Covid in various pro leagues such as the NBA, NFL and the NHL it was hoped that the season would continue without any issues.

Such wasn’t the case as the Delta Ice Hawks were forced to postpone two home games on Monday and Tuesday this all due to taking precautionary measures so the team could deal with a COVID-19 outbreak.

I’m hearing that two players as well as their trainer tested positive in addition to Ice Hawks GM/Coach Steve Robinson is currently recovering from Covid.

It was mentioned to me that Steve and his Family had been dealing with what some call a severe cold and flu like symptoms for a few days over the past while and hopefully on the road to a full recovery.

Steve recently cleared his 7th day for testing positive and while the team had players who were healthy and could dress and play they felt it necessary to postpone and reschedule both games.

In conversation earlier today I was told “It was a league decision all based upon cases within the team and the potential increased risks that were avoidable.”

Monday’s game  had Delta playing Mission and Tuesday’s game would have seen them play the newest expansion team in the PJHL based out of Chilliwack called the Jets, which is a name used well back in the Chilliwack area.

With the pair of games being canceled the Ice Hawks enter the Christmas break and are set to resume to the ice for the PJHL Winter Classic being played at Richmond’s Minoru Arena from December 30th to January 2nd.

All 13 PJHL teams are playing in a two games series over four days at Minoru Arena as the kick-off to the second half of the season.

ack in late November. There is no word yet on when the league will reschedule the games.

As of press time Delta sits in second place in the Tom Shaw Conference with a record of 19-7-1-1.

While we are on the topic of the Delta Ice Hawks please mark down the dates of Thursday April 7th to Sunday April 10th as they are hosting the Cyclone Taylor Cup, which is BC Hockey’s Provincial Junior “B” Championships.