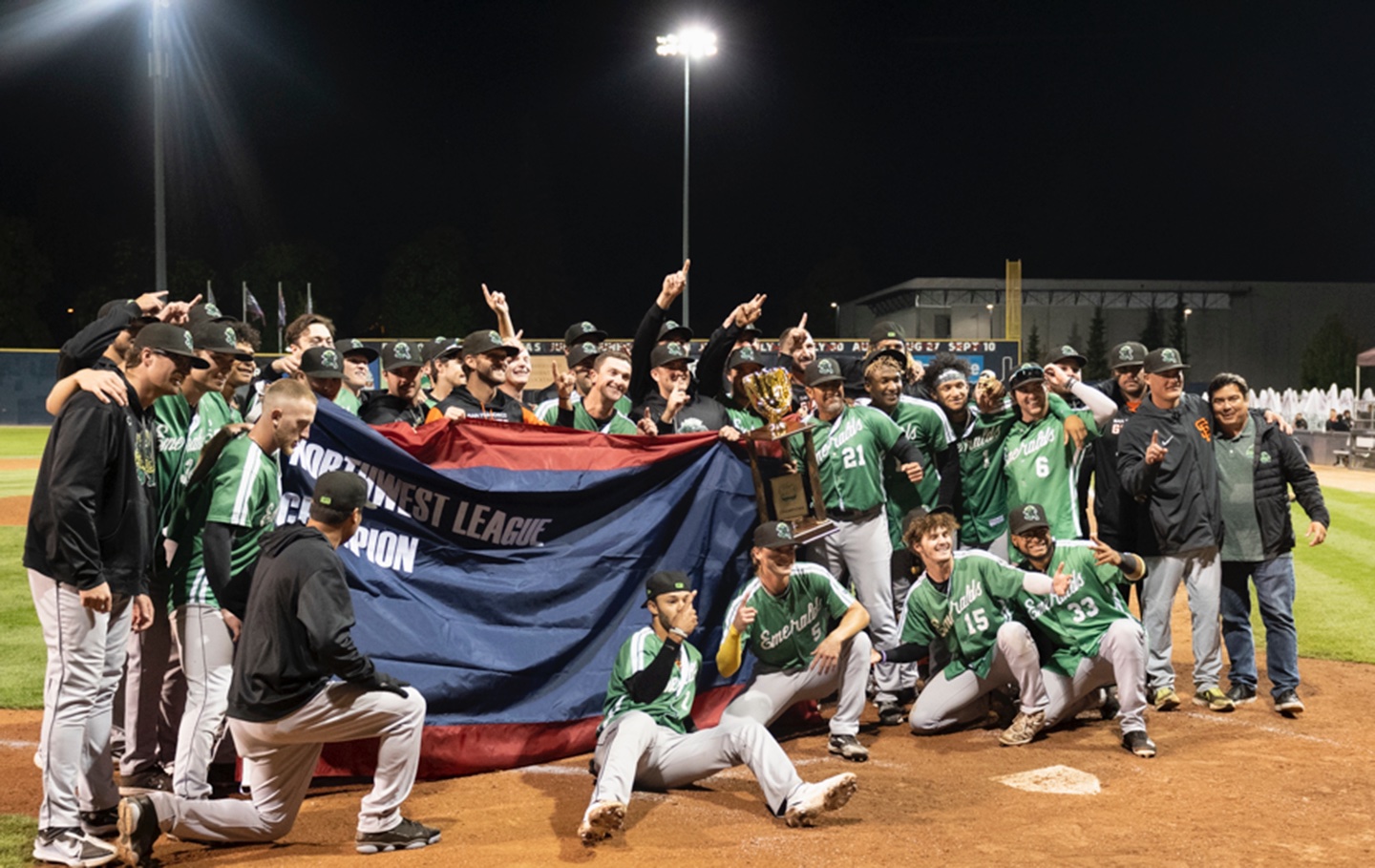 Friday night the Vancouver Canadians were in a must win game in the best of five championship series against the Eugene Emeralds to keep their season alive.

If you ask anyone they’ll tell you that having a hometown advantage motivates the players and this game alone proved that considering that they were playing in front of 5,951 fans.

Games one and two were played in Eugene on Monday and Tuesday with the following two days being off day’s, if there is such a thing as an off-day.

Many that we asked in the bleachers mentioned “Wow, what a game” and truer words were never spoken, it was a wild finish!

For those who missed out on the season you should know that there are only six teams in the Northwest League that have the first and second half champions bypass a semi-final round making their way to the finals.

The seesaw battle continued until the top of the fifth when Luis Toribio hammered a three-run homer only to have the C’s even the score in the bottom of the inning.

Eugene jumped out to a lead when Luis Matos hit a sacrifice fly in the seventh, with many thinking the season was ending for the C’s.

Not to be outdone the C’s rallied on their fan support scoring three managing to take the lead into the top of the ninth.

With their backs to the wall pondering a game four the power of the Emeralds came through that saw  Gabriel Martinez line a double to right centre in the bottom of the ninth.

This scored the tying run that saw a momentum change but to pull out a win they were searching for a pair for the win.

At the bottom of the ninth they were going to extra innings that had their fans on the edge of the seats at times gasping when any pitch was sent across the plate.

The C’s were one out from sending the game to the bottom of the 10th tied, but in the end it was Jimmy Glowenke who hammered the 1-1 pitch from Connor Cooke over the left-center field wall.

The bottom of the 10th saw the C’s with the automatic runner on second to set the Canadians down in order ending any rally the C’s were hoping for giving the Emeralds the championship.

Following the game I had a chance to go on the diamond and chat with Brent on the season and what’s next for both him and the team.

As one might expect he is hoping for a week off to visit his family who he has not seen for the past five months and from there who knows?

The long and winding road has come to an end for this talented group and we wish them all the best in their career.

Regardless of the loss the C’s put together a magical run all season only wanting the fans eagerly waiting for next season.

Thanks to the C’s for the magic from Sportswave!!!