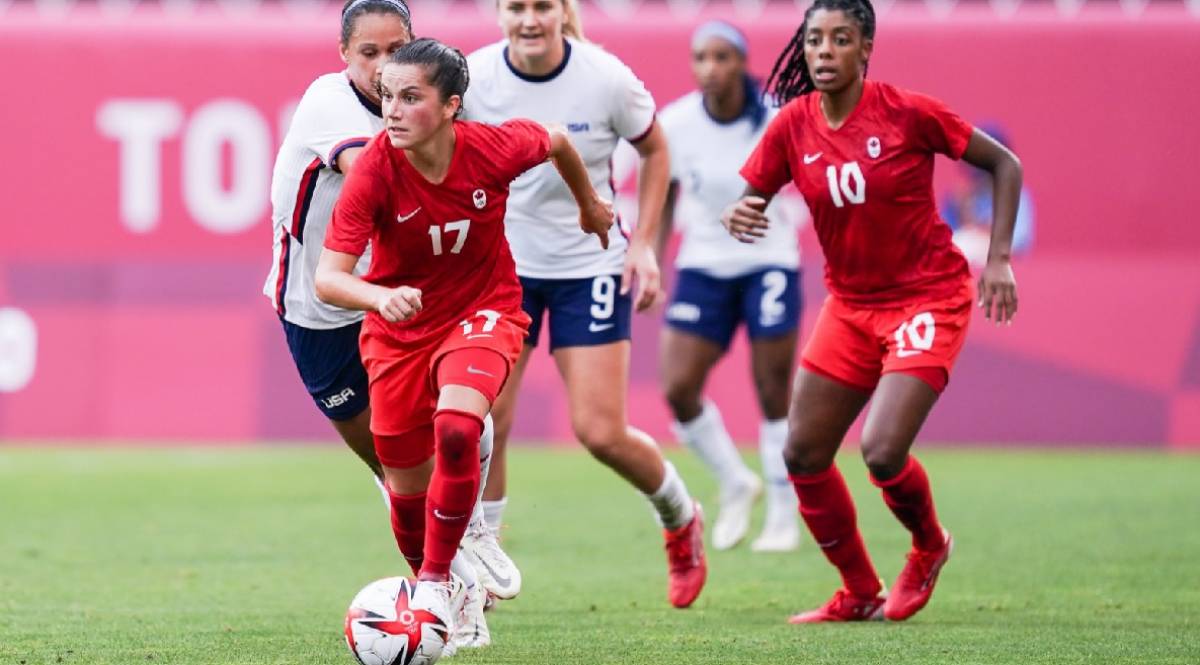 They’ve entertained thousands whenever they have played at BC Place in Vancouver and now they are heading toward their final goal.

As the song by The Beatles “The Long and Winding Road” takes different twists and turns on the journey, some leading to success while others lead to failure.

This time the Canadian Women’s Soccer team is eager to reach their dream after a long nine years they have overcome adversity and avenged a heartbreaking loss to the Americans at the Olympics.

Team Canada narrowly defeated the United States by a 1-0 margin on a penalty kick in the 72nd minute by 23-year-old Jessie Fleming.

The win shows the world that Canada has achieved success by advancing to the Gold-medal match at the 2020 Tokyo Olympics and guarantees them of (at least) coming home with a Silver.

As we have seen in the past Canada’s “tender” Stephanie Labbé played exceptionally, managing to turn away several quality shots that were labeled for the back of the net by the heavily favoured US team.

Let’s not forget that at the games in London in 2012 the US defeated Canada by a 4-3 margin remembering that Burnaby’s Christine Sinclair and team Captain managed to score three only to have the US come from behind to win.

As with any sport everyone that has never officiated constantly questions calls made by the officials and that contest was no different with the first being that Canada’s “keeper” was penalized for holding a ball for longer than six seconds.

This was followed up when a penalty kick hit the arm of a Canadian player and the referee ruled it to be a hand-ball.

For the US this resulted in a second kick for the squad that landed in the back of the net which tied the game.

The Canadian women came home with Bronze at the London Games and did the same returning from the games in 2016 in Rio de Janeiro.

Team Captain Sinclair mentioned “Our goal coming here was to change the colour and with two back-to-back Bronzes, we were kind of sick of that. And this team, wow. What a performance. What a fight. One more to go.”