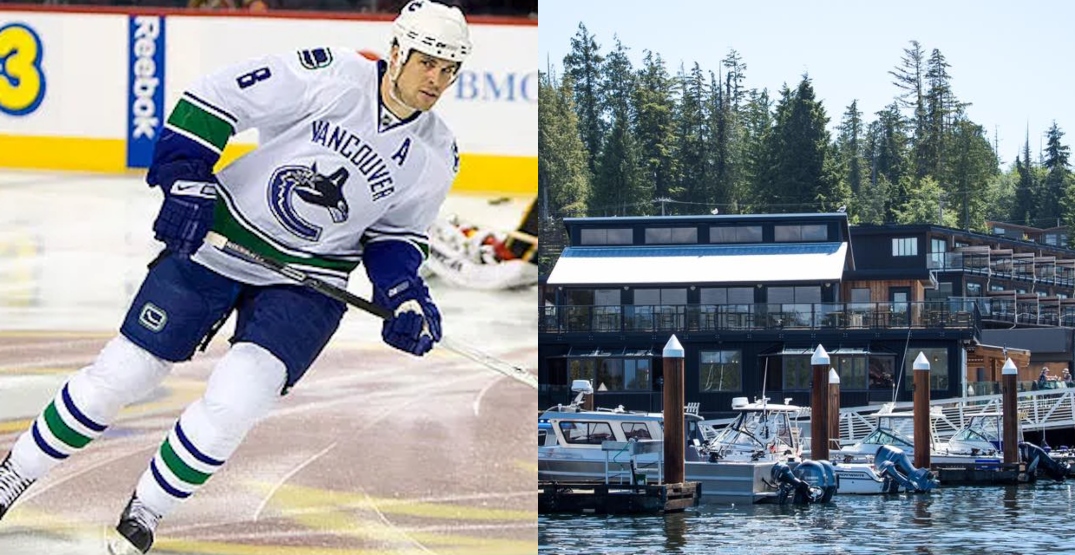 Given the recent scandal reports we are hearing concerning Hockey Canada one is sad enough, now we are hearing of inappropriate behaviour regarding a retired NHL player.

One has to question if it’s money, power one can offer or if it’s simply the booze taking its course in which athletes in all sports get caught up in the glory money can bring?

Earlier in the day, I received some news that just hit the airwaves and after checking we feel its important to share only due to the nature of what has been passed on. Thanks Randy for the Info!!

The player in question is retired NHLer Willie Mitchell who is being questioned of a trip that took place during the “Race for the Blue” held at the Tofino Resort and Marina from September 10th-17th.

Upon hearing of this incident it was officially cancelled and on their website the notice read “This year’s Race for the Blue tournament has been cancelled, we are grateful for the cooperation and understanding of participants and sponsors.”

Reportedly that the resort is giving support for their staff and at present not willing to comment on the allegations brought forward.

The resort posted the following statement on their website which states “We were extremely upset to hear about highly inappropriate behaviour connected to one of our annual events,” and quickly replaced other content about the fishing event.

“Our first concern is for our staff, and we are responding to the needs of those affected. We have brought in an interim manager and continue to take steps to ensure the absolute safety and wellbeing of our team.”

In a report to CHEK News in Victoria co-owner Andrew Purdey of Tofino Resort and Marina mentioned he has been on-site at the resort for 24 hours and is looking to find out more information about what allegedly happened.

As one would expect he declined any further comment on any specific allegations.

Spokesman for the Island District RCMP Const. Alex Berube mentioned that he has not recommended charges stemming from the event and thus could not confirm or deny that it was investigated.

The incident allegedly happened late into the evening Sunday going into Monday morning there’s videotaped evidence of the two interacting on the dance floor and then the allegations are he barricaded her in some sort of room or bathroom where the alleged rape happened.

Let’s nor forget that Willie called Port McNeill home in the off-season which is a small town of some 3,000 fans at the local arena along with Al Edwards who coached Willie at a young age.

He played for the Kelowna Spartans in the BCJHL during the 1994-95 season playing 42 games collecting 3 goals, 8 assists that saw him move on the following season to play for the Melfort Mustangs.

He then played in the ECAC at Clarkson University for two seasons (1997-98/1998-99) and the following season he played for the Albany River Rats in the AHL.

Willie was drafted by Minnesota in the 1996 Entry Draft in the 8th round and was the 10th pick making him the 199th overall selection.

His first full season in the NHL was the 2000-01 season with the Devils playing 16 games then moving on to the Wild where he played for five seasons.

His first full season with the Canucks was in 2005-06 where he was a member for four years then getting traded to the Kings where he won the Stanley Cup and finished his last two seasons with the Panthers.

Following his retirement he focused on a different challenge bought the resort in 2016, along with another former Canucks defenceman, Dan Hamhuis, and developer Andrew Purdy..

While the above at present are allegations, don’t jump the gun and let this play out in full!!