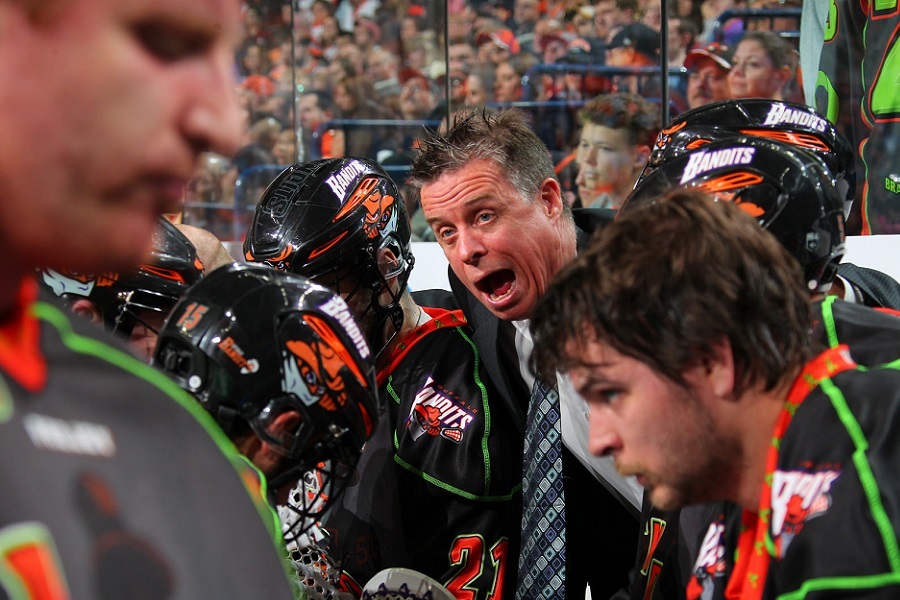 One door closes and another opens for various coaches in all sports and given the recent release of the previous coaches for the Vancouver Warriors they officially get their new bench boss.

It’s fair to say that for all teams from Amateur to pro the one that normally takes the fall or “heat” given any loss is the coach rather than the GM who made the initial hire.

It’s a hard business for some to understand, but politics plays a key role in today’s world and as we all know it seems to be who is the more likable person.

Wasting no further time given that it’s lacrosse time in the lower mainland with the playoffs around the corner the Warriors were on the search for someone new.

Given the release of Head Coach Chris Gill and Assistant Coach Kaleb Toth June 3rd they were in search of adding new life to a team that has been under performing the past while while the fan base questions what’s wrong?

Fair to say they went east to get their man and in this case they have hired Troy Cordingley has been named the club’s new head coach beginning in the 2022.23 season.

Additionally, Phil Sanderson will join the Warriors as an Assistant Coach while Curtis Hodgson (Assistant Coach), Dan Perreault (Video Coach), and Dwight Maetche (Goaltending Coach) have all been retained.

Warriors GM Dan Richardson mentions “We’re pleased to introduce Troy and Phil to the Vancouver Warriors coaching staff for next season and Troy is a passionate coach who employs an exciting style of play and has a winning pedigree in this League both as a coach and a player.

Phil was an exceptional defensive player during his playing career whose expertise will be a huge benefit to our staff moving forward.”

Cordingley mentioned “I am incredibly excited to be joining the Vancouver Warriors lacrosse team and I look forward to the challenge and can’t wait to get to Vancouver to get started.”

He continued “I am also extremely excited to have Curtis and Phil join the staff. Both are very passionate about the game and were incredible leaders and competitors when they played.”

He won two Championships with the Toronto Rock in 2010 and 2011 and in four seasons with Toronto he had a 38-26 record, finishing first in the East Division twice and never worse than second.

Cordingley (55) most recently served two seasons as the Assistant General Manager and Director of Scouting for the Buffalo Bandits, assisting with player evaluations and transactions while also overseeing the team’s scouting at the professional and amateur levels.

He has also twice been named a finalist for the Les Bartley Head Coach of the Year Award (2009 & 2016), winning the award as head coach of the Roughnecks in 2009.

Sanderson calls Oakville home and was inducted into the Ontario Lacrosse Hall of Fame in 2020.

He also represented Canada internationally on two occasions, earning a Silver medal in 1996 and Bronze in 2010.