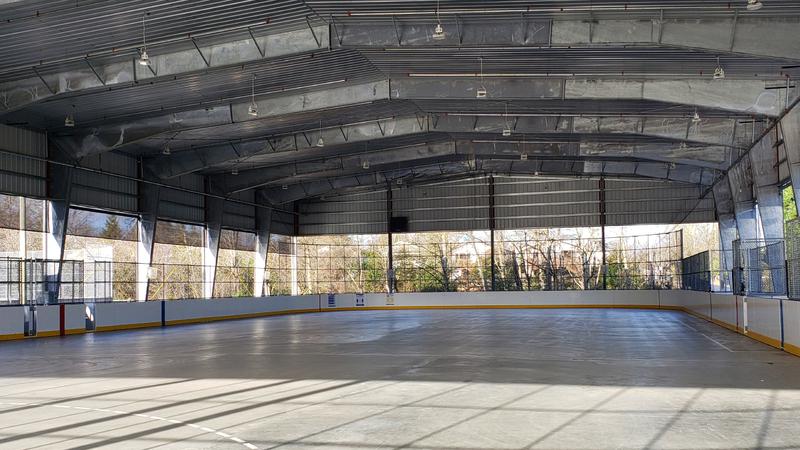 I guess the best way to describe it is the same as Bruce Springsteen sang about the Florida Georgia Line song called “long time coming” on track 4 of Devils and Dust.

A while back I had the chance to meet with Delta Mayor George Harvie and discuss how sport in Delta impacts today’s youth as well as the community and what improvements were needed.

I mentioned a few that went from lighting, hours of operation, facilities used in Delta.

The facilities are extremely well used, especially the weight or training facility at the North Delta Rec Centre as well as the facility at Sungod, which lacks parking giving its usage for the public.

Another area of concern for some using the Ladner Leisure Centre is not having a wheelchair lift in the arena part to get wheelchairs to the upper seating area.

Persons with disabilities are forced to use the lower area of the arena and unable to get in the stands which takes away from them spending quality Family time in the stands.

It’s understandable that given the fact the Leisure Centre was opening in September 1977, which ironically was the same year and month that Delta’s Sungod Arena opened and since then building codes have significantly changed.

That being said, I am sure that the City of Delta will work to correct this omission considering that this should have been installed a few years back when the outside wall collapsed Thursday February 20th,2014 around 10:30 am forcing a rebuild.

At that time Mayor Harvie was the Chief Administration Officer who along with staff worked long and diligent hours to put in place a “fix” for the building.

While the City has been working over time to and have taken huge steps since Mayor Harvie became Delta Mayor we have seen various changes to some of our facilities with more to come.

Fast forward and working with the lacrosse community in Ladner the City is currently in the process of doing a “refit” on the outdoor lacrosse box behind the Leisure Centre.

The refit will allow lacrosse and assuming ball hockey to have a covered practice facility allowing them to utilize and grow their sport year round.

Current usage is on hold at present due to construction of the $1.9 million expected project which is expected to be completed near or around the end of June – 2022.

The City of Delta’s new Recreation Director Carmen Gonzalez is impressed with the progress for the covered facility, which is almost the same as Langley’s; adjacent to the George Preston Arena.

She mentions “The aim of having this is increasing our dry floor space availability throughout the year. That’s important for us and we’ve heard from lacrosse that there’s a need there and we think it’s going to be a great project that’ll provide more space for them.”

City Director Gonzalez continues “It’s really focused on covering (the existing) lacrosse box. Because we aren’t making any changes to the surfacing, it’s really intended for and primary use as dry floor space. Of course when they are out of season and what not, we’ll be looking at what options are there but right now the focus is just on putting a cover over the facility.”

“It’s really focused on covering (the existing) lacrosse box. Because we aren’t making any changes to the surfacing, it’s really intended for and primary use as dry floor space. Of course when they are out of season and what not, we’ll be looking at what options are there but right now the focus is just on putting a cover over the facility.”

Not just in part of the rebuild, but rather the hard work and dedication of Delta Lacrosse as well as the numerous volunteers it’s great to hear that Delta is playing hosts the B.C. Pee Wee (U13) Championships for all tiers July 7 to 10.

I am hearing that the games are at press time expected to be scheduled throughout the city, which includes North Delta’s Sungod Arena on 112th.

Delta Lacrosse president Dave Glover mentioned “It’s going to give us the opportunity to grow and have more technical training year round. It’s bringing all the things to Delta that our (rivals) have in their communities. So now we can compete with those top clubs.”

As one might expect the City is assisting the user groups to help them to locate facilities for their pre-season training in various areas.

Glover went on to mention “Our vice-president of minor lacrosse Renee Close has done a really good job of organizing everything and we’re managing to use the outdoor box at Delview Park in North Delta and the Tsawwassen outdoor box. Delta has helped us out a ton by bringing in temporary lights and generators so we are able to have those 6pm practices.”

The grant is part of a $100-million provincially funded umbrella program, which provides a one-time infrastructure funding grant to communities for shovel-ready projects.