NEW Wrestling At The Nat 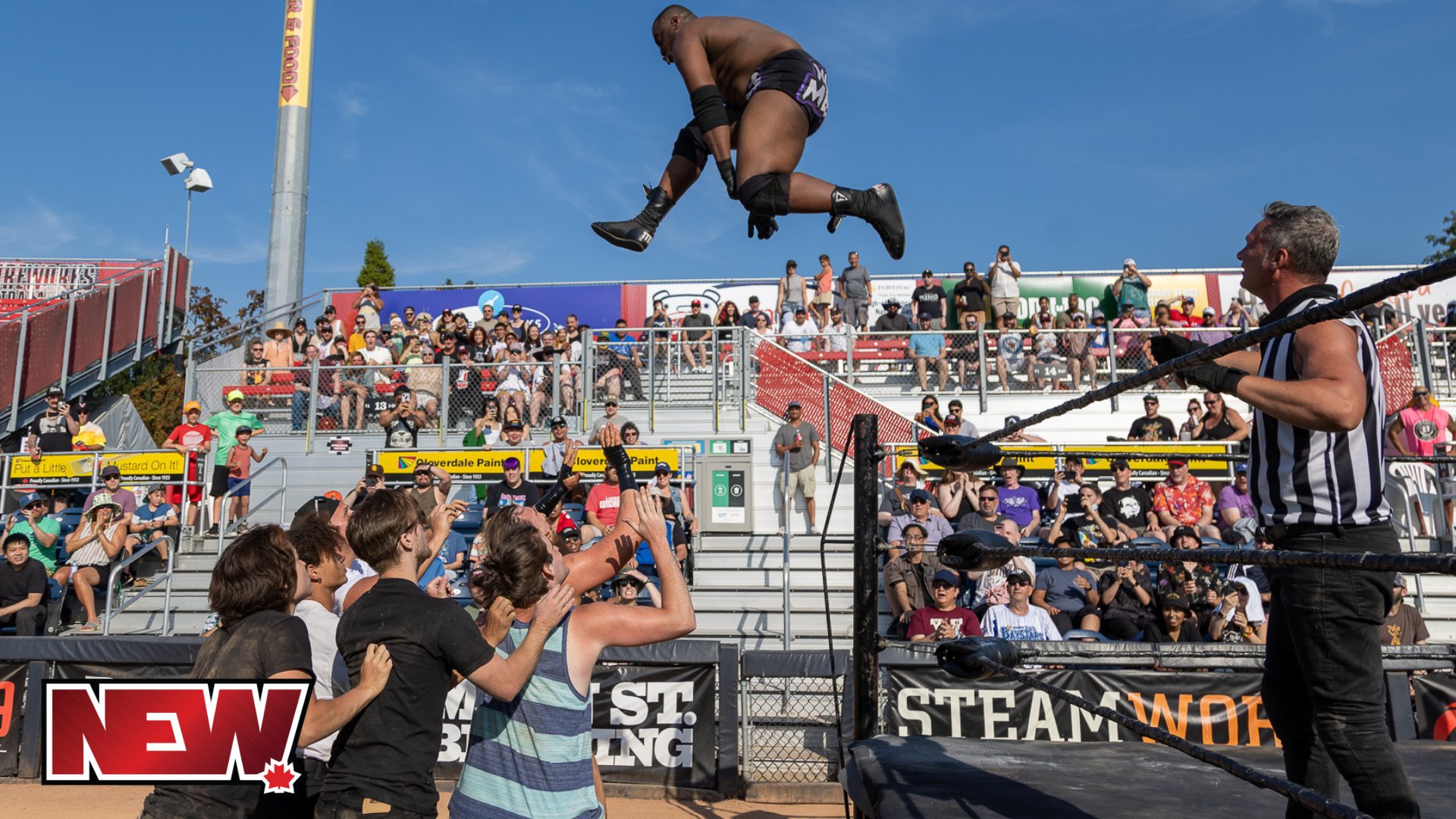 When I first mentioned that I was going to watch a wrestling match which I continued to tell them it was at Nat Bailey you could have only imagined the looks I got.

After reassuring them that it was at Nat Bailey I had to explain why and yet they seemed to still question my sanity and they knew I had not been drinking.

One reason was it was early in the morning, also knowing that I seldom drink unless it’s coffee and if you don’t believe me ask Chad or Justin.

For those who are unsure of who Rob is you should know that he was the play by play for the Vancouver Canadians Baseball Club, but has ventured on to new endeavors.

Other than being a barber styling hair or cooking up a storm in his restaurant he’s now serving up a different dish which includes body slams from a fall that ensures you’ll never see a Blind Tag.

The card that is offered up in what Rob refers to as Nation Extreme Wrestling is nothing less than first class showcasing athletes who are making their mark on the mat.

Venturing on a new journey Rob has put his passion on display with the most recent event taking part on a hot Saturday afternoon that I must say was rather well attended.

The rink was set on the outfield located a distance behind third base or in Left Field partially on the diamond, but not so much to give the ground crew any issue.

The matches featured 10 bouts starting at 3 finishing shortly after 6:30ish and while the day was hot, I never saw anyone leave the park.

That alone says a lot about the product Rob is putting on display for the wrestling fans in the lower mainland, which apparently there are quite a few, but remembering the wrestling days of All Star Wrestling.

If you reflect back to the 70ties you might remember the likes of Don Leo Jonathon and Gene Kiniski who ruled the area.

Jonathan joined with Dutch Savage in the mid-70s, while kiniski teamed up with Mr. saito

Vancouver territory was a hot territory for the NWA especially in the 70’s and in that hay-day we saw Don Leo Jonathon and Gene Kiniski rule the canvas.

In 1975 Don Leo Jonathon teamed with Dutch Savage, while Mr. Saito and Kiniski became a pairing.

Back then it was All Star Wrestling that put matches on throughout BC, while lower mainland fans remember the PNE Gardens, Kerrisdale arena as well as hitting Cloverdale, Abbotsford and others.

We were fortunate to watch exceptional battles for the Canadian heavyweight and tag titles, the International tag titles and the Pacific Coast TV titles.

Times change and now Rob or the NEW are bringing wrestling back to the area and while they are looking to capture the hearts of wrestling fanatics, that is an open question.

Regardless, Saturday was a day filled with fun for those attending and we wish Rob all the best in his new venture. Far different from calling a close play at home.

Now if only I could loan Rob a referee sweater – that would be worth the price of admission alone!!!