When you have nothing else to do with your life other than reflect on a daily basis, I thought it would be fun to look back at a game we did with Delta TV.

This one isn’t the normal baseball, football or one of the regular sports shows we did but rather looks back to the “old” Thursday night Senior Men’s Hockey League that played in Ladner at the Leisure Centre.

Years back when more sports was covered, not just by Delta TV, but all stations it was fun to cover various community sporting events.

One such one was the Thursday Night Delta Senior Men’s Hockey League games from the Ladner Leisure Centre with players like Denny Gooch, Dave Norris, Chuck Westgard, Steve Baker, Kyle Marx, Rick Fotiu, James Joseph, Shawn Lund, Rich Holfield to name, all of which I got the spelling correcct?

I worked along side Keith Frew and the rest of volunteers for Delta TV, all of which were a fulfilled group that took their job serious.

Grab a coffee or drink of your choice and enjoy the game!!

If you watch as we begin you will see many names of the past, some of whom went on to great success, with others going on to a career of their own in whatever field they chose to peruse. 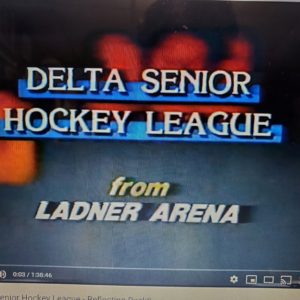 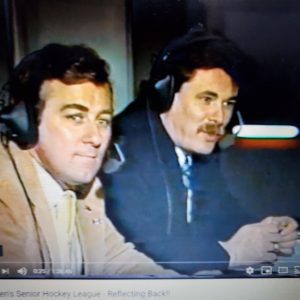 Thursday night hockey was a weekly tradition in Delta from the Leisure Centre  which opened in 1977 the same time as the Sungod Arena in North Delta.

It’s interesting to note that when both were opened in no way did they look as they do now, remembering that the Sungod Arena and the Pool were separate building, noting that Brad Lazarowich worked as the graveyard maintenance man and how his career took off in the NHL.

This one has names of the past that many might remember, not to mention that Sportswave’s photographer Laird Allan was the ref.

A fun filled time as I worked alongside Keith Frew for an evening of entertaining hockey, albeit no like the speedy game we see today.

Enjoy the game and think of how much fun this was then and even NOW.!!!

Board of Directors Elections
A Long Road To Success