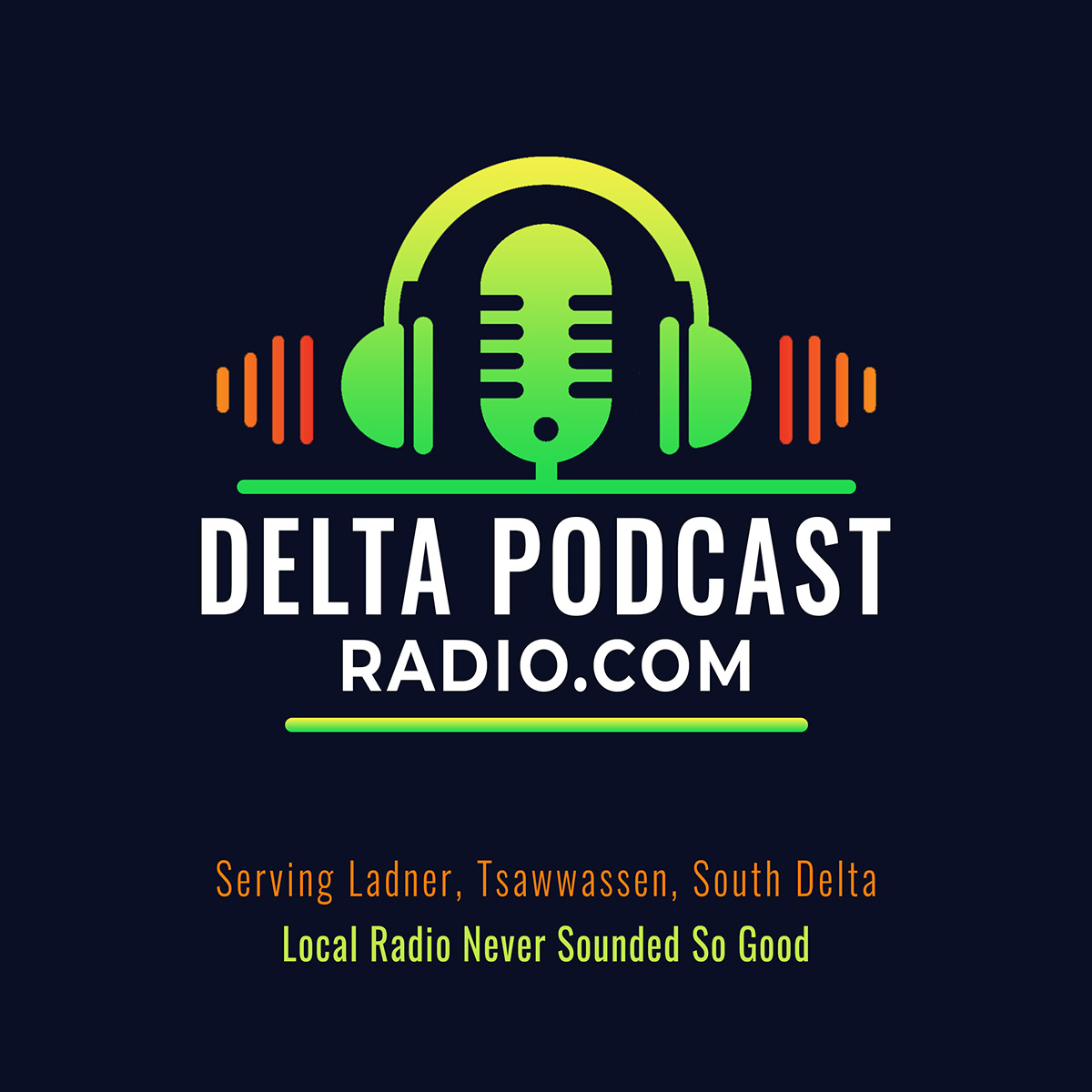 DELTA PODCAST RADIO  is the latest and newest hybrid in the  radio industry that meets the challenge of having an independent hometown radio station, without the need of a CRTC license, broadcast tower, radio frequency, building,  equipment, and staff.

After successfully creating two community online radio stations in the Okanagan, Holender feels the time is right to bring the concept to the Lower Mainland.

His success in those communities was due to what’s known in the industry  as ”narrowcasting”. Narrowcasting, he explains , ” is the dissemination of information (usually via Internet, radio, newspaper, or television) to a narrow audience, rather than to the broader public at-large”.

By focusing on the development of locally produced  podcasts, with hosts known to the community, he fostered a relationship between radio and local listeners in the two communities.

These “hyperlocal” podcasts ranged from a gardening show, wine show, and  health and fitness, to a local arts and entertainment podcast,“Around the  Town” .

One thing that was missing, says Holender, was coverage of the local amateur sports scene.

That part of the equation will be covered at his new station, by Delta’s  Steve Erickson,  who will be the station’s new Sports Director. Sportswave Productions is owned and operated by Steve Erickson who has a long standing career within the broadcasting and refereeing for Minor League Sports in BC and across Canada.

Steve is recognized by his peers, associations, communities and colleagues for his endless contributions to multiple Amateur Sports within the Lower Mainland.

Steve was awarded the Volunteer of the Year Award by the Delta Chamber of Commerce in 2015 and inducted into the Vancouver Canadians Baseball Hall of Fame in 2017.

He was also recognized by Ravi Kahlon, BC’s MLA Minister in September 11, 2017.

Due to the low operating costs of a podcast radio station, as opposed to a terrestrial radio station, which requires a tower,Holender says, “local merchants will benefit with very affordable advertising rates”.

We are not owned by a major broadcast conglomerate as part of a chain of radio stations that governs our rates.

Ownership is local, and money is also kept here and spent here.  As a matter of fact, our approach is different  when it comes to radio sales.

We want to build relationships in the community we serve. So whether you are a merchant, freelancer , solo entrepreneur and/or  small business owner  in Ladner, Tsawwassen or South Delta, we want you as a community business partner, not just another sale. Every business has a story, and so we want you to tell your story to our listeners.

We are Commercial  Free and  Pollution Free (No Car is Required)”.

All others 14%. The numbers in its most recent update for the second quarter of 2022 show a surprisingly different picture: AM/FM Radio 39%, Podcasts 41%, All others 20%.“In a relatively brief period of time, listening to this category has been transformed, and for the first time more listening to Personalities/Talk Shows goes to Podcast.

The station’ s focus will be on Hometown News, Local In Depth Sports , Interviews and live broadcasts of amateur sports venues, and a heavy emphasis on the arts and culture .

But most importantly, station owner Holender says, is  ” the recognition of the distinct nature of each community. From the Village of Ladner to the Beaches of Boundary Bay. From fishing to farming you’ll love what we have in store. Stay tuned!”

WHAT ARE SOME OF THE FEATURED MUSIC PODCASTS?

A sampling of the starting lineup of curated music podcasts will appeal to the 55 plus demographic who grew up with radio.

Everything from Jazz to the Blues , Music of the 40’s, Big Band , Forever Fifties , Rock and Roll and the sound track of the 60’s., hosted by veteran radio personalities from around the world. It’s the JukeBox of Your Life.

There’s even a special ALL ELVIS show  “Blue Suede Connection”.

WHAT ARE SOME OF THE SPOKEN WORD PODCASTS?

Holender calls it “ Radio For The Intelligent Optimist”. For the Boomers plus, there’s  nightly programs that will evoke memories  of when they went to bed with the radio on, or after dinner by the living room fireplace,  listening  to old time radio , like Jack Benny and Milton Berle.

It’s the memories and the music that will generate a great warm and fuzzy feeling just in time for at home winter listening and the holidays.

We hope to encourage residents in retirement homes to access the web and listen, and seniors who feel isolated.

IS THERE A SPECIAL OPPORTUNITY  FOR LOCAL MERCHANTS TO ADVERTISE?

Delta Podcast Radio is offering local merchants the maximum amount of exposure for the least amount of marketing dollars.The number one INTENTION  from now till Christmas is to get local customers to shop at local stores.

To help local  customers get to know their local merchants, Delta Podcast Radio is offering store owners  a special Pre-Christmas package .“TELL US YOUR STORY .

Every business has a story to tell. Stories not just about what we do.

They define who we are. Whatever you make or however you make it. Let’s make it together!!. For more details and to have your story told  in your own words during their beta test period beginning November 12th

WHEN CAN WE START LISTENING?

While  still in a beta phase, the station is inviting you to a special free 24×7 live stream  beginning Monday November 14th at 8 am , that will continue through Xmas, until the official  station  launch in January 2023.

You’ll find the LISTEN LIVE  link  at  www.deltapodcastradio.com or on their Facebook page. www.facebook.com/deltapodcastradio along with a listing of the shows and hosts.