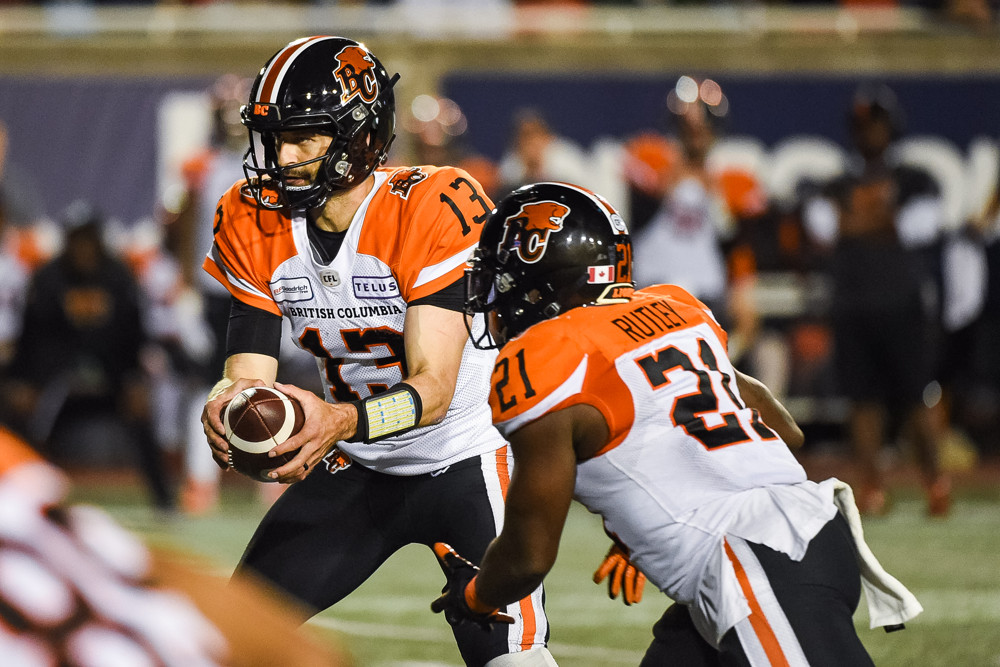 The majority of my day was spent watching the 20th Anniversary of 911 on CNN or as Alan Jackson sang “Where Were You (When the World Stopped Turning)” fans were flocking to BC Place as the BC Lions were hosting the Ottawa RedBlacks.

For the longest time many were wondering when or if sports would ever return  or get back to some normality, which still remains an uncertainty and on a side-note it’s great to see the CFL’s official stats person Steve Daniel who has been the CFL’s Head Statistician since 2007.

In addition he has been involved with the league and its clubs since 2005. Prior to that, he spent from 1993 to 2004 in the NBA in game operations and in a show of class the Lions honoured the Front Line Workers prior the opening kickoff.

Entering the game the West Division of the CFL see’s the Lions have a two and two record sitting with four points tied with Edmonton, while the Stampeders are looking to climb out of the cellar.

It’s fair to say that the RedBlacks are looking to rebound from the 24-12 loss in the Nation’s Capital, while the Lions are looking at keeping them off the scoreboard.

In recent Lions news sent out by Lions Manager of Communications Matt Baker he notes the signing of 7th round draft pick of New England in 2018 QB Danny Etling and as expected per CFL rules, he will enter mandatory COVID procedures prior to being allowed to practice with them.

Rookie season was spent on the practice squad and would have earned a Super Bowl ring but was placed on waivers that saw the Falcons pick him in August of 2019.

The wait was worthwhile as in week eight he was promoted to the active roster after an untimely injury to Matt Ryan and then spent 2020 on the Seahawks’ practice roster eventually being released at the start of the 2021 training camp.

Etling transferred from Purdue to Louisiana State University for his final two years of eligibility (2016-17). With the Tigers, Etling won 16 of 23 starts while completing 325 passes for 4,586 yards and 27 touchdowns.

To cap off his junior season, he helped take down Lamar Jackson and Louisville 29-9 in the 2016 Citrus Bowl, Etling was named SEC Football Scholar-Athlete of the Year in 2017.

The start of the game was delayed due to the second game of the day between Calgary and Edmonton that the Stamps won, doubling up 32-16 on the scoreboard.

The Lions set up a pass and run play at 12:12 with Reilly completing a pass to Hatcher for a scoring drive that took five plays, followed by a 32 yard convert from  J. Camacho.

The Lions had a 71 yard kickoff return by Davis that saw a turnover for a kick of (55 yds) and returned by C. Rainey.

BC continued to advance as Reilly tagged Burnham who saw the ensuing pass for 38 yards to Cottoy for their second TD of the game.

Coaches continue to mention play until the final whistle, never letting up and as quick as the Lions opened the scoring, the RedBlacks D. DAVIS Completed a Pass to R. Davis good for 33 yds ending in a TD that saw Ward complete a 32 yard kick for the point after.

Frustrated by the TD Reilly completed a 39 yard pass to B. Burnham led to their third TD in the first quarter taking a 21-7 lead.

The second quarter saw Ottawa in possession attempting a 48 yard  FG by L. WARD which was wide that set up a Lions run back by Whitehead for a 119 yard TD with Camacho getting the point after putting the Lions us 28-7,

The half saw both clubs have chances with more for the Lions in a game that everything worked, managing to take a 35-13 lead at the half sending the fans on the edge of their seats.

The second half saw the Lions start where they left off with frustration getting the better of Ottawa while at times looked like the Senators were playing the Canucks with the officials earning their pay.

I’m told that it’s good to be lucky and on this night no truer words were never spoken as Reilly had Lucky Whitehead on the receiving end of several catches gaining much needed yardage for the home team moving he yardsticks downfield.

Using a pass and run Reilly used all weapons in his arsenal to march downfield for their longest play of the year in six plays that saw Reilly shovel one B. Burnham for a 10 yd TD.

As aggressive  as the RedBlacks were, the “D” line for the Lions stopped them from gaining any valuable yardage in the third quarter, holding on with a 42-13 lead.

With the Lions holding a commanding lead, speculation looms that Reilly could be replaced with him gaining 300 plus yards with 4:24 left in the 4th quarter.

With the 4th wrapping up, putting more points on the board saw J. Camacho grabbed another FG from 14 yds out.

As if the last play of the game with 1:59 remaining Reilly was replaced by Nathan Rourke entered the game giving him a taste of game action.

Notes From The Lions Den

The BC Lions hit an important pair of firsts in their season on Saturday night with their 45-13 win over the Ottawa REDBLACKS.

The team is on its first winning streak of the season, having swept the REDBLACKS in a pair of games in a three-week span. With that second win, the Lions are over the .500 mark for the first time this season, now sitting at 3-2. The REDBLACKS are on the other side of that fortune, now sitting at 1-4.

Michael Reilly made 22 of 26 passes for 319 yards with four touchdowns and an interception. He was helped by the Lions’ defence and special teams units, who both added touchdowns on the night.

In his first start of the season, Dominique Davis was 30-51 for 333 yards, a touchdown and an interception.

The Lions return home to face the Saskatchewan Roughriders Friday September 24th with the kickoff set for 7:30 pm