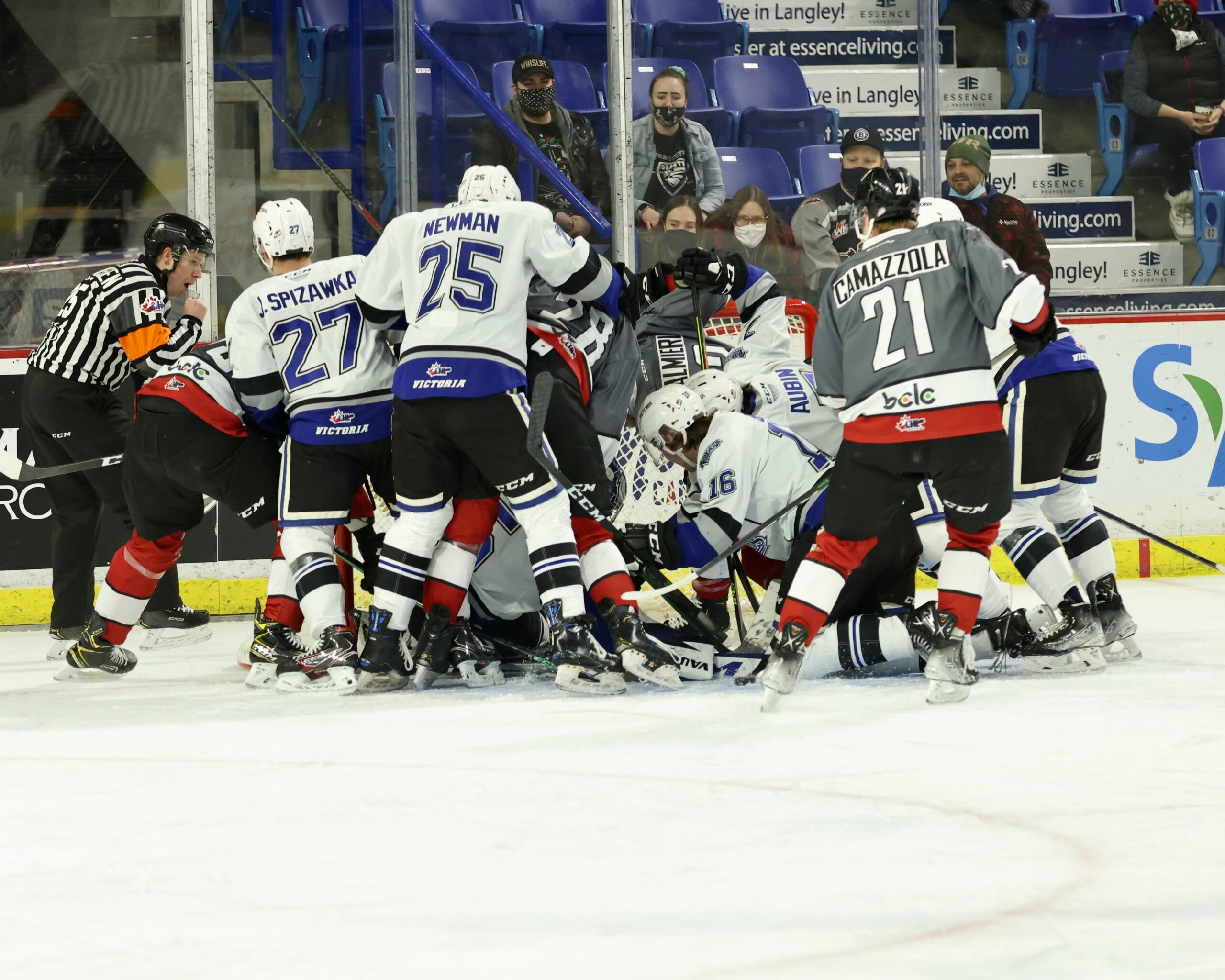 The Royals were only able to dress 14 skaters compared to the Giants 18, but managed to make it four straight wins over their Division rivals.

The Giants started strong in the opening first 10 minutes of the game following the return after their Christmas break that saw Kaden Kohle redirect an Alex Cotton pass at 3:23 for the first goal of the game.

The Giants had a strong start managing to throw 12 of the first 13 shots on goal with Giants Associate Coach Keith McCambridge mention. “I liked the jump we had; I liked the amount of pucks we were putting to the net. Obviously the second and third chances were there.”

He continued “I thought their goaltender did a really good job of giving them a chance to get their feet under them.”

Brayden Schuurman tied the score with just over six minutes to go in the opening frame and then gave the Victoria visitors the lead for good, scoring on his own rebound on a power play in the final minute of the period.

“There are times with our game where one goal goes in and we become a little fragile, we get on our heels and the momentum shifts.

The gameIt was a one-goal game at the halfway point of the game only until 11:16 when Bailey Peach extended the lead to 3-1 that saw the PP goal enter the net one second after the first of two Vancouver penalties had expired.

The Giants were given a five minute PP after Victoria’s Nate Misskey was dealt a major that only turned into a three-minute Vancouver PP after Cotton picked up an undisciplined minor for unsportsmanlike conduct in the mix-up.