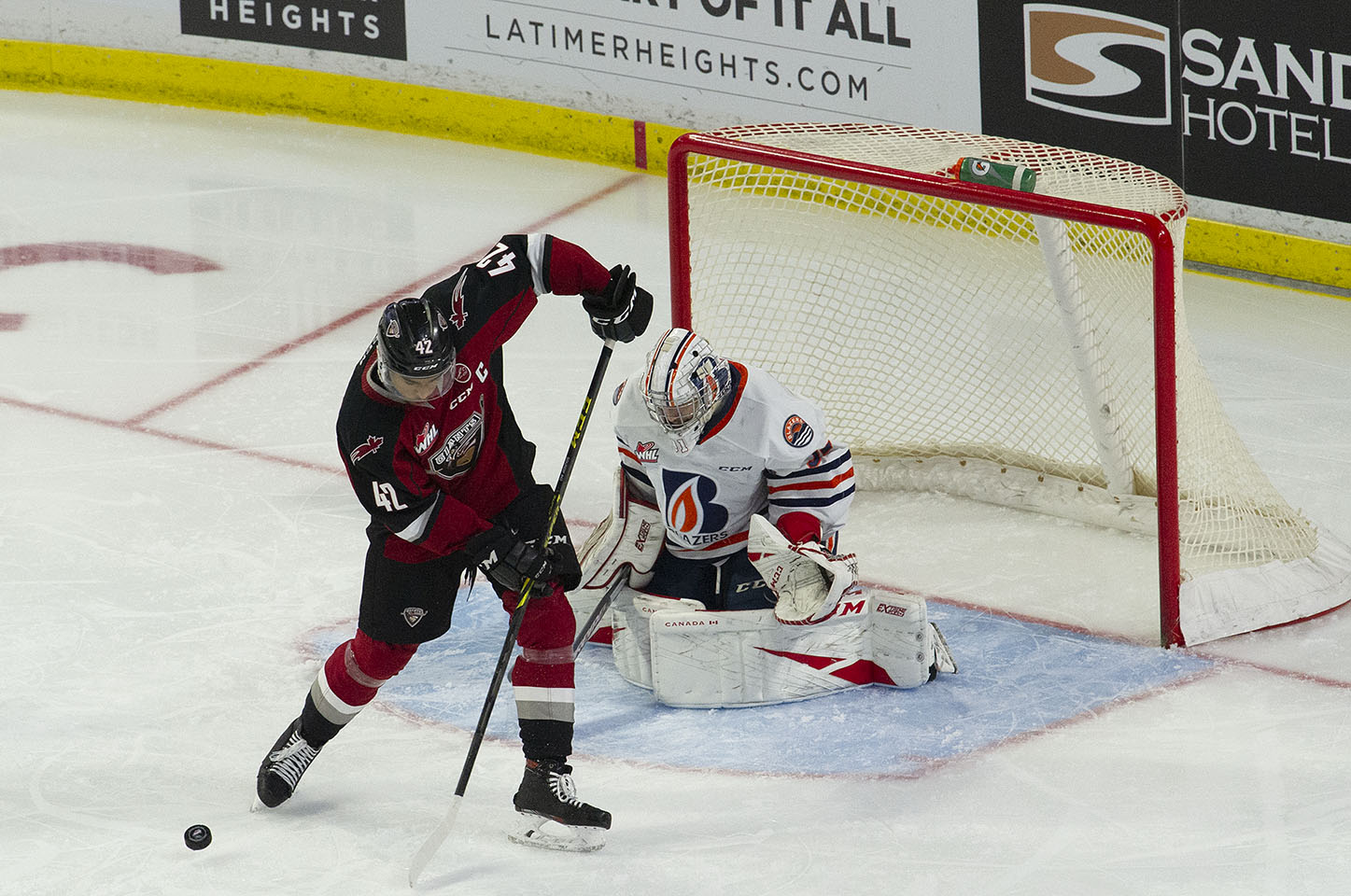 We continue to get press releases from Dan O’Connor, Media Relations & play by play person who keeps us up to date on all moves and info made by the Vancouver Giants, which we greatly appreciate.

Trades in today’s world are part of what being a player means for not only the team, but also possible advancement for the player’s career which benefits both team and the player alike.

He was originally selected by Tri-City in Round 2 (34th overall) in the 2017 WHL Prospects Draft and has played in 143 career games with Tri-City and Regina managing three goals and 21 assists for 24 points along with 70 penalty minutes.

Next up saw the Giants send Tanner Brown (2002) to the Winnipeg Ice for a first-round draft pick in the 2022 WHL Prospects Draft.

While with the G-men he (Brown) notched six goals, 23 assists for 29 points managing a +4 rating while being no stranger to the sin-bin managing 76 PIM’s, playing in 34 games this season collecting 3 goals; 11 assists for 14 pts.

Last season he (Brown) led the Giants with a +11 rating and was also named the Team’s Unsung Hero Award winner.

The big news of the day saw the G-men move team Captain and fan favorite Justin Sourdif to Edmonton in exchange for a pair of first-round draft picks (2022 and 2025) and 2002-born.

Sourdif was selected by the Giants (3rd overall) in the 2017 WHL Prospects Draft and recently signed with the Panthers.

In 22 games in the BC Division he led all skaters with 34 points (11G, 23A) as well as being named the Division’s Top Player and recently played at the 2022 World Juniors.

He was also fortunate to take home Silver with Canada at the 2019 Hlinka Gretzky Cup, and also played with Team Canada Red at the 2018 World Under-17 Hockey Challenge.

The above photo was taken at the pre-season press conference held at Tsawwassen Springs which was hosted by the Vancouver Giants.

In 49 career games in the WHL with Lethbridge and Edmonton, he managed 11 goals; 13 assists for 24 points and was originally drafted in Round 9 of the 2017 WHL Prospects Draft by Lethbridge.