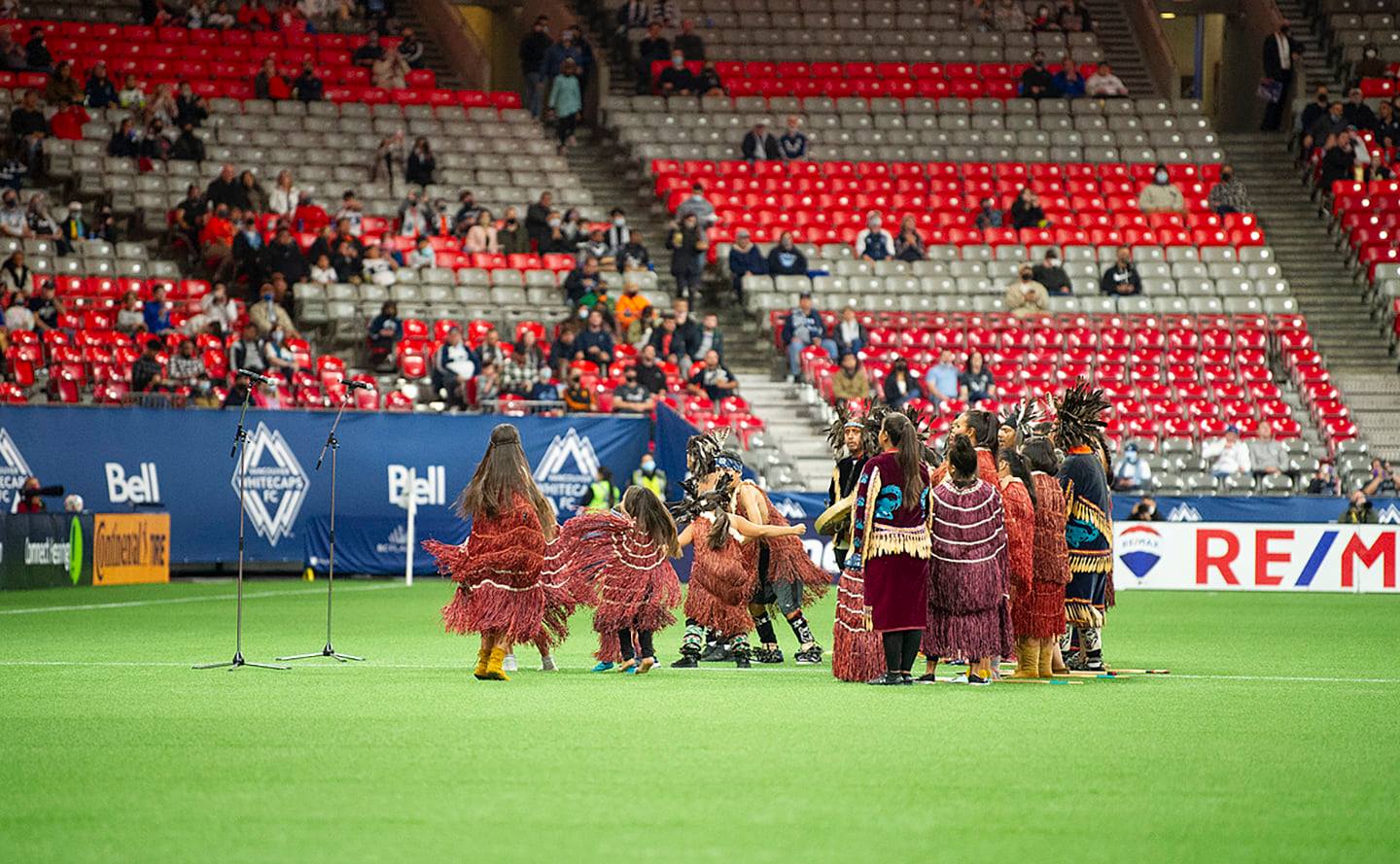 I wanted to re-post this in light of an upcoming event that is being held by the BCHL Coquitlam Express whom I am hearing are facing “heat” over hosting this event.

The world is an ever changing place and like it or not we MUST learn to adapt and change with it while remembering that it’s no longer the “dark ages” that we once lived in.

Locally the Truth and Reconciliation night was held by the Vancouver Whitecaps that saw a huge turnout, which was embraced by the community while showing support to todays changing world.

From one event to another and now I am hearing that the BCHL Coquitlam Express are hosting quite the first ever Pride Night thinking that this might be the first ever by any team in the league and if I am wrong, I am sure someone will let us know.

Most recently the Vancouver Canucks hosted 2SLGBTQIA+ Community at Pride Night as posted on the Canucks website March 10th, 2022 along with special limited edition Pride Jersey’s.

A cool Saturday evening and the roof was closed at BC Place for the match between the Vancouver Whitecaps and the San Jose Earthquakes in MLS league game action.

It was Indigenous night at BC Place for the Whitecaps who were honouring Truth and Reconciliation held two days prior.

On this night Orange was the colour of the evening!!

Normally three goals means that everyone throws their hat on the ice, but in this case the hat’s would have been hard pressed to hit the pitch given the three goal performance from Whitecaps Brian White.

While it’s a team game, it’s fair to mention that he alone led the Vancouver Whitecaps in the decisive three-nil rout over San Jose in a match that was set aside as Indigenous Night that had over 500 First Nations members in attendance..

Prior to the start of the match Vanni Sartini (acting head coach) saw him make six changes in the prior nil-nil match against the Houston Dynamo FC in a mid-week match-up.

Changes seemed inevitable at this point given the way the Caps were continuing to attack with changes still not finished.

The ‘Caps controlled the game at the start (as Laird mentioned) for about the first 10 or 15 minutes that saw Teibert manage to cross one over to Gault who managed to get a shot only to be turned aside.

Rebounds are the next best thing to scoring and in this case it was Leo Owusu who sent a cross to Gauld only to be stopped, but allowed White to jump on the rebound putting the Whitecaps up 1-nil at the half.

Caps newest member White played exceptional as he was able to get a header off Caicedo’s free kick in the 59th minute, which was followed up by his third of the match in the 73rd minute off a corner from Ryan Gauld.night, as the ‘Caps in-season acquisition would use his head to put the match away.

This game was all Whitecaps in a match that featured hockey overtones at times with the officials earning their pay to control the match, all due to frustration

Vancouver now travels down the I-5 October 9th (Saturday) to take on the Seattle Sounders at Lumen Field with the kickoff at 6 pm.

Brian White tied his career high with nine goals in an MLS season.

Maxime Crépeau kept their third straight clean sheet extending their shutout streak to 332 minutes and also set a new career high with his sixth clean sheet of the season.