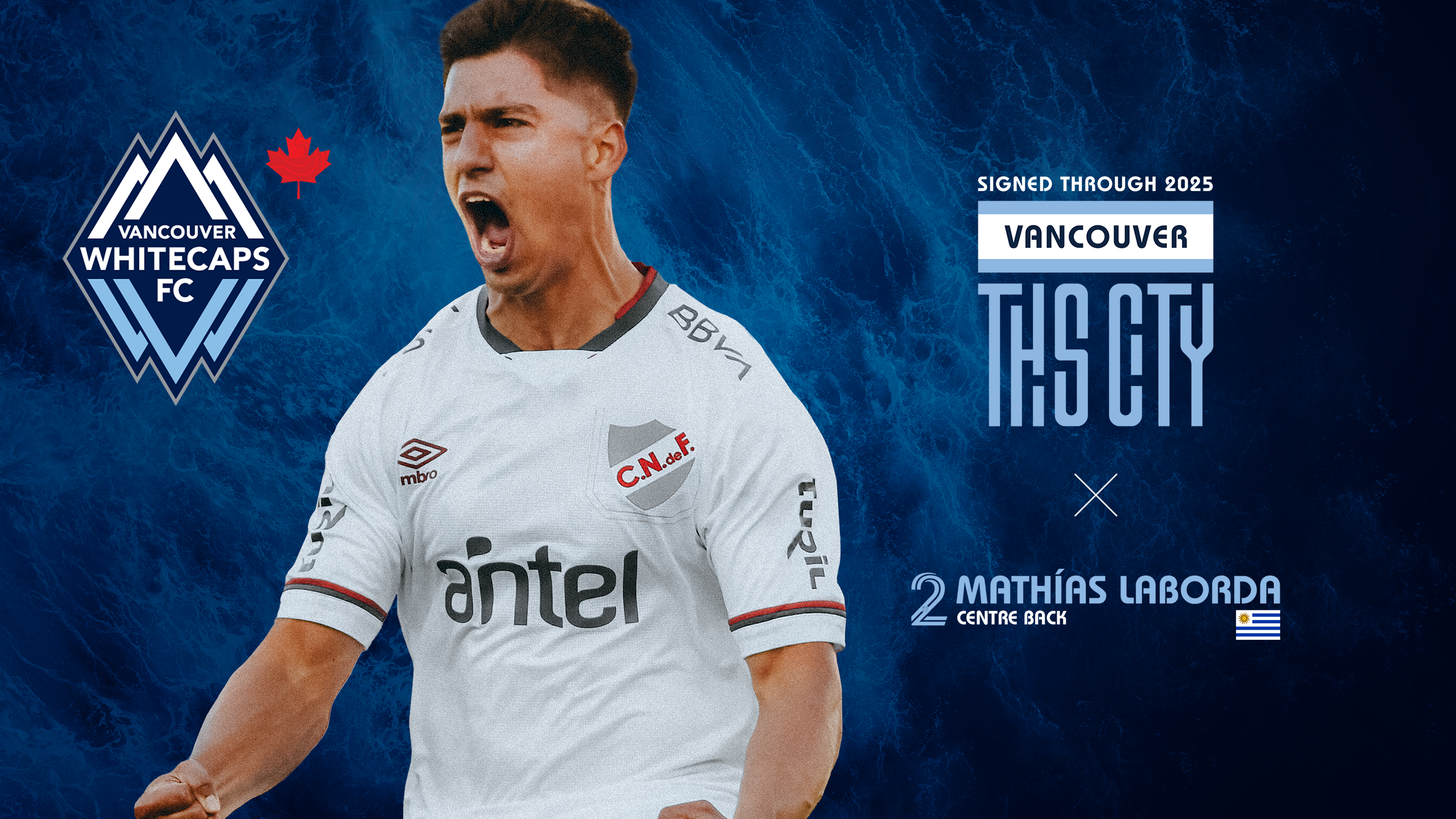 Soccer in the lower mainland continues to grow all due to our local pro MLSVancouver Whitecaps FC who focus on soccer fans while attracting today’s youth to the games.

Some are still mesmerized at the possibility of having a newer stadium other than BC Place which for many of today’s families is far too expensive to attend.

Regardless of the price and the drive from the “burbs” the entertainment value is worth the trip and the bonus for growing the game is having local youth teams attending.

While changes have occurred over the past couple of seasons they are focused on putting a winning championship team on the turf for “the Village of Vancouver” as once reported on National TV.

We are hearing that they have signed twenty-three year old centre back Mathías Laborda via the use of Targeted Allocation Money.

Axel Schuster, Whitecaps FC sporting director mentioned “Mathías is a player we’ve been scouting for over a year and he’s a young, intelligent, and tenacious defender. Mathías is comfortable on the ball and brings a mix of experience as well as a potential for growth. We’re happy to welcome Mathías to Vancouver.”

He has started 82 of his 101 appearances across all competitions for Uruguayan Primera División side Club Nacional de Football, helping the side win three Primera División titles in 2019, 2020 and 2022 as well as the 2021 Uruguayan Supercopa.

In addition he managed six goals and one assist during his time with the team, originally coming via the Nacional’s youth academy that saw him join the club at the young age of 16.