Canada Day for 2020 will go down as one of the strangest celebrations ever recorded in history as a national holiday which marks the anniversary of Confederation.

The date dates back to 1867 marking the date when the British North America Act came into effect which united three colonies into a single country called Canada within the British Empire.

Today the British North America (BNA) act is known as the Constitution Act when the term Canada was used in 1791 as an official name when the Province of Quebec was divided into the colonies of Upper Canada and Lower Canada.

It wasn’t until 1841 that both of the two colonies became united under one name, the Province of Canada.

In today’s world Canadians are simply known as “Canucks” which is a slang term with the spelling as “Kanuck” that referred to Dutch Canadians as French Canadians.

Canada is not only unique, but an extremely diverse country that embraces all cultures in a manner in which we can not only learn, but teach today’s youth for the betterment of future generations to come.

July 1st, 1967 marked the 100th Anniversary of Confederation, but for our Family it was a move from Trenton to Comox on Vancouver Island, so Canada Day was simply a travel day, but did watch the fireworks later that night.

Everyone celebrates Canada Day in their own unique manner, but 2020 will be simply viral and given technology what better way to enjoy Canada’s 153rd Birthday in your own unique way.

Sportswave thanks the health care workers who put their health at risk as well as those who go to work so we can have some “normalcy” with our daily lives without any second thought of doing so.

While we are unable to celebrate Canada Day as we have in the past, spend your day with Family and Friends knowing that brighter days are ahead for all Canadians.

Sportswave has had the privilege to cover numerous events and we thank everyone for opening their doors welcoming us. 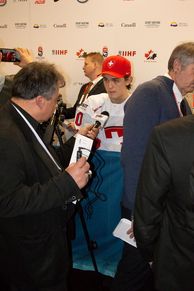 The Journey’s Over
Independent Review Panel