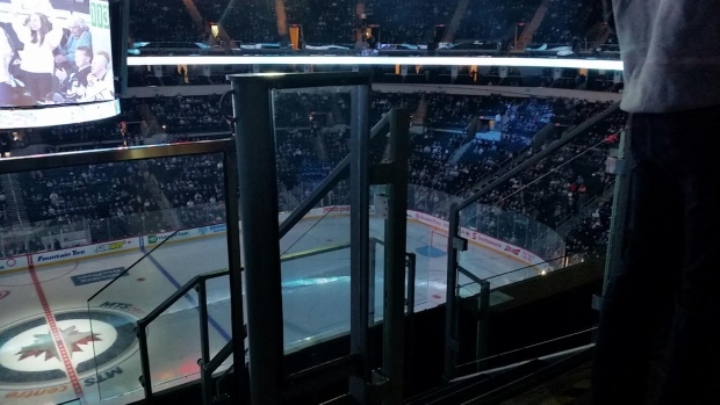 Have you ever attended a game and had your view blocked, either by rowdy spectators or being blocked by a railing or worse.

We seem to take it for granted, but imagine being in a wheelchair and not being able to move for a view!

Individuals who use self propelled or manually controlled devices are in most cases limited at various venues.

Now we are hearing of this thing happening in of all places, the Winnipeg Arena or the MTS Centre.

Jared Funk who sits with a group of wheelchair users directly behind the newly-added premium loge seats in the upper bowl, he mentions “We have blockage with the people in front of us and we lose about one-quarter of the ice rink.”

Funk is a three-time Paralympic Athlete in the sport of wheelchair rugby in addition he’s a Winnipeg Jets season ticket holder and a supporter of the Manitoba Moose.

It caused numerous complaints, with hundreds of Jets fans in the upper bowl complaining about the new structure which was the addition of steel and glass which was obstructing their view.

True North Sports and Entertainment recognized the poor sightlines created with the construction of the loge seating and promptly responded by raising 6,500 seats in the upper bowl by 2½ inches.

They (True North) claimed that this improved the sightlines of all 300-level patrons, but Funk says that the improvements were only applied to the seats behind his section and the height of the accessible seating area remains unchanged.

Funk is frustrated with the response that states: “Their response has been, ‘We can buy you out of your contract.”

Accessible seating is a feature required by the arena’s building code and he wants to see that requirement put into place more effectively.

True North’s senior vice-president Kevin Donnelly doesn’t seem to look at this complaint from Funk as an accessibility issue.

This is just one of the many problems faced on a daily basis by those required to be in a wheelchair and it’s time for us to make the necessary changes.

For instance, the Ladner Leisure Centre was recently renovated but those in a wheelchair are still restricted to the lobby end of the arena and are unable to watch the game from the stands. 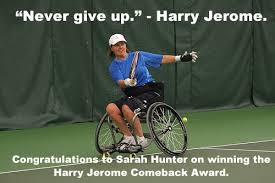 One has to ask if this was an oversight on part of the builder or just a case of saving money?

In today’s world this is unacceptable!! You’re call!!

World Championship of The Quadrennial
keep Them Fueled-Up