With my Father serving in the RCAF in Canada we were raised with a strong military background understanding of what Military Men and Women serve their country for.

We reflect and want to pay our respect to those who serve in the US Military protecting their  country serving both home and abroad.

Many leave for a “Tour of Duty” and never return to their Family and loved ones and sad as it is some in today’s world don’t respect the service they are doing to protect them from future problems.

Serving isn’t being selfish, but rather a love for their Country which in most cases comes from having a military background and if only politician’s would stand tall act their age and not their shoe size, which does nothing to install respect for today’s youth of their country.

Having an American Brother-in-Law who fought in Vietnam has taught me that respect goes beyond any boundary or border, but is a worldwide concern which many vet’s were traumatized by sights and sounds of this horrible war.

The cost of the war saw human costs of the long conflict harsh for all involved and in 1982 the Vietnam Veterans Memorial was dedicated in Washington, DC.

It is inscribed with the names of 57,939 members of U.S. armed forces who had died or were missing as a result of the war.

The following years have seen additions to the list that have brought the total past 58,200. (

It should also be noted that at least 100 names on the memorial are those of servicemen who were actually Canadian citizens.

Today the United States reflects on serving for their  country and not getting involved in politics.

It’s great to see and hear many politicians paying their respect to those who  serve or have served.

Memorial Day in the US is a federal holiday that was set aside to honour the Men and Women who died while serving in the U.S. military and is observed on the last Monday of May every year.

Memorial Day, formally known as the Decoration Day, allows all  Americans to observe by visiting memorials, participating in parades, and organizing family gatherings.

Freedom always comes with a heavy price for everyone that saw the USA lose far too many soldiers of their nation who fought to guard for freedom.

Thanks to those who have laid down their lives and currently serve to protect their country!!. 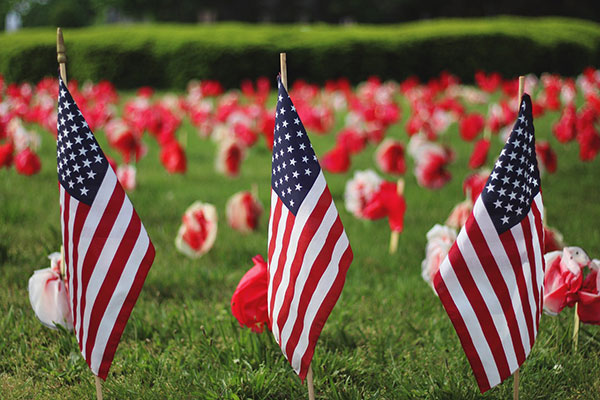 BC Open For Business
Fiddler Steps Down