Given what everyone has been through over the past 16 or so months, it is finally nice to hear some good news – especially from the government.

Following a long unwavering turmoil in Ottawa and how we heard about how Julie Payette treated her staff and also resigned more than 5 months ago after a scathing external review found she had presided over a toxic and poisoned workplace at Rideau Hall.

Payette is a former astronaut, who was installed as governor general in October 2017 that saw elements of her past personal and professional life come under scrutiny amid allegations that the Trudeau government didn’t properly vet her for the post.

We hear about all the unrest in today’s society, how many treat each other and the understanding of respect is long gone, which would make my departed Mother turn over in her grave.

It’s a sad day when one society turns their backs on others who only want to have a good life and enjoy the world as they know it, but to be treated by someone in any government is shocking.

Everyone has their thoughts and feelings on different government(s) and regardless of what your view is for a person in power to treat society like “second class citizens” as we have witnessed is sad.

Turning the page and given the pressure with recent situations that have arisen it’s great to hear that Inuk leader Mary Simon has been chosen as Canada’s Governor General and becomes the first Indigenous person ever to be appointed as the Queen’s representative in Canada.

Earlier in the day there was a ceremony held at the Canadian Museum of History in which Prime Minister Justin Trudeau mentioned “The Queen has accepted his recommendation to appoint Simon a past president of Inuit Tapiriit Kanatami, the national Inuit organization — as Canada’s 30th Governor General.

She mentioned “I can confidently say that my appointment is a historic and inspirational moment for Canada and an important step forward on the long path towards reconciliation and my appointment comes at an especially reflective and dynamic time in our shared history.”

Simon is an Inuk from Kuujjuaq, a small hamlet on the coast of Ungava Bay in Northeastern Quebec.

Inuit groups also rushed to praise Simon’s appointment, with Pita Aatami, president of the Makivik Corporation, which represents Inuit in Quebec’s northern Nunavik region, describing it as the start of a “new chapter in Canada’s relationship with Inuit, First Nations, and Metis.”

In her inaugural remarks, delivered partially in Inuktitut, Simon said her personal story has made her a bridge builder between the north and south of Canada — her mother was Inuk, her father a trader with the Hudson’s Bay Company.

“I can relate to all people, no matter where they live, what they hope for, or what they need to overcome,” she said.

She was born to a local Inuk woman and a fur trader father who worked at a Hudson’s Bay Company outpost.

Sportswave is extremely proud to have her serve as Canada’s Governor General. 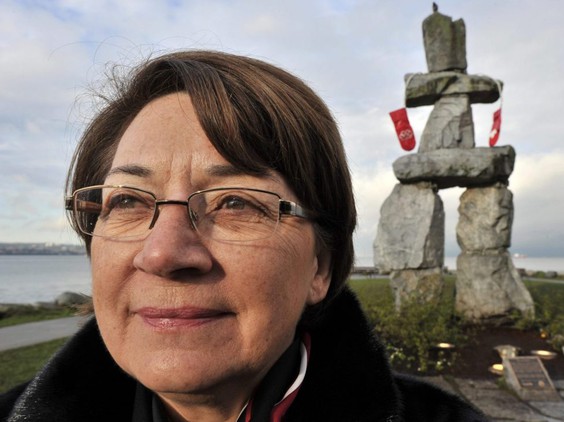