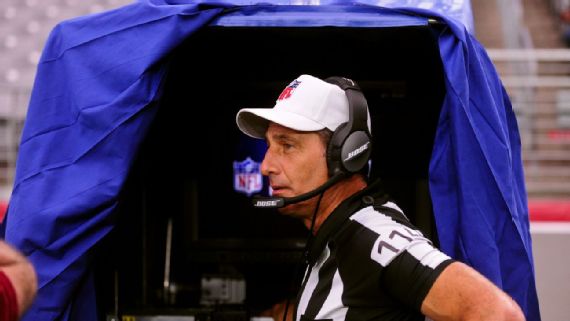 Are you the arm-chair QB that second guesses not only the officials after each call, but also the video review for most sports, but especially the NFL?

Well if you are you certainly are not alone and believe it or not the NFL is away of your concern and is looking at making possible changes to it, which for the fan is a real blessing.

I am hearing that NFL commissioner Roger Goodell has confirmed that Dean Blandino who is the Senior VP of Officiating will add to his plate and be the final decision maker in all reviews on calls made.

First I must say that he’s going to be a busy man, but you have to ask why has he not been doing this from the start and the answer is for a specific reason which all rests on the shoulders – or rather the 50 yard line of the league.

Dating back to the 2014 season Blandino and others only monitored games from their New York based Game-day Central room and in being realistic, there weren’t enough people involved to help out this multi-million dollar business. Really!!

So once the official stopped the game and walked to the “hood” where he was at times pelted with beer from the unruly fans in the crowd those in New York has reviewed the play already thinking of a possible solution.

One might think that all this took away from the game and for the fans it did, causing many who were “TV Channel Surfers” to turn away for another program and just maybe one in Canada.

So while all the controversy surrounds the “hood” and it’s unique look almost like a phone booth in the 60ties, they are moving forward giving the referee the use a video tablet.

Using this he can review all replay angles also by using a wireless headset to New York with no one throwing a flag on his play calling ability.

Following this the referee will announce the decision to the crowd apparently even if the station is on a station ID.

I am told that in 2016 the average time for a review was only 43 seconds whereas a TV Commercial or Advertisement can take up to a full two minutes, depending of the length of the add.

While Goodall thinks this is a better approach there is speculation that it won’t speed up the game, but the reviews will be just maybe more consistent making any mistake clearer and more obvious to everyone, well mostly the knowledgeable ones anyway.

While some are a traditionalist at heart, in today’s world sport is clearly big business for any owner and no one want’s to lose by a wrong call which was simply human error and could have been rectified.

I am waiting for the official word that the League has hired Female Officials not just to be a line judge, but the main referee for the game.

Just wait – it’s coming to a stadium near YOU!!!