While having some “down time” only due to COVID-19, it’d seemed time to reflect on past events that have been covered by myself and Kevin Adlem for Delta TV.

Several come to mind, but this one spends time focusing on basketball programs at both Seaquam Secondary as well as Simon Fraser University.

Both have continued to develop talented players as well as “top notch’ coaches that have worked at the minor as well as National programs.

When you look at what Seaquam Secondary has done with program that Bill has produced, it’s fail to mention that this program has reached all levels of the game, from grass roots to the pro’s.

Bill was a “staple” in the community as well as the lower mainland when it came to the development of players, from rookie to the advanced level player.

SFU was under the guidance of Delta’s Alison McNeil who had a 13 year career there and then moved on the coach at the National level for Canada at the 2012 Summer Olympics. 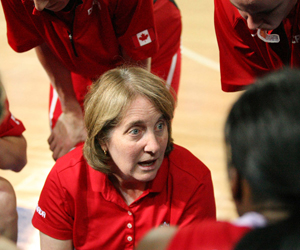 As far as I know she is currently the Head Coach of the BC Centre and while at SFU, she played a key role in advancing them to 3 NAIA Final 4’s,

In addition, she served as the Associate Head Coach at the University of Oregon helping the Ducks to the WNIT title in 2002 and an NCAA tournament spot in 2005.[2]

The Coaching Association of Canada awarded her the Geoff Gowan Award recognizing her lifetime contribution to coaching development in Canada.

Additional info for Alison can be found on Wikipedia

Return To Sport
Know Before You Go