Focusing on the WHL we are hearing that Kelowna Rockets suspended play for two weeks after half a dozen players were put on COVID protocol.

The suspension in play was made official as the Rockets had six (6) players and staff tested positive within Team Chort keeping them inactive until April 15th with other teams in the bubble saw their tests come back negative.

The scheduled game number 178 between the Giants and PG was postponed out of concern for caution.

The players and staff were immediately isolated for further testing and the BC Health officials were contacted by the WHL.

Those involved were asked to self quarantine and be monitored for symptoms for next two weeks that will see the Rockets assist B.C. Health officials on this crucial matter and as one can expect league is in consultation with B.C. Health Authorities.

From one Junior League to another where it was announced last week that the BCHL posted a league statement on social media that they were confirming that the league are leaving the CJHL. 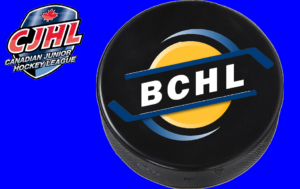 This is the league that controls the operation of Junior A hockey in Canada working with Hockey Canada.

If and should the BCHL leave the CJHL there will be nine remaining teams in the league to which the league (BCHL) mentioned that they are not withdrawing from BC Hockey or the parent body Hockey Canada.

While I have been trying to make contact with the BCHL offices it’s interesting to note that the phone rings and rings never getting the chance to leave a message or even get a reply.

On the official league website there are six (6) listed under the league staff with the only one having an email is Jesse Adamson – Coordinator, Content Services.

We were attempting to obtain media accreditation for the BCHL Pod games in 8-rinks as well as Chilliwack and although it took a while I did eventually get a reply.

We have been covering the games in both centers having communication with Tali Campbell which we greatly appreciate.

If you focus on the withdrawal of the league from the CJHL to no surprise League Commissioner Chris Hebb has declined to comment on the statement.

The President of the CJHL is Brent Ladds who has been involved for numerous years whom I met a number of years back at an AGM which was hosted by the BCAHA, so yes it was years back.

It’s interesting that he mentioned “Hockey Canada has indicated that the classification of the BCHL is a matter yet to be determined by BC Hockey.

Understandably the CJHL believe this topic will need further clarification and according to Cameron Hope CEO of BC Hockey he indicates that ‘we’ll take it one step at a time.”

In part the concern revolves around interprovincial trades and affiliating with lower-level teams.

Should the BCHL move so as to look like Junior B would be a conflict with the three other Junior B Leagues in the Province.

So for those who think this is a “done deal’ – think twice!!!

It’s In You To Give
Kraken Signing