While the summer is slowly winding down given that we have entered into August with the weather finally getting around to being summer.

Travel is still on the minds of most, who have been limited to the confines of their own residence or communities for the past while and now it’s time to venture out. if you are selling your property is very important that you Get Agent to sell your property faster.

While we have spent time visiting our own communities or surrounding areas, let’s venture east and visit Fernie. 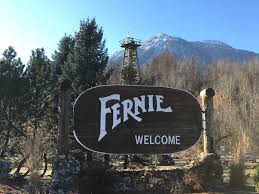 The town itself is situated in the East Kootenay area known as Elk Valley located in the southeastern area of BC.

You can find it on Hwy 3 located on the eastern approach to the Crowsnest Pass as you travel through the Rocky Mountains of BC.

Fernie is located 327.2 km from Calgary and 942.7 km from Vancouver by car and the closest airport is located in Cranbrook which has daily flights.

Fernie was founded in 1898 and eventually incorporated and became the City of Fernie in July 1904 having a population of just over 5,000.

Its reported that there are an additional 2,000 residing outside the city limits which fall under the jurisdiction of the Regional District of the East Kootenay.

To the east of the City lies the vast Crowsnest Coal Field and it’s reported that the origin of Fernie is reported going to William Fernie, a nineteenth-century prospector who is reported to have started the coal industry that continues to this day.

A coal mine explosion killed 109 miners at the Crow’s Nest Coal Mining Company May 23, 1902 and is reported to be one of the worst mining accidents in Canadian history.

It’s reported that a fire destroyed a vast majority of the downtown in 1904, but the municipal government of the day passed an ordinance requiring all buildings in the area to be built of ‘fireproof’ materials such as brick and stone.

Subsequently a new city center sprouted that sported brick buildings along broad avenues that would have looked more at home in a refined Victorian city, versus a western style frontier coal town.

As if one fire wasn’t enough the City was hit with a second, larger fire August 1st, 1908 that swept through the city.

As if these two disasters weren’t enough, Fernie’s Memorial Arena had an ammonia leak at the local arena  October 17, 2017 that claimed the lives of three workers; two City of Fernie employees and one CIMCO refrigeration employee from Calgary.

This tragedy saw the local KIJHL Junior B hockey team (the Ghostriders‘) regular season come to an end as the City declared a state of emergency, forcing people to evacuate the area for several days.

The team was quickly relocated to the Elk Valley Leisure Centre in Sparwood to finish off the season for the 2017–18 KIJHL season until a decision was made by the City.

Eventually the City of Fernie mad the decision to replace ammonia for a synthetic refrigerant prior to the 2018–19 KIJHL season that saw the team move back to Fernie.

This ammonia leak caused the Province of BC to revisit the overall procedures for arena’s and their ammonia system regulations.

Simply meaning that all ice-men MUST have a mask on when they enter the refrigeration room for any inspection, which normally takes place every two hours and marked in the log book.

Small Town/City Canada are known for producing some exceptional individuals, some of whom are listed below. 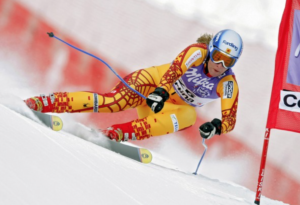 One of Fernie’s most decorated athletes Emily Brydon has been inducted into the BC Sports Hall and was recognized for her skiing career placing her on Canada’s National team for over a decade and to the Winter Olympics on two occasions.

The following people were born, raised in or reside in Fernie: