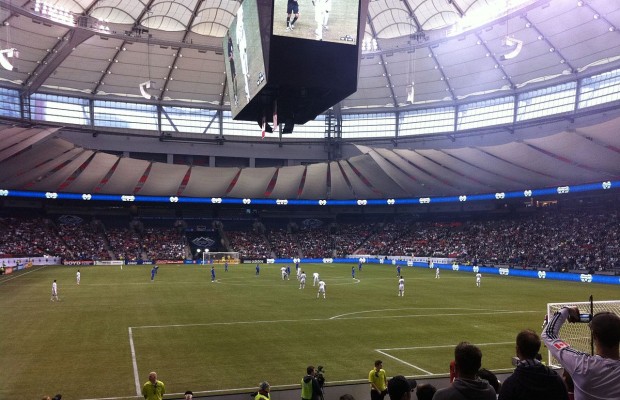 The excitement continues with the recent news that we could be attending an upcoming Vancouver Whitecaps match later this month.

We are hearing that should the Canadian Government open the border later this month or mid-month all three Canadian teams could hit the pitch for play after receiving a National Interest Exemption allowing for cross-border games during COVID-19.

Both Toronto FC and CF Montreal were given the green light to allow games to be played on home turf in their own stadiums for the first time dating back to September 2020.

Both clubs have already played games back at BMO Field and Stade Saputo, but apparently this authorization was due to expire at the end of August.

The League has mentioned that the Public Health Agency of Canada and the Minister of Immigration have approved a National Interest Exemption that outlines stringent health and safety protocols allowing for all MLS players to participate in cross-border matches.

Reportedly the MLS released the following saying “Included in the National Interest Exemption requirements, all traveling players and staff will continue to undertake COVID-19 molecular testing prior to, and upon arrival into Canada, regardless of their vaccination status.”

Continuing to mention “Those individuals who are partially vaccinated, or are unvaccinated, will be required to observe a modified quarantine and upon receipt of a negative COVID-19 test, these individuals may participate in work activities only, including training and games, and are otherwise prohibited from attending other functions or places through the remainder of a 14-day quarantine period, or until they leave the country.”

Canada’s third team and Vancovuer’s #1 team the Vancouver Whitecaps have been playing home’ matches at Rio Tinto Stadium in Utah.

It’s unfortunate, but there have been some issues surrounding scheduling of games with B.C. Place Stadium which has temporarily delayed the Whitecaps’ return home.

It’s  reported that Vancouver will play nine of the final 15 regular season matches at B.C. Place playing two games in August with the first against  LAFC (August 21st) and the second August 29th against Salt Lake.

Toronto and Montreal based themselves in Florida, in Orlando and Fort Lauderdale, respectively while the Whitecaps were in various locations.

Attendances at BMO Field and Stade Saputo are currently capped at 15,000, with the Whitecaps’ first three games back at B.C. Place amd are limited to just over 13,000 fans.

Canada Focused On Gold – Nothing Less
The Long And Winding Road