Will Change Bring A Win? 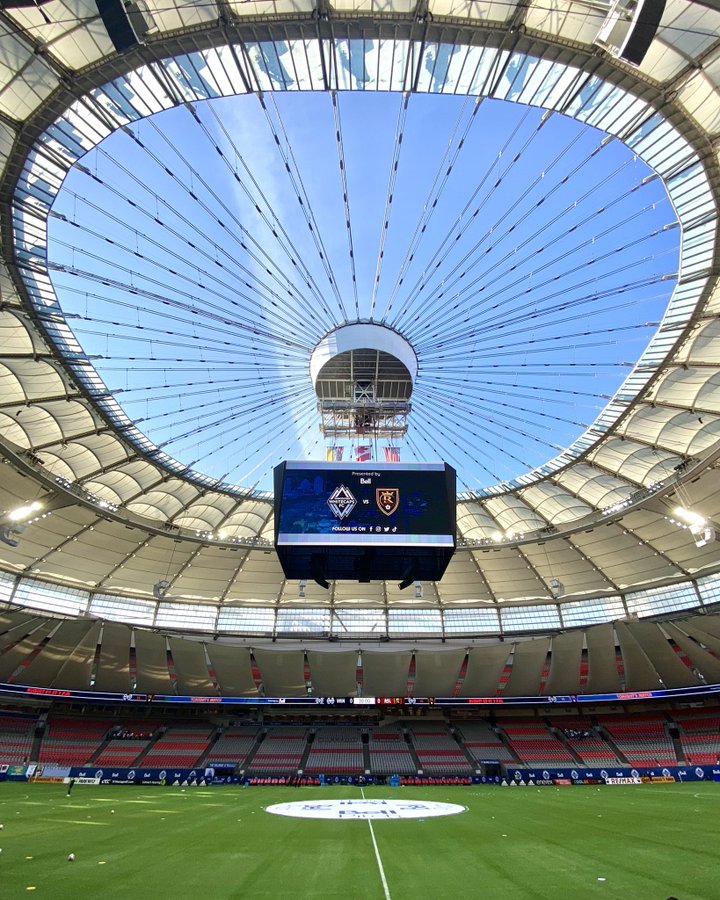 The Whitecaps return home for their second home match following their extended holiday south of the 49th and are welcomed by their fans all hoping for their second win in as many “home” games.

The game in Victoria was not only a write-off for them, it was the last straw for head coach Marc Dos Santos and assistant coach Phillip Dos Santos, which according to some was long overdue.

Some are asking who’s replacing him as they move forward and in the same press release it was announced that Whitecaps FC director of methodology Vanni Sartini will be the interim bench boss.

In addition we are hearing that Assistant coach Ricardo Clark and their goalkeeper coach Youssef Dahha will remain in the same positions for the club.

He continued “Whitecaps FC we are extremely committed to continue moving this club and team in the right direction, and at this time we felt that it was necessary to make a change to achieve success.

No sooner than they replace the coach they hit the pitch at BC Place against Real Salt Lake having 14 matches remaining in the regular season, which include eight matches at BC Place.

As expected outgoing coach Marc Dos Santos. Mentioned “I am very grateful for my time with the Whitecaps and appreciate the support I received during a challenging two plus seasons and there are a lot of great people at this club, who work extremely hard, and I’m thankful for the time we shared together. I am also especially thankful to the players, technical and support staff and wish everyone all the best. I am very excited about the future.”

It was November of 2018 that Marc Dos Santos became the Cap’s head coach while Phillip Dos Santos joined in December 2018 and put together a record of 22W-37L-18D in addition to being ousted in the third qualifying round in 2019, and the preliminary round in 2021.

For those who are uncertain he (Sartini) joined as first team assistant coach prior to the start of the 2019 MLS season then made the transition to director of methodology in September 2020.

He later worked in opposition analysis for the Italian youth national teams at the U-17, U-19, and U-21 levels, and was a coach educator for both the Italian Football Federation and U.S. Soccer. Sartini holds a UEFA Pro Licence, the highest coaching certification available.

The former central midfielder also played in Germany with Eintracht Frankfurt and in Norway with Stabæk. Before joining Whitecaps FC, Clark began his coaching career with the Dynamo Academy.

In 2018 Dahha joined following a stint as the goalkeeper coach for the Ottawa Fury FC, following 13 years with the Impact where he helped them win the A-League championship in 2004, the USL regular season titles in 2005 and 2006 in addition to the USL First Division championship in 2009.

At the MLS level, he helped Montreal to consecutive Canadian Championships in 2013 and 2014, and a runner-up finish in the 2014-15 Concacaf Champions League.

Thanks to the Vancouver Whitecaps for the press release.