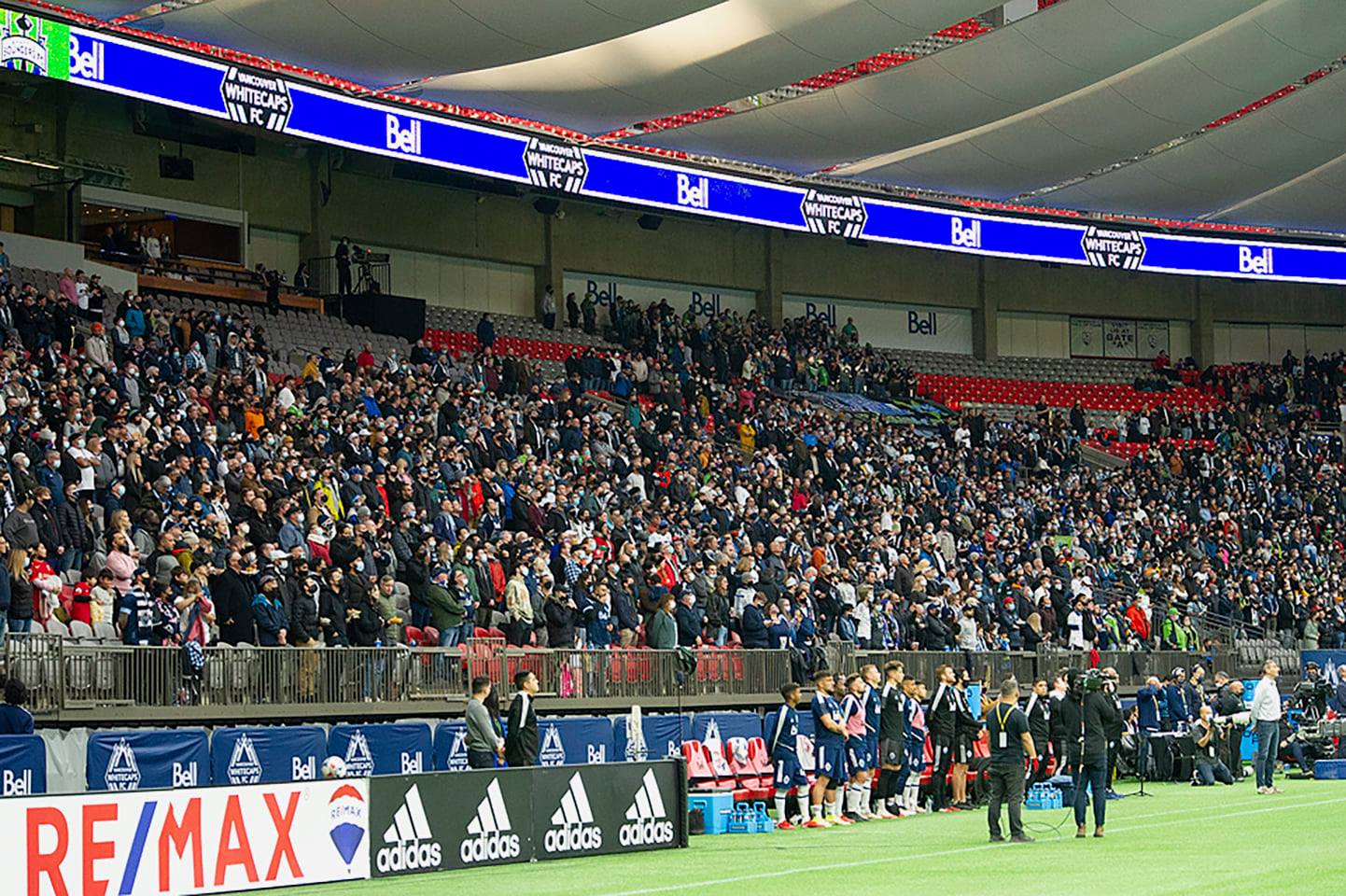 Fighting Covid-19, playing away from Vancouver and living on the road eventually took its toll as their dream season came to an abrupt end dropping a 3-1 decision to Sporting KC on the road in a match played at Children’s Mercy Park in Kansas City.

Entering the match one might say that the Whitecaps are one of if not the hottest teams in the Western Conference losing only one of their last 11 and two of their last 16.

While we continued to hear “we’re sticking to the game plan” as we were often told at any post game presser by Marc dos Santos who was the former Swope Park Rangers coach the Caps needed a change.

With pressure coming from the fan base or lack of fans attending the games they went internal and put Vanni Sartini as the bench boss who virtually turned the team around with his school yard style of  play.

Sporting KC jumped out to the early lead in the 17th minute with Graham Zusi sending one to Khiry Shelton who opened the scoring having Vancouver play catch-up.

The ‘Caps continued to press forward after Sporting KC’s goal, dominating possession while forcing KC to play more defensive, trying to take the fans out of the game, which almost succeeded

While it may have taken a while adding to the fact that Sporting KC were frustrated the Caps were awarded a spot kick in the 39th minute as the ‘Caps after  Luis Martins, Sporting KC’s fullback handled the ball while in the box.

Having patience is indeed a virtue, but with pressure on the Caps to get the equalizer it was Cristian Dájome who delivered the ball into the left bottom corner, managing to score his first career MLS Cup Playoffs goal.

With pressure now on Sporting KC as the half was coming to an end to the dismay of the Caps, Sporting KC would regain the lead in extra stoppage time that saw defender Nicolas Isimat-Mirin got the go-ahead marker heading to the half

Vancouver has felt pressure over the past while, but this pressure was like a nagging toothache that needed to be fixed and the final half saw Ryan Gauld, Brian White and Cristian Dájome put their talent on display.

To the dismay of Cap supporters KC doubled their lead that saw Graham Zusi deliver one from outside the box into the top left corner putting KC up by 3-1, which was their only shot on goal in the second half

Say what you will, Vancouver had lots of fight left in them and never gave up as they continued to pressure KC’s backline that forced Tim Melia to make one of his best saves of the match with a save with his headed effort.

To everyone watching in Vancouver it did appear to be on-side but the 86th minute saw Bruno Gaspar get behind the Sporting backline allowing substitute Lucas Cavallini to tap one in, but to the dismay of Cap supporters Gaspar was offside on the attack.

The ball came to an end with Cinderella unable to find her glass slipper bringing the ball and season to an end.

On behalf of Sportswave Media “Thanks for the memories”