The second of three home games for the Vancouver Whitecaps featured Vancouver playing host to the Montreal Impact in a key match in MLS league action.

The visiting Impact entered the match and were full value for anyone watching on-line  that saw a hard fought win doubling the Vancouver Whitecaps by a 4-2 score improving their record to 5-4-1 securing 5th place in the Eastern Conference or the MLS.

The Whitecaps unfortunately fell to 3-0-7 and remain in the bottom of the Western Conference with only 9 points on the season.

The match saw a slow start in which you could sense that both teams were testing each out and trying to figure out how to set up plays that would relate to points on the board.

Vancouver set formation saw them start with a 4-3-2-1 formation that saw them open the scoring with Theo Bair getting through ball by Michael Baldisimo only managing to hit an open Bair finding the lower corner to give the Caps a 1-nil lead in the 7th minute.

Montreal got the equalizer in the 15th minute that saw Orji Okwonkwo beat Thomas Hasal to even the game at 1-1 in the opening half, with each team taking turns in possession time creating several scoring chances.

The first half saw both teams play a give-and-go style of play with both teams managing only 15 shots, but it was with the Impact who managed to take the lead at the half.

With the first half drawing to a close an unfortunate misplay saw Thomas Hasal (Goaltender) hitting or tagging Romell Quioto inside the box in added time that saw Saphir Taïder get a penalty shot putting the Impact up 2-1 at half time. 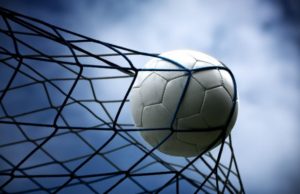 Vancouver’s Cavallini was carded for a foul in the 25th minute for a late tackle on an Impact player as the game remained tied at 1-1.

To the frustration of Vancouver the second half saw Vancouver’s Lucas Cavallini ejected from the game for getting a second yellow card in the 57th minute.

Montreal got two goals in the 51st and 60th minutes with a pair of Samuel Piette and Romell Quioto, but the home team never quit pressing each occasion they had.

The never quit Whitecaps managed to get a late goal in the 66th minute from a cross  on the left side of the pitch that deflected off Montreal’s Rudy Camacho foot into his own goal.

Vancouver made four substitutions Erik Godoy, Freddie Montero, Leonard Owusu, and Cristian Gutierrez to change things up in the 55th minute and get the offence, but Montreal maintained the lead and control of play.

due to a second yellow Lucas Cavallini and red card.

The match turned somewhat physical and cautions by Referee: Pierre-Luc Lauziere who was forced to call somewhat of a tighter game to maintain control with 20 minutes left in regulation.

Vancouver got awarded an own goal as Freddy Montero’s shot from inside the penalty area rebounded off an Impact player in the 66th minute cutting Montreal’s lead to 4-2.

Impact Emanuel Marciel was ejected for a late tackle in the 70th minute that now saw each team play even at 10 players Montreal.

They.made some late subs with Lassi Lappalainen came on the 86th minute for the Impact and Shamit Shome in the 90th with the referee showing 7 minutes of extra time but Montreal was in full control.

The Whitecaps next match is Wednesday against Toronto FC at BC Place with no fans in attendance which seems to be somewhat strange for those on hand in the press box or around BC Place.

Thanks to the Whitecaps for the MATCH DETAILS as listed below.