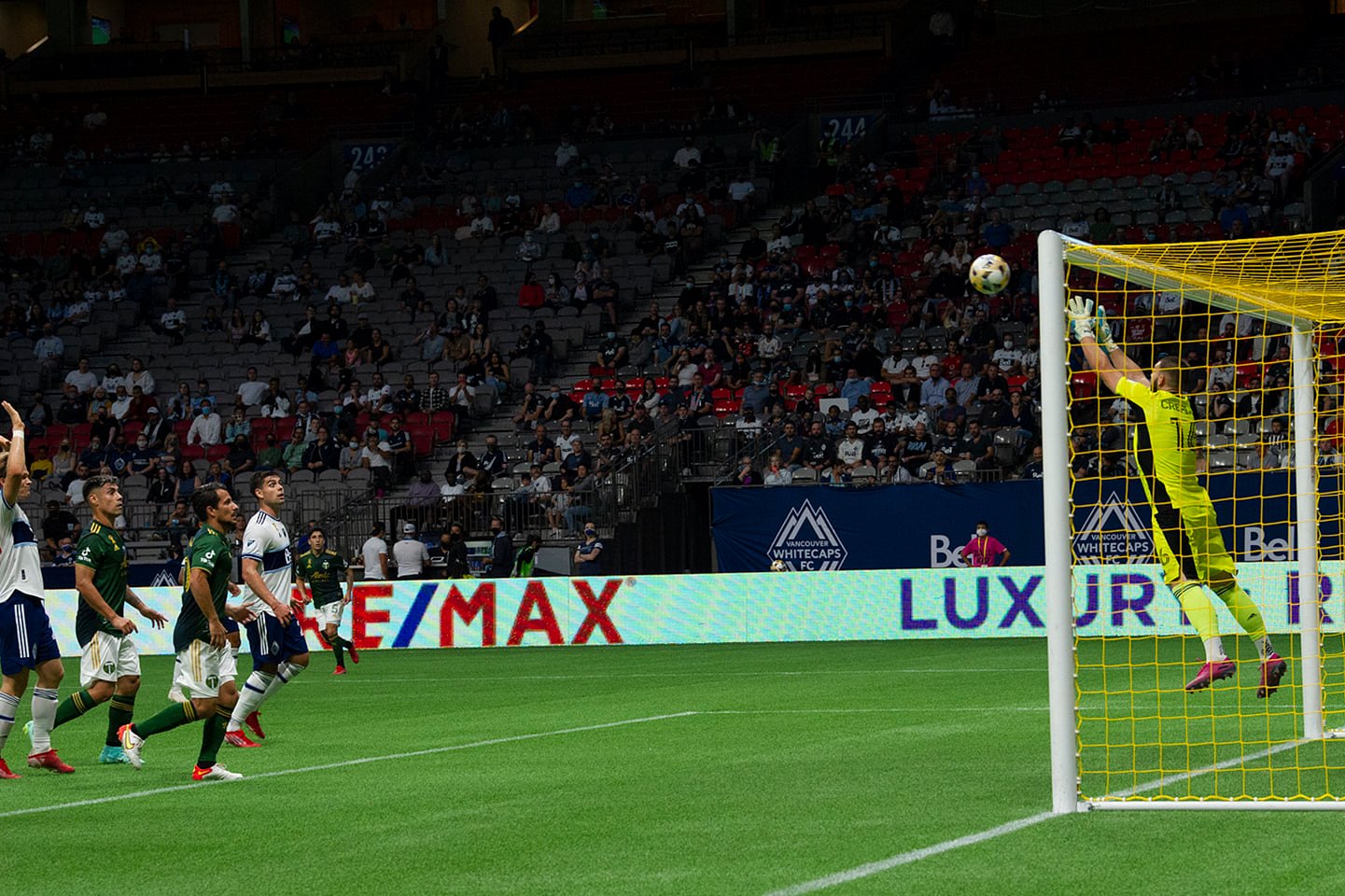 The match against their Cascadia rival Portland Timbers was an opportunity for the Whitecaps to set a franchise record for consecutive wins while riding a 10 match unbeaten streak in front of just under 8,000 supporters

Interesting enough, this match is the first Cascadia game played in 854 days remembering that they have not played either Seattle or Portland dating back to May 10th, 2019 all due to COVID-19.

Their record of late has vastly improved as well as club play following the recent change in the coaching department having a record of 5-0-5 with four wins entering Friday’s match.

If they were fortunate to pull off a win over the Timbers they could move into a playoff spot which could be short lived until the upcoming games mid-week.

Entering the match they are in eight with a record of 7-7-8 which gives them 29 points trailing both Portland and Real Salt Lake who have 30 points on the season.

Let’s remember that this is the first Cascadia Cup home match for midfielder Ryan Gauld who has collected four goals and two assists in seven matches he has played.

Vancouver continues to have strong fan support, but it fell short on this night as the Timbers spoiled Vancouver’s unbeaten streak in the 66th minute off a mistake by Whitecaps “D” sending the ball past returning “tender” Crepeau in the net off defender Ranko Veselinovic.

In a touch of class prior to the kickoff the Whitecaps had a moment of silence paying respect to the 20 Year Anniversary of 911 that shook the world as two planes were flown directly into the World Trade Centre.

It was as though both teams were playing a chess match trying to break down the strategy conjured up by the coaches to get an advantage in the opening which remained scoreless 20 minutes in.

Vancouver’s next best chance came off the edge of the box with Christian Dajome getting a cross from Teibert only to be turned aside to the frustration of Whitecaps supporters.

Vancouver’s first sub came in the 54th minute with Javain Brown entered the match for Patrick Metcalfe, with their second sub in the 62nd minute as Lucas Cavallini entered for Brian White Portland opened the scoring in the 66th minute with the ball going in off Cap’s defender Ranko Veselinovic past Maxime Crepeau giving the visitors a 1-nil lead.

Vancouver with the loss fall to 7-8-8 with 29 points on the season and trail the last playoff spot in the west behind Real Salt 8-8-6 at 30 points and have a game in hand on Vancouver in the MLS standing.