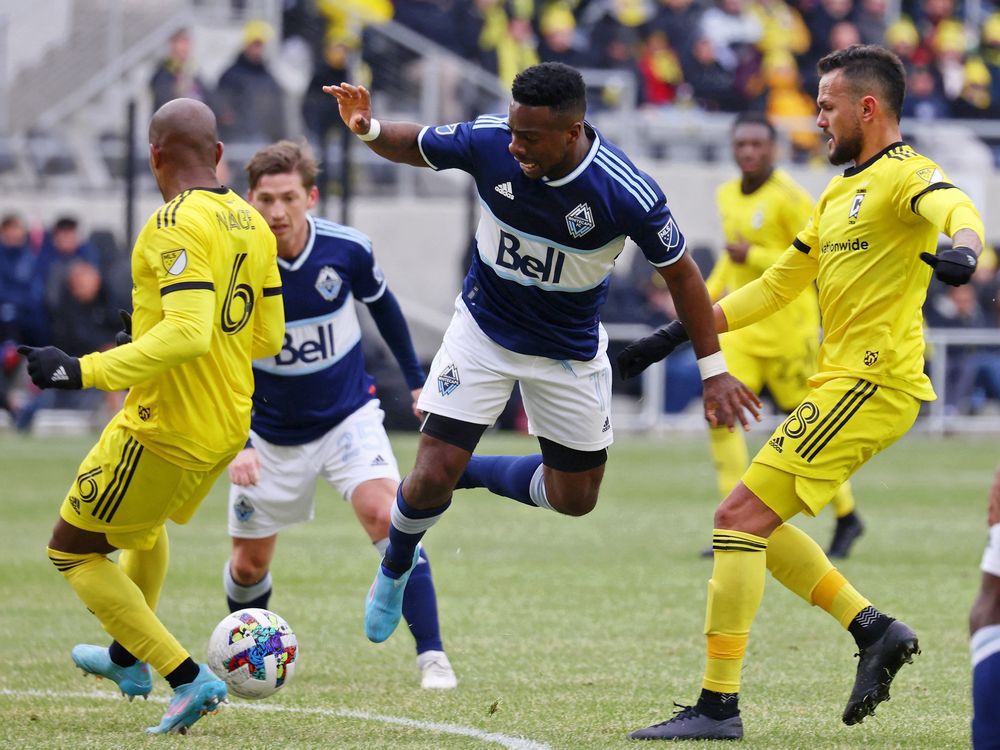 Locally the Whitecaps are off to an impressive start in part due to the fan base that they have garnered over the past season.

There is no question that the one who the city and soccer fans have embraced is Vanni Sartini, their head coach who at times acts more like a kid who is enjoying life to it’s fullest.

Say what you will, at times it’s more fun watching him with his antics than some of the visiting players who roll around trying to get either a yellow or red card for one of the Whitecap players.

Over the season to date management has made various changes and the most recent one is a contract extension for wingback forward Cristian Dájome for an extension through 2024, with an option for 2025.

In a press release from the Whitecaps they mentioned that prior to joining Whitecaps FC in February 2020 he assisted the Ecuadorian club Independiente del Valle to a historic CONMEBOL Copa Sudamericana championship.

He has moved around and prior to playing there he played in Ecuador and spent his career in Colombia starting with Bogotá FC.

Whitecaps FC sporting director Axel Schuster mentioned “Since arriving at the club, Cristian has proven to be an impact player in various positions and has taken on a larger mentorship role in the locker room, especially with our younger South American players.”

He continued “Cristian was in the final year of his contract and we are now excited to confirm he will be with us for a number of years. We look forward to seeing him continue his growth as a leader in our group on and off the pitch.”

Dájome, 28, has led Whitecaps FC in goal contributions since joining the team in 2020 with 16 goals and 11 assists, while also making the most appearances with 64 and playing the most minutes at 4,978.

At the start of the season he played forward or a wingback managing one goal and one assist in only five starts.

During his 10 pro seasons he netted 52 goals in 304 appearances at the club level.

We are hearing that their match against the Seattle Sounders FC at Lumen Field originally scheduled for Saturday April 30 has been rescheduled to Tuesday, June 14th with the kickoff confirmed at a later date.